Her Moravian choices were perfect 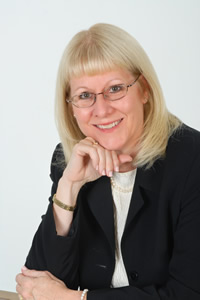 "Moravian grads are out there and are always willing to lend a hand. Really, Moravian is a truly a family, and I tell new students, ‘Welcome to the Moravian family,’ because that’s what we are."

As far as Candy Barr Heimbach ’79 is concerned, Moravian College was the perfect place for her to begin preparing for a career and for life. Her majors—psychology and elementary education—enabled her to succeed in her first vocation as a teacher and also laid the foundation for her second career as a top-ranked medical defense trial attorney.

“The liberal arts education and opportunities I had at Moravian were unparalleled,” says Heimbach. “In some cases, I took classes that I would not normally have selected, but those courses were in many respects the ones through which I experienced the greatest intellectual and personal growth.” She cites several professors as being strong role models and mentors, including Mary Faith Carson, a religion professor, whose class, Jesus and the Gospels, was one such class.

“Professor Carson challenged her students to excel both in and out of the classroom. She was a wonderful example of academic scholarship and intellectual rigor, but went out of her way to support and encourage her students, even during difficult times.”

Heimbach also remembers with fondness professors Jack Dilendik and Joan Cady, both of Moravian’s education department. “These professors taught me to think on my feet as well as how to be a good teacher. These are skills I use every day in a courtroom when I am defending a doctor at trial or explaining a complicated medical or legal issue to a jury. I am who I am today, in great part, because of what I experienced at Moravian,” she says.

Heimbach is a shareholder in the firm Marshall, Dennehey, Warner, Coleman & Goggin, where she has worked for 14 years. She supervises the Bethlehem Office’s health care group, overseeing and mentoring attorneys and staff who work on her team. First and foremost, however, she is a trial lawyer, defending healthcare providers involved in medical malpractice cases. She does her job so well, she has been recognized by a number of peer-rated organizations as a pre-eminent attorney in her field. She has been recognized every year since 2005 as a Pennsylvania Super Lawyer and for the last two years, has been named one of the Top 50 Women Pennsylvania Super Lawyers.

Heimbach also has received an AV Preeminent rating by LexisNexis Martindale-Hubbell since 1999, a significant rating accomplishment indicative of the highest level of professional excellence. She has been selected for inclusion into the 2012 edition of Martindale-Hubbell Bar Register of Preeminent Women Lawyers established exclusively for women attorneys who have received the highest possible rating in both legal ability and ethical standards from their peers. She also is a Fellow in the Litigation Council of America, an honorary society of trial lawyers, which is comprised of less than half of 1 percent of American lawyers. This designation is based on one’s effectiveness and accomplishment at the trial level and recognizes those attorneys of superior ethical reputation. “This is quite an honor,” she says.

Heimbach was a quiet high school junior in Pelham, N.Y., when she first visited Moravian with her brother. She planned to visit two other Lehigh Valley schools, but fell in love with Moravian at first sight. During her four years, she was a diligent student who also played varsity basketball and volleyball, worked on the yearbook and newspaper, and was a resident advisor. After graduation, she taught in a gifted program in the Bethlehem Area School District and was later an educational consultant for the Center for Humanistic Change. As part of her role at CHC, she ran a program at Saucon Valley Junior High School for at-risk students that stressed drug and alcohol prevention and self-esteem building. While there, she found another role model in school principal, Dave Arner, ’54, whom she calls a “great mentor.”

“Moravian grads are out there and are always willing to lend a hand,” says Heimbach. ‘I tell new students, ‘Welcome to the Moravian family,’ because that’s what we are.”

Early in 1982, Heimbach was seriously injured in a car accident, and used her recuperation time to reflect upon her career goal, ultimately deciding to attend the Dickinson School of Law in Carlisle, Pa. After graduation, she clerked for the Hon. Alfred T. Williams, Jr. ’52, President Judge of Northampton County Court of Common Pleas, and former chairman of Moravian’s Board of Trustees.

“Judge Williams was the epitome of integrity and provided enormous professional and personal guidance, which has had a great influence on my life,” she says.

Heimbach sums up her Moravian experience by saying, “Attending Moravian prepared me for all the challenges and opportunities of my life, made me a strong, independent woman, and fostered a desire to give back to the Moravian community, which has been such an instrumental part of my success.”