Moravian prepared him to go forward 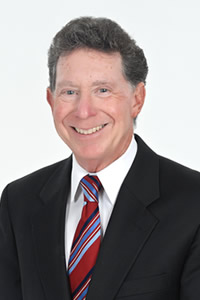 "The bottom line is, Moravian prepared me for my life."

When John Morganelli ’77 started law school at Villanova, he met fellow students who had graduated from large schools such as Princeton and Harvard. He realized he was in “a big pool with a lot of very smart people from very good schools.” And he realized that he had been well-prepared by Moravian to compete with these other students from highly competitive backgrounds.

“I always felt that I had received a really good, basic, strong college education at Moravian,” he says. “And I know that allowed me to do very well in law school. My Moravian education was strong and held up well when I entered this pool.”

Morganelli, an adjunct professor at Moravian who teaches the course, introduction to legal studies, which covers both criminal and civil law, is known throughout the Lehigh Valley as the tough District Attorney of Northampton County and 2008 Democratic nominee for Attorney General. He was first elected DA in 1991 when he was 35, and has been re-elected every four years since.

Morganelli was President of the Pennsylvania District Attorneys’ Association in 1999-2000 and has served as a Special Deputy Attorney General and as an advisor to the governor on crime issues. He is an experienced courtroom prosecutor and has argued first-degree murder cases at the state and federal levels.

Nationally, he is recognized as a frequent commentator on issues ranging from immigration to the death penalty. He is often seen on shows including 60 Minutes, The O’Reilly Factor, The Lou Dobbs Show, and others.

Morganelli’s first book, The D-Day Bank Massacre: The True Story Behind the Martin Appel Case was published in 2006 by SterlingHouse Publishing of Pittsburgh, Pa.

While at Moravian, Morganelli was a member of the service fraternity, Alpha Phi Omega (APO), tutor to members of the basketball team, and played intramural sports including basketball, flag football and baseball. When he was a senior, he was elected by his classmates to be commencement speaker.

Certain professors stand out in Morganelli’s memory including Gary Olson, who still is a professor in the political science department. “He and I struck up a dialog about political issues of the day and international politics,” says Morganelli. He also remembers a public speaking course when he gave a speech and commented that something was “not fair.”

“The instructor stopped me and said, ‘John, you will be a great leader someday, but never let me hear you say that something’s not fair, because life is not fair, and that is not a basis to argue a point.’

“That always stuck with me,” he says. “What my professors taught got me thinking about large issues and challenged me. What they said has shaped me professionally and personally and has stayed with me my whole life. The bottom line is Moravian prepared me for my life.”