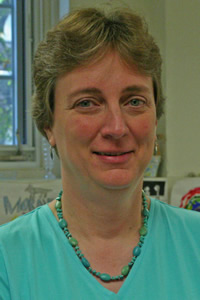 "Moravian gave me confidence, helped me grow personally, socially, and intellectually, and prepared me in ways I didn’t perceive until much later."

Here’s a riddle: an admissions counselor, history professor, music professor, and education professor at two different colleges meet a high school student weighing her options. She wants to combine her academic interests in music and social science. What do the colleges do? At one school, they tell her the two areas can’t be combined. At another—Moravian—they encourage her to apply for its innovative Add-venture program. Through careful scheduling and hard work, that student—Carol Traupman-Carr ’86—later earns degrees with teacher certification in both areas.

“The fact that Moravian was willing to have the conversation, to entertain the idea of this unusual combination, made them number one among my choices. And they did indeed help me through that complicated program,” she recalls. “That made all the difference.”

Now Moravian’s associate dean of academic affairs, Traupman-Carr extends the same helping hand she first encountered as an undergraduate to today’s students. Describing her role as “somewhere between traffic cop, assistant principal, and triage nurse,” she oversees the College’s academic program, acting as the guardian of its academic standards. She often helps students in danger of not fulfilling graduation requirements right themselves.

“The best part of my work is being able to successfully troubleshoot a problem for a student in a way that keeps them on track for graduation or solves some other scheduling, advising, or academic issue that might otherwise prevent them from continuing their education,” says Traupman-Carr, who also is a professor of music. “That’s very gratifying.”

A strong foundation, as Traupman-Carr knows, is essential for students getting ready to take on life’s challenges. “Moravian gave me confidence, helped me grow personally, socially, and intellectually, and prepared me in ways I didn’t really perceive and certainly didn’t appreciate until much later,” says Traupman-Carr, who earned Master’s and Ph.D. degrees in musicology from Cornell University. “The education and support I received at Moravian made it possible for me to get an Ivy League graduate education, and to be a productive and effective contributor to my alma mater now that I’m back.”