Back to Moravian College
Back
Biological Sciences

Kayla Troutman:  Is phosphorylation of Gap Junctions a requirement for their tumor suppressive function? 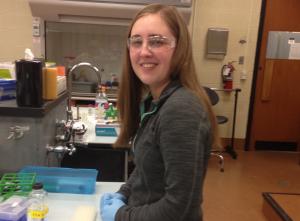 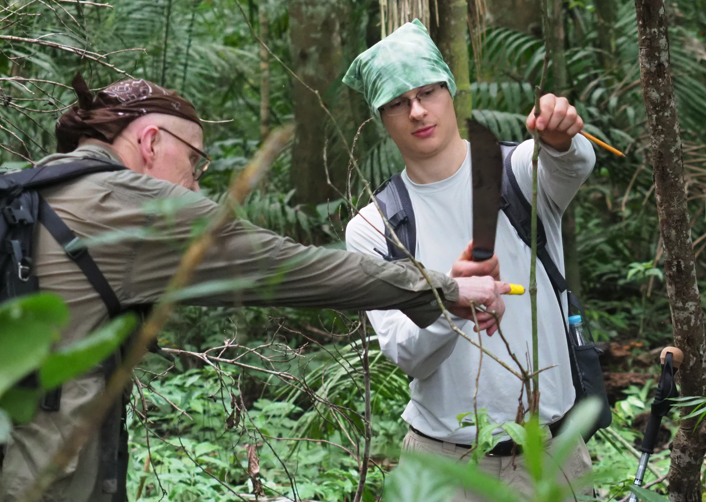 Kyle’s research focuses on a group of Neotropical plants that have mutualistic relationships with ants. Myrmecophytes, or ant-plants as they are called, are found principally in tropical forests of the Amazon. To investigate one of these relationships, Kyle traveled with Dr. Bevington to Cocha Cashu Biological Station in the Peruvian Amazon on a SOAR project to study the myrmecophyte Triplaris americana and its aggressive ants, Pseudomyrmex spp. Host plants provide their ants with domatia to make nests and raise their broods, and in some species the hosts produce food bodies for the ants. In return, the ants act like bodyguards defending their host plants from herbivorous insects. We suspected that Pseudomyrmex ants may also be fertilizing their hosts with nitrogen derived from foraging activities.  Kyle is continuing his work in an Honors project using stable isotope analysis to detect nitrogen transfer from the ants to the trees. 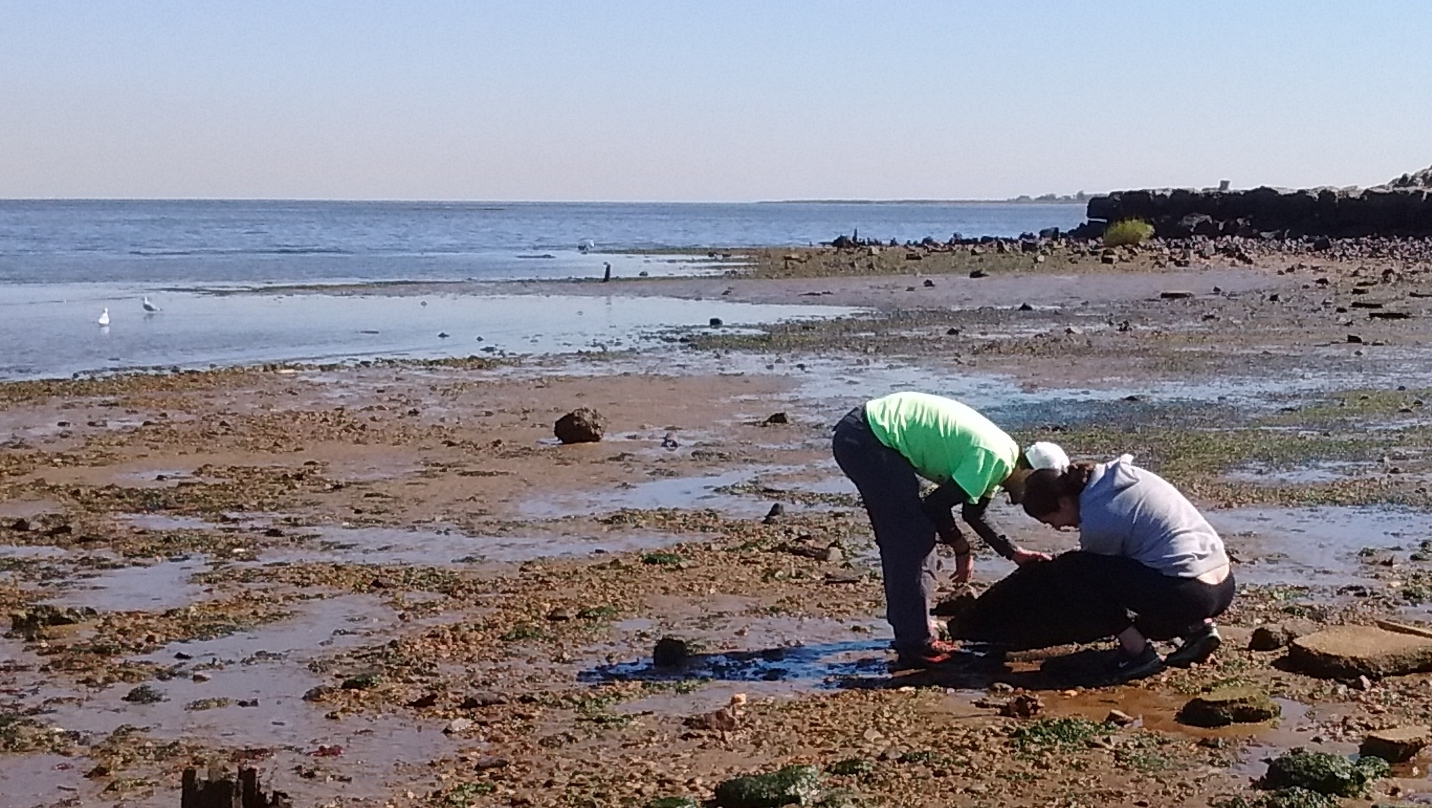 Maria was previously a religion major, but switched to biology her junior year and is now working on an Honors Project examining the effect of Ocean Acidification on the ability of snails and crabs to find food. She is working with Dr. Josh Lord to conduct a wide range of behavioral experiments in our seawater lab, all designed to measure how effective snails and crabs are at sensing chemical cues in the water. Marine animals use chemical cues to sense habitats, food, and predators, so an interruption in this sensory ability could have wide-ranging ecological implications (e.g. squirrels not running away from dogs!). Maria will be presenting this research at the National Council of Undergraduate Research meeting in Oklahoma in April. 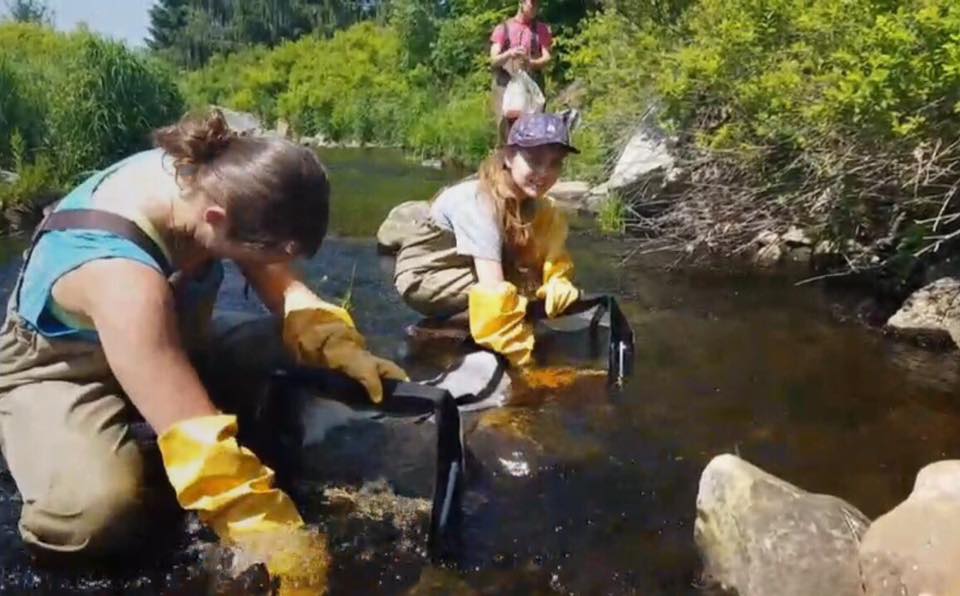 Catalina began her stream research as a SOAR project in summer of 2017, when she stayed on campus and worked with Dr. Frank Kuserk to assess the impact of dams on stream life. She used nets and buckets to sample stream macroinvertebrate populations both above and below dams at several field sites near Moravian College. She presented this SOAR research at the end of the summer, and has continued this work at an Honors Project, working with Dr. Lord to draw broad conclusions about how dams influence stream diversity. 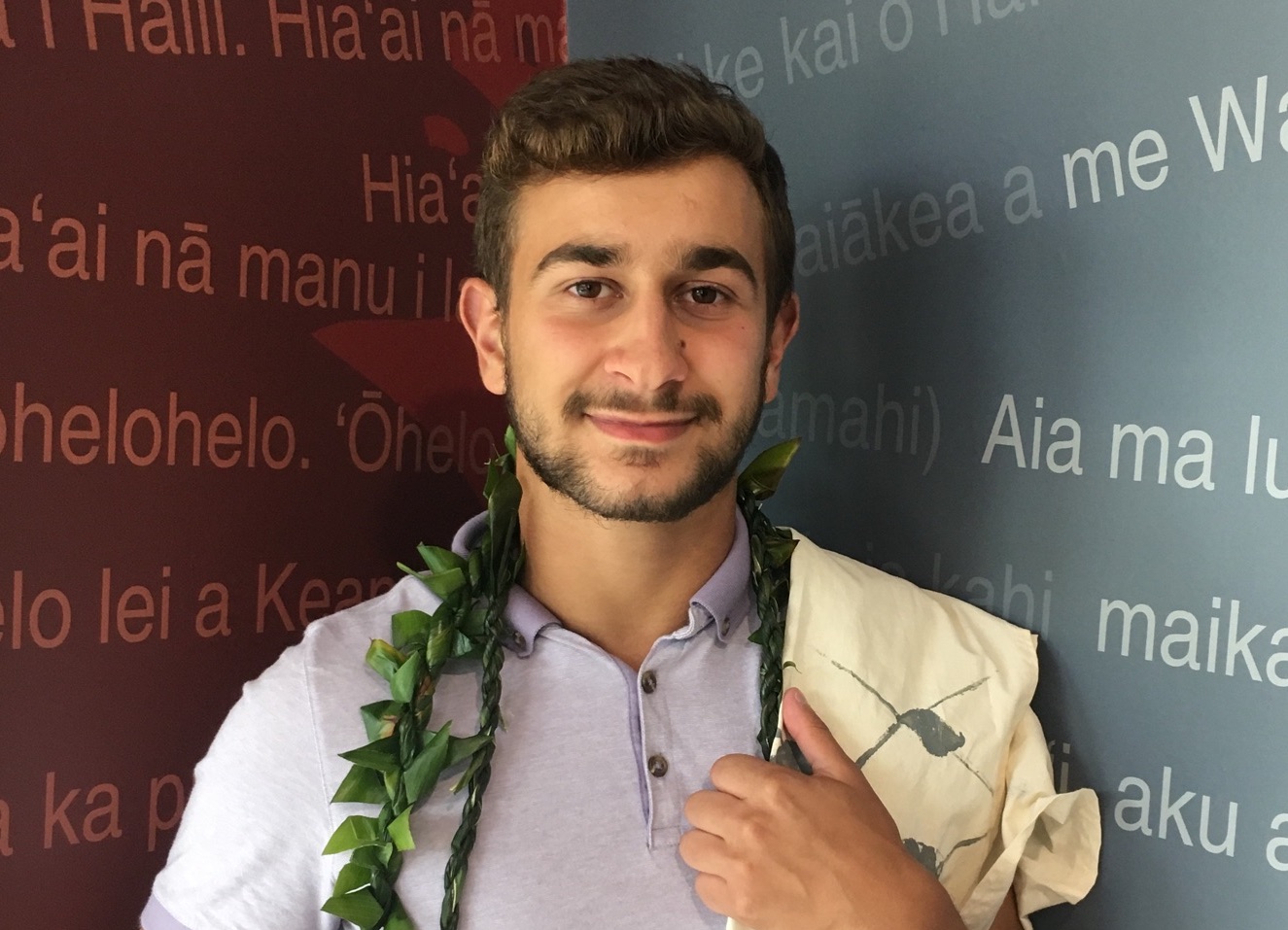 Adel Sharif is a Biology major interested in Wildlife Ecology and is working with Dr. Daniel Proud on his Honors Thesis. His project is focused on surveying mammalian populations at the Lehigh Gap Nature Center to understand how populations have changed in response to the environmental changes brought on by ecological succession. Using Sherman small mammal traps, as well as trail cameras, Adel is measuring mammalian populations across a number of different habitats to test the hypothesis that mammalian community structure is more complex today than it was when the last survey data were collected in 2009. 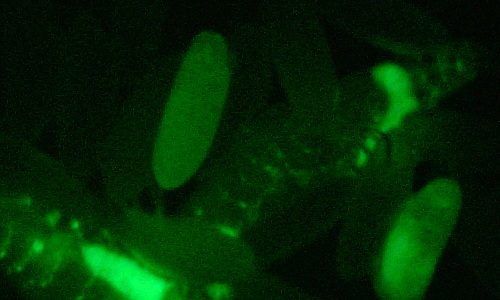 Previous research has shown that electroporation, the application of brief high-voltage pulses, can drive foreign DNA molecules into Drosophila eggs, where the cellular machinery can express the genes this DNA contains. Leanna has been building on this early work, first over the summer in a SOAR project and now as an Honors project, to adapt this technique so that she can use it with CRISPR, an incredibly powerful genetic tool which allows researchers to precisely modify DNA inside the cell itself. This will enable us to easily create any desired mutation in fruit flies and study its effects on the animals' growth, form, and behavior.

Rob, a recent graduate from Moravian College, returned in the Fall as a part-time student, teaching assistant, and researcher to gain more experience before applying to graduate schools for microbiology.  He currently works with Dr. Kara Mosovsky to compare antibiotic resistance in E. coli from conventional, organic, and kosher ground beef and ground turkey.  Rob helped design and adapt the project from online resources and protocols, and even helped implement a version of the project as an inquiry-based research project for Dr. Mosovsky's microbiology course, BIOL 235.  He is hoping to combine his backgrounds of ecology and microbiology in a PhD graduate program next year. 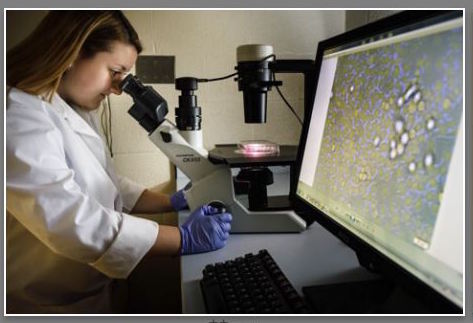 Michelle started her research in the Mosovsky lab during a SOAR project in the summer of 2017.  During that time she studied the effect of a selenium-based antioxidant on the intracellular killing of a bacterial pathogen, Burkholderia.  A curious finding led her to continue research as an independent-study project.  Working with a pre-established macrophage infection model, Michelle is trying to understand and characterize how selenium impacts other chemotherapeutics (antibiotics and activating cytokines) that kill Burkholderia, as a way to understand how selenium might be working in her infection model.

Ben Seitz: Effects of Personalized Music on Cognition of Patients Living with Dementia 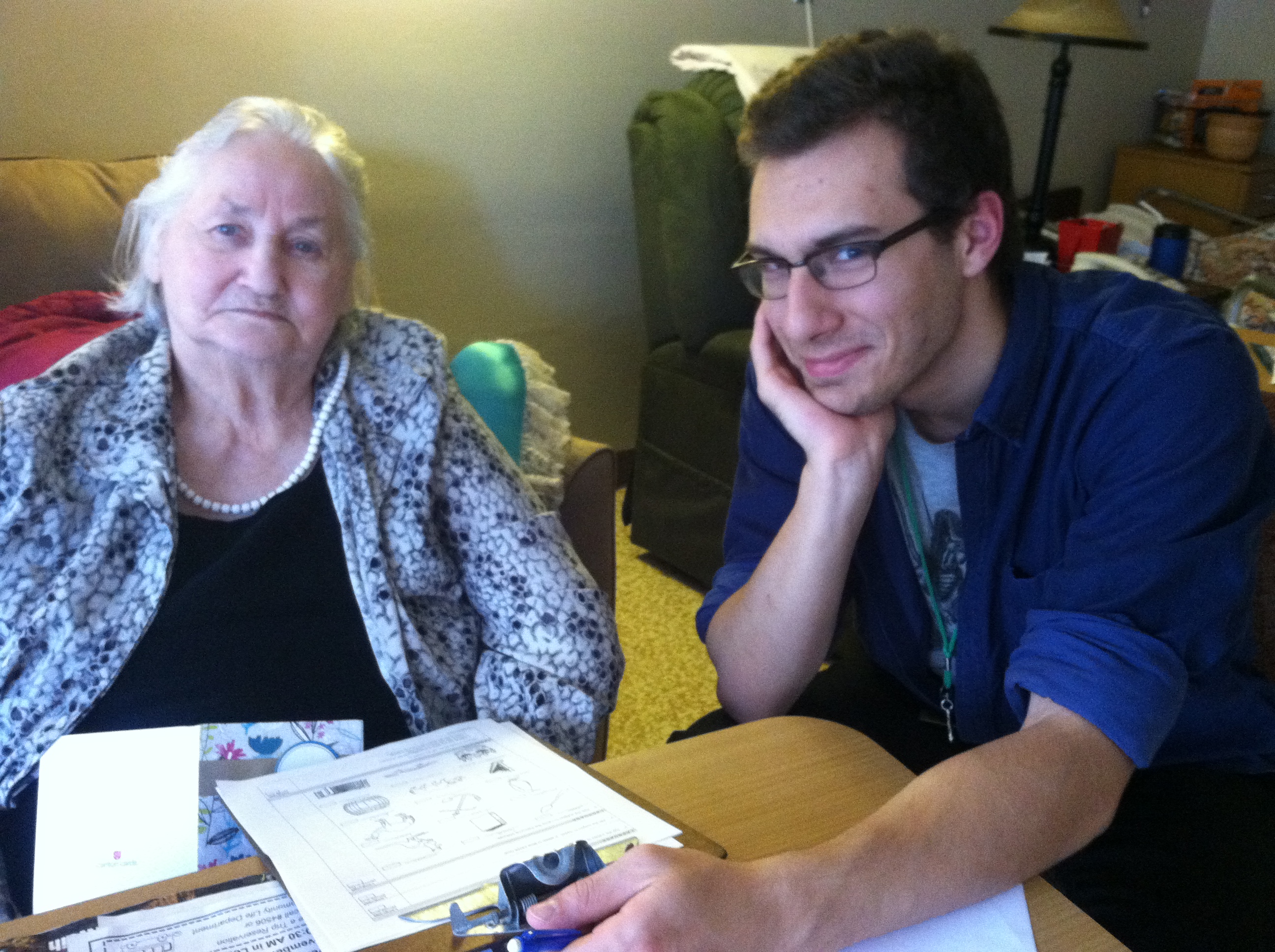 Music is known to become associated with positive events from a person's life so that hearing specific pieces of music years later evokes memories of the original experience while reducing states of anxiety. Ben is working with Dr. Cecilia Fox on this study, which is designed to measure cognitive changes resulting from regulated listening sessions of personalized music for residents in the Pheobe Richland Home, Quakertown, PA. The Addenbrooke's Cognitive Examination (ACE) is an effective measure of changes in cognitive impairment in this population and is the assessment tool for gathering quantitative data regarding language, memory, attention, fluency, and visual spatial domains. If the findings in this study are significant, this program will be introduced into the other branches of the Pheobe Homes.