Events include talk by Veteran and Author Bart Womack, panel discussion on the Vietnam War, and reading by Emeritus Professor Robert Stinson 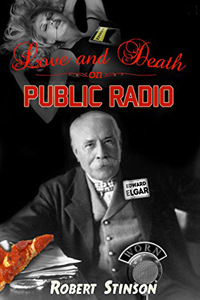 Bethlehem, Pa., April 3, 2015— Moravian College will advance the dialogue on “War and Peace” as part of its year-long IN FOCUS program when War veteran Bart Womack, author of Embedded Enemy, visits the College to discuss his book at a talk on Wednesday, April 8, at 7:00 p.m., in Prosser Auditorium. On Monday, April 13, a group of alumni will visit to campus at 7:00 p.m. for a panel discussion titled “Moravian College and The Vietnam War: An Inter-generational Conversation.” The events are open to the public and free of charge.

The panel will include Robert Stinson, emeritus professor of history, and alumni John Harting ’71, Carol Henn ’68, and Paul Shelly ‘73. The panel talk coincides with an art exhibition at the Paty Eiffe Gallery in the Haupert Union Building (through April 20). Stinson will give a reading from his new novel, Love and Death on Public Radio (Water Tower Books, 2014) at 4 p.m.

Love and Death on Public Radio involves a history professor at Coryhanna College in Hebron who broadcasts classical music on WORN-FM, Public Radio, and sings baritone in a big Episcopal church. “While readers will be hard pressed to find anyone they know in Love and Death, a lot of it was suggested by at least the psychology of the teaching, broadcasting and singing I did when I lived in Bethlehem,” Stinson explained. “The novel takes the form of a murder mystery and satire on public radio itself, but it does also try to address a moral question: What responsibility do we have toward people in trouble, even in peril of their lives, even people we despise?”

The book is available in Kindle format at Amazon.com. Stinson retired from Moravian College in 2004. He lives in Oberlin, Ohio, and teaches history part-time, a course each semester, at Baldwin Wallace University. 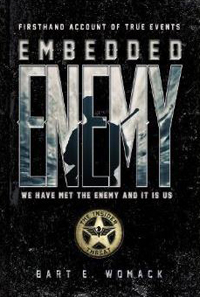 Embedded Enemy is the true story of the unprecedented, deadly attack against the men and women of Headquarters and Headquarters Company First Brigade, 101st Airborne Division. Shortly after deploying for the war in Iraq, the Bastogne Brigade was staged at Camp Pennsylvania in Kuwait, where they prepared for combat against Saddam Hussein’s Baathist regime. During early morning hours of 23 March 2003, a fellow American soldier, Sergeant Hasan Akbar, threw hand grenades into his Chain of Command’s tents. He then followed up with small arms fire while his commanding officers slept, killing two officers and wounding 12 others.

Womack is a retired command sergeant major whose distinguished military career included time as a drill sergeant, senior ranger instructor, and relief commander and sergeant of the guard at Tomb of the Unknown Soldier. He served at every level of command sergeant major in the 101st Airborne Division (Air Assault) at Fort Campbell, Kentucky, along with numerous other accomplishments. Since retiring, Womack has worked in the entertainment industry, as an actor, and a military technical advisor for feature films and television. He has a Bachelor of Science Degree in Business Management from Park University and is a graduate of the United States Army Sergeants Major Academy Class 48.

The Student Veteran Committee at Moravian College is the sponsor of the Bart Womack talk as part of  IN FOCUS | War, Peacebuilding and the Just Society. Moravian College encourages persons with disabilities to participate in its programs and activities. If you anticipate needing any type of accommodation or have questions about the physical access provided, please contact The Career Development Center at 610 261-1509 prior to the event.

Moravian College is proud to be a partner institution with the US Department of Veterans Affairs (VA) and participant in the Yellow Ribbon Program, an initiative designed to help people who have served in the military in the post-9/11-era, or their dependents, attend the college of their choice.

Military personnel (and their dependents) who have served or are currently serving our country can take advantage of education benefits available through Veterans Affairs. Moravian College's veteran advocate is Melissa Labrie, Associate Director of Financial Aid, 610-861-1330, labriem@moravian.edu or veterans@moravian.edu.