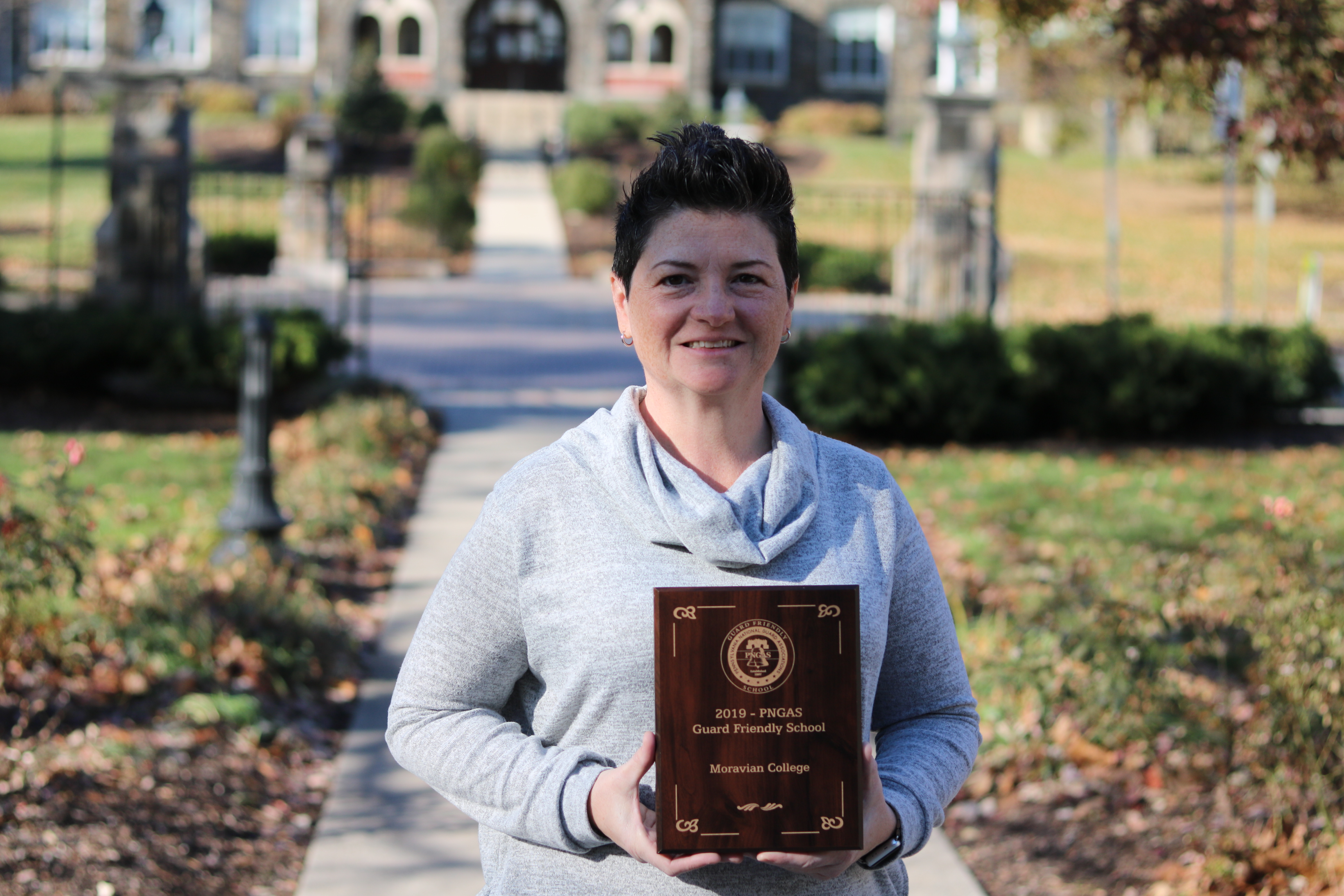 Bethlehem, PA, November 15, 2019: Today, Moravian College announced that the Pennsylvania National Guard Associations (PNGAS) have included the Bethlehem school among the 30 colleges and universities that have earned the inaugural PNGAS Guard-Friendly School designation. The announcement was made during the 2019 PNGAS Awards Celebration held on November 8 in Lancaster, PA. The Pennsylvania National Guard Associations (PNGAS) is a non-profit organization whose sole mission is supporting the men, women and veterans of the National Guard and their families.

“As a veteran myself, I am very proud that Moravian has been included in the list of schools earning the PNGAS Guard-Friendly designation,” said Marilyn Kelly-Cavotta, director of veteran and military affairs at Moravian College. “The college has made a concerted effort to provide extensive support for our National Guard members and veterans on campus, and we’re hopeful this sends the message to all veterans that there are schools in Pennsylvania equipped to support them.”

The PNGAS board approved the 30 self-nominated institutions to be named as 2019-2020 PNGAS Guard-Friendly Schools for the 2019-2020 academic year.  Of the more than 480 schools eligible to receive EAP funds, only these schools have earned the right to be designated a PNGAS Guard-Friendly School.  In 2020 PNGAS and the EAC are reviewing several additional standards to help more members, veterans and their families get advanced degrees.

PNGAS is a non-profit organization, not associated with or legally connected to the Pennsylvania National Guard, the state or federal government, the US Military or the Pennsylvania Department of Military and Veterans Affairs.