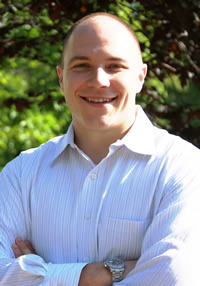 Brian began his career at Johnson & Johnson, where he served in various capacities within sales, business analytics, health policy and reimbursement, within the company’s Leadership Development Program. Brian then served as a co-founder of a biopharmaceutical consulting firm, PharmaStrat. PharmaStrat was subsequently acquired by the Decision Resources Group in 2011. Currently, Brian serves as a Chief Operating Officer for US Market Access Services and Insight Products at the Decision Resources Group.

Brian has been recognized as both a thought leader and mentor in the pharmaceutical industry. In 2008, Brian was named by PharmaVoice Magazine as one of the 100 Most Inspiring Leaders in the Pharmaceutical Industry. Brian is an active supporter of higher education, serving as a guest lecturer to undergraduates and graduates, at the Wharton Business School, University of the Sciences Philadelphia, and Moravian University, as well as in his service on the Board of Trustees for Moravian University. Brian is also actively involved in supporting innovation in the Life Sciences Industry, in the Philadelphia area, through his active involvement as a Business Advisor with the University City Science Center.