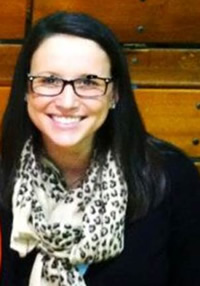 While attending Moravian I interned with the City of Bethlehem in their Human Resources department in 2009, and with the USGA in Merchandising and Licensing at the 2011 U.S. Open at Congressional.

Graduated from Georgetown University in December 2012 with a Master of Professional Studies in Sports Industry Management. While attending Georgetown I interned with the Georgetown Athletic Department in ticket operations during the 2011 academic year, with Major League Baseball (MLB) in Special Events during the summer of 2012, and with the National Football League Players Association (NFLPA) from September 2012-February 2013.

Presently working for the United States Golf Association (USGA) in Far Hills, NJ as the Coordinator of Customer Service and Ticketing for the U.S. Open in the U.S. Open Admissions department. I deal with only the U.S. Open golf tournament, one of 4 Major Championships in golf. I work with our ticket customers throughout the year with any problems, or questions regarding the tournament, tickets, hospitality, and logistics during the week of the Championship.