One 300 level course must be taken at the University in the senior year.

All students majoring in German will be required to study abroad for a minimum of one semester (taking three courses minimum) in a country where German is the principal language. Courses taken during study abroad must be approved by the department prior to the student’s registration for the program.

All non-native speakers of German who are candidates for secondary teacher certification are required to pass the American Council on the Teaching of Foreign Language (ACTFL) Oral Proficiency Interview (OPI) with a minimum grade of Intermediate High in order to be recommended by the Department of Modern Languages for student teaching. 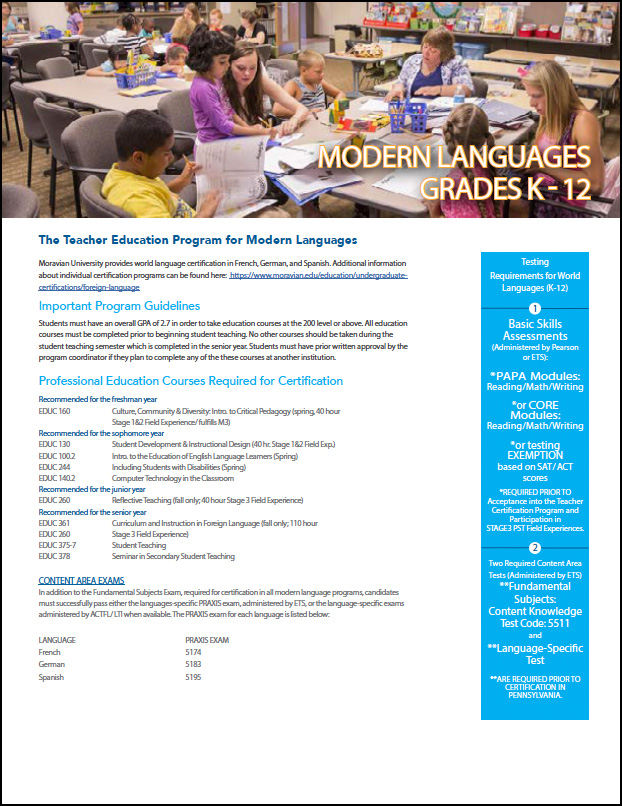