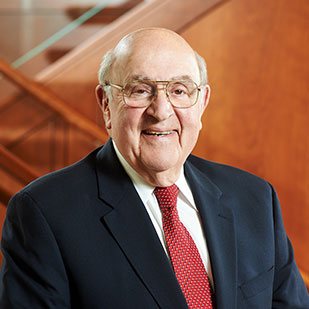 The Honorable Mason Avrigian ’56 received the 2019 James P. Fox Trial Lawyer of the Year Award, presented by the Montgomery Bar Association Trial Lawyers Section, for his immeasurable contribution to the trial lawyers of Montgomery County, Pennsylvania.

Avrigian is a former Judge of the Court of Common Pleas of Montgomery County’s 38th Judicial District and today  is one of the most sought after arbitrators/mediators in the Delaware Valley, dedicating his entire practice to Alternative Dispute Resolution. He has mediated or arbitrated more than 1,000 disputes or claims, the majority of them on the trial lists of the Five County Southeast Region of the Commonwealth. A past member of the Board of Governors of the Pennsylvania Bar Association, Avrigian has served as a delegate in its House of Delegates for more than 30 years. He was a trustee of the Board of Trustees of the Pennsylvania Bar Insurance Fund and Trust Fund and serves as its chairman. He was appointed and served as a hearing committee member of the Disciplinary Board of the Supreme Court of Pennsylvania. He is a past President of the Montgomery Bar Association and a past President of the Desmond J. McTighe Chapter of American Inns of Court. Avrigian has made presentations for the Pennsylvania Bar Institute CLE Programs on numerous topics including civil practice, family law, ethics, and retirement.

Prior to serving on the bench, Avrigian was a Special Assistant to the Attorney General of the Commonwealth of Pennsylvania from 1962 through 1968. In his practice, he served as Solicitor for School Districts, Authorities, Boroughs, and Townships. He tried jury and non-jury civil trials on behalf of both Plaintiffs and Defendants from 1960–1976. Over the last 10 years, he has served as a member and chairman of the Governor’s Judicial Selection Commission on numerous occasions.—This article was adapted from a piece published in the Pittsburgh City Biz List. 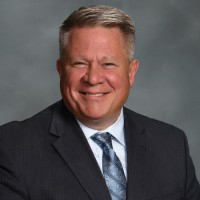 James Fereno ’88 has joined Provident Bank in Bethlehem, Pennsylvania, as vice president, senior relationship manager with the Lehigh Valley Commercial Lending Team. Fereno will be responsible for working with local businesses to grow the bank’s commercial loan portfolio by offering a variety of deposit and lending solutions. In addition, he will manage a portfolio of business customers based in the Lehigh Valley.

Fereno has more than 25 years’ experience in commercial lending, and most recently served as senior relationship manager with Fulton Bank. He has held similar positions with M&T Bank, KNBT Bank, PNC Bank, and Mellon Bank.

Jonathan Ritter ’10 has joined Valley National Financial Advisors (VNFA) as a financial planning associate. Ritter is a certified financial planner professional and a certified public accountant with more than 10 years of experience. He will work out of Valley National’s Bethlehem headquarters as part of a service team supporting clients of ExecutiveEdge financial advisers. He will review individual executive compensation packages and provide personal financial planning support for VNFA’s corporate client relationships. Ritter holds his Pennsylvania life, accident and health license as well as Series 7 and Series 66 certifications
.