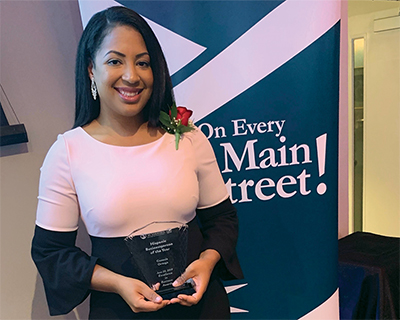 Genesis Ortega ’13, who earned her BA in international management and French and is fluent in both French and Spanish, was named Hispanic Businessperson of the Year during the Greater Lehigh Valley Chamber of Commerce Excellence in Business Awards held on June 20, 2019. Ortega is the host of PBS39′s Spanish-language talk show, “Es Tiempo Lehigh Valley.” This weekly program highlights the diversity and cultural essence of the Latino community in the Greater Lehigh Valley. She also serves as membership and community engagement ambassador for the Lehigh Valley’s public media station. 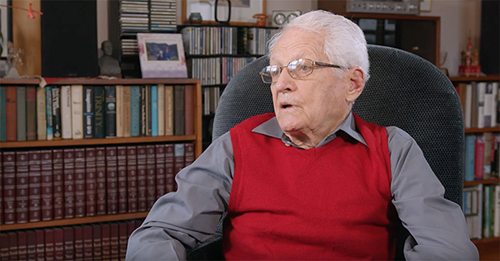 “What Was I Saved For?”: The Ivan Backer Story

In 1969, the Hartford Foundation made a grant to Trinity College in Hartford, Connecticut, to create a position dedicated to building a relationship between the college and the surrounding community. Ivan Backer ’49, an immigrant who escaped the Holocaust, filled that position. Backer founded the Southside Institution Neighborhood Alliance, and his work has resulted in significant improvements in the Frog Hollow neighborhood. In recognition of Backer’s accomplishments, the Hartford Foundation created this video. “It highlights Ivan's story and shows how the actions of one self-described ordinary man can have a massive ripple effect on his community.” 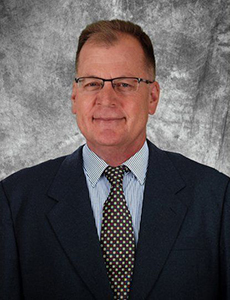 The law firm Norris McLaughlin, P.A. appointed Emil Giordano ’82 co-chair of its Litigation Practice Group where he will focus on estate and commercial litigation and mediation and arbitration.

From 2004 through 2018, Giordano served as a presiding judge on the Court of Common Pleas of Northampton County, Third Judicial District. He was Northampton County’s first administrative judge of the Orphans County Division, overseeing estates and trusts of the county, and was named to the Statewide Orphans Court Task Force, an organization charged with implementing changes to Orphans Court. Giordano was also the first judge in Pennsylvania to institute guardianship certification requirements for the protection of senior citizens.

As an arbitrator and mediator, Giordano is certified through Harvard Law School Negotiation Institute in Advanced Mediation, is a fellow of the American College of Civil Trial Mediators, and is affiliated with the American Arbitration Association Mediation.

In July, Bethany College in Lindsborg, Kansas, named Elizabeth Mauch ’93 interim president. Mauch has been serving as acting president since July 8 and currently serves as vice president of academic affairs at Bethany. Mauch holds a bachelor’s degree in mathematics from Moravian College and a master’s degree and doctorate in mathematics from Lehigh University.

Lucas Malishchak ’04 has been named director of the Pennsylvania Department of Corrections' Psychology Office. He had been serving as acting director since October 2017, when former director Dr. Robert Marsh was named warden of Blair County Jail and later was named superintendent at SCI Benner Township.

As director of the Psychology Office, he is responsible for the oversight and direction of psychology services delivered in the PA DOC, including services provided to approximately 14,000 inmates and work performed by more than 300 mental health care professionals. Malishchak directly manages this centralized and statewide administrative oversight responsibility by supervising a team of four clinical psychologists (i.e., regional licensed psychologist managers) and a corrections treatment program services administrator. Read more.

Skout Cybersecurity, which serves small and mid-sized businesses appointed Don O’Neill ’96 as chief financial officer to guide the firm’s financial strategy and oversee internal operations. O’Neill brings more than 20 years of financial experience to his new position. Prior to joining Skout, he was Senior Vice President of Operations at Datto Inc., where he was responsible for the global supply chain and logistics for the company’s hardware business, while overseeing facilities management and internal operations. O’Neill earned a BA in accounting at Moravian and has his CPA. 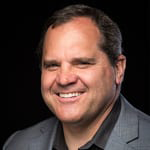 Lyons Named One of the Coolest SIEM CEOs

The technology website Solutions Review named Bob Lyons ’89 of Alert Logic one of the 10 coolest SIEM (security information and event management) CEOs of 2019. From their website: Starting our list of coolest SIEM CEOs, Bob Lyons leads Alert Logic with more than 25 years of executive experience. As such, he directs Alert Logic’s technology innovations and operations. Additionally, Mr. Lyons’ experience includes serving President and Chief Operating Officer (COO) of Connexions  Prior to that, he served as Executive Vice President, Technology and Operations at Ascend Learning. Mr. Lyons received a BA in business and management from Moravian College. Additionally, he earned an MS in management and technology from Rensselaer Polytechnic Institute. 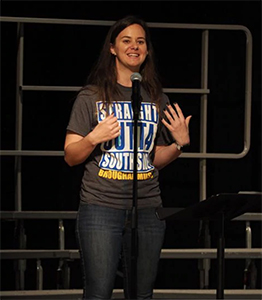 Putlock Made Quarterfinals for Grammy Award

Amy Putlock ’10, MEd ’17 was chosen as a quarterfinalist for the Music Educator Award, which will be presented at the Grammy Awards in February. Putlock is a general and vocal music teacher at Broughal Middle School in Bethlehem. Putlock is among 189 quarterfiinalists from 179 cities.

Kurt Poling ’89, senior vice president-investments at Wells Fargo Advisors in Bethlehem, has been recognized as a 2019 Forbes Best-in-State Wealth Advisors Ranking by Forbes/SHOOK Research, LLC. Poling has nearly 30 years of experience in the financial services industry. He earned his BA in business management from Moravian. 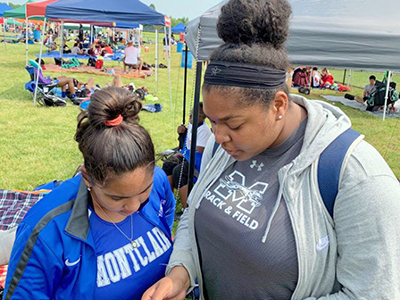 Greyhound women’s basketball and track and field standout Ciara Stewart ’18 has been hired by Montclair High School, her alma mater, to coach shot-put and discus for the track and field team. Stewart also coaches the girls freshman team and assists with the varsity squad.

“I love that I was given the opportunity to coach at Montclair High School,” Stewart told the Montclair Local. “For one, I am able to give back to the community that gave me so many opportunities. Everything I do is for the athletes I coach, so I enjoy watching them grow and seeing the many changes and improvements that take place in the sports I help coach.

“Of course, everyone wants to win, but I also strive to help the athletes I coach grow on and off the sports platform,” she adds. “There’s so much more to coaching. It isn’t just about making a better athlete. Coaching is also about teaching. All the athletes I have coached have taught me something new every day, so I hope I’m accomplishing teaching them, just as they teach me.” 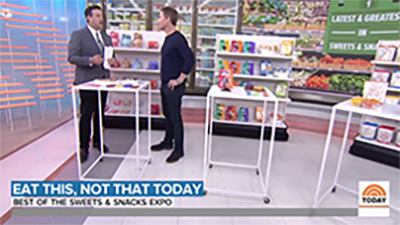 Zinczenko Shares the Best of the New Healthy Snacks

David Zinczenko ’91, founder of Eat This, Not That, appeared on NBC’s Today to present the tastiest of the healthy snacks he sampled at this year’s Sweets & Snacks Expo in Chicago. View the segment here.

Rebecca Marucci MSAT ’18 traveled to Japan this past May to present a case study at the World Federation of Athletic Training & Therapy. This marks the first international presentation for a student or alumnus of the Moravian College MSAT program.

After serving as acting principal of Saucon Valley Middle School for four months, James Deegan ’97 accepted the position on a permanent basis with unanimous approval of the school board.

Deegan has worn several different hats at Saucon Valley School District over the years. Prior to being the interim middle school principal, he was the associate principal for kindergarten and first grade at Saucon Valley Elementary School for two-and-a-half years. From 2007 to 2016, he served as supervisor of assessment and instruction for the school district. In addition to is BS from Moravian, Deegan holds an MS from Wilkes University and Delaware Valley College as well as a superintendent letter of eligibility from Lehigh University.