Back to Moravian College Blogs
Back
Math and Computer Science 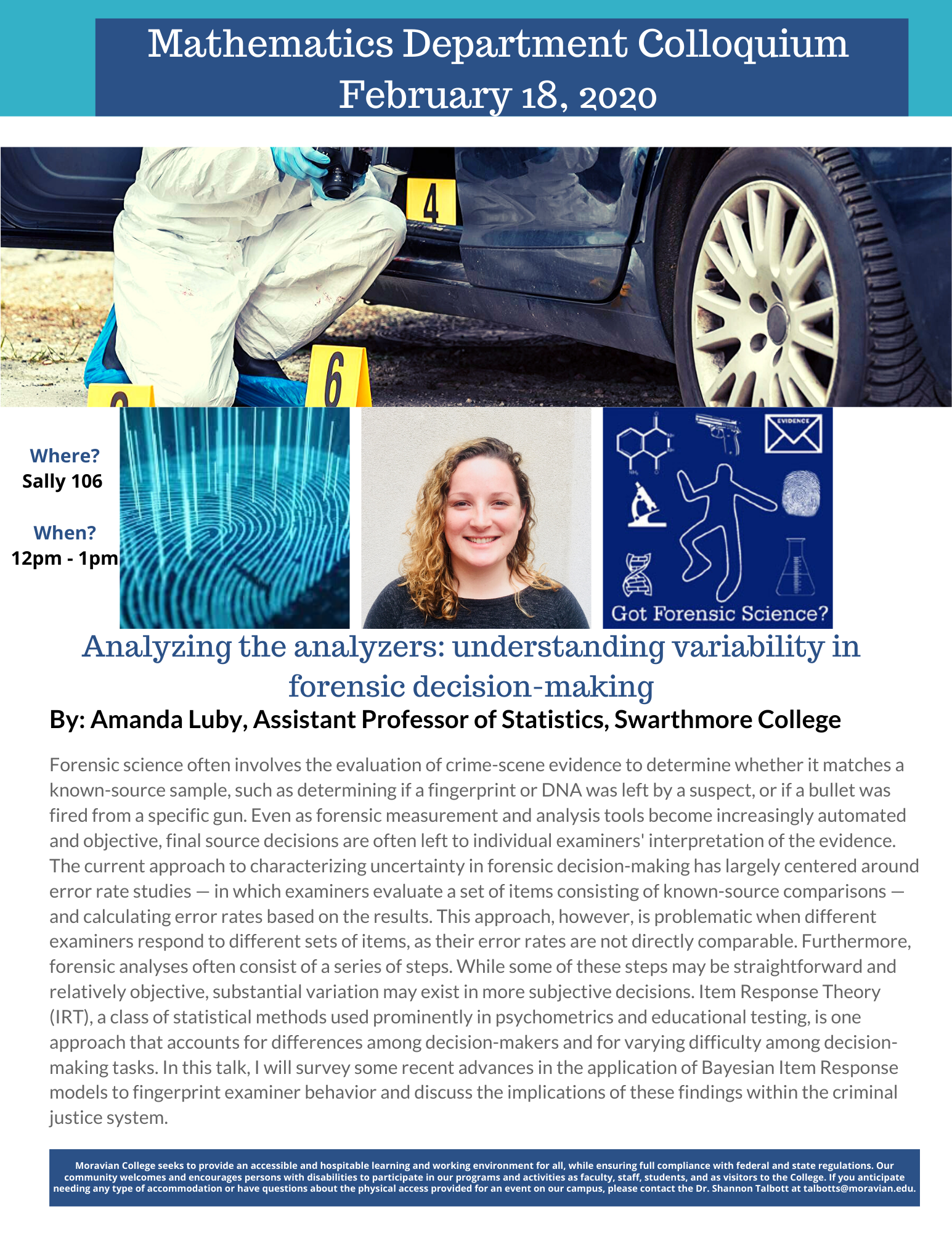 Please join the Mathematics Department for a Colloquium

Abstract: Forensic science often involves the evaluation of crime-scene evidence to determine whether it matches a known-source sample, such as determining if a fingerprint or DNA was left by a suspect, or if a bullet was fired from a specific gun. Even as forensic measurement and analysis tools become increasingly automated and objective, final source decisions are often left to individual examiners' interpretation of the evidence. The current approach to characterizing uncertainty in forensic decision-making has largely centered around error rate studies — in which examiners evaluate a set of items consisting of known-source comparisons — and calculating error rates based on the results. This approach, however, is problematic when different examiners respond to different sets of items, as their error rates are not directly comparable. Furthermore, forensic analyses often consist of a series of steps. While some of these steps may be straightforward and relatively objective, substantial variation may exist in more subjective decisions. Item Response Theory (IRT), a class of statistical methods used prominently in psychometrics and educational testing, is one approach that accounts for differences among decision-makers and for varying difficulty among decision-making tasks. In this talk, I will survey some recent advances in the application of Bayesian Item Response models to fingerprint examiner behavior and discuss the implications of these findings within the criminal justice system.