Back to Moravian College Blogs
Back
My Moravian

Crabs and Waves in Oregon 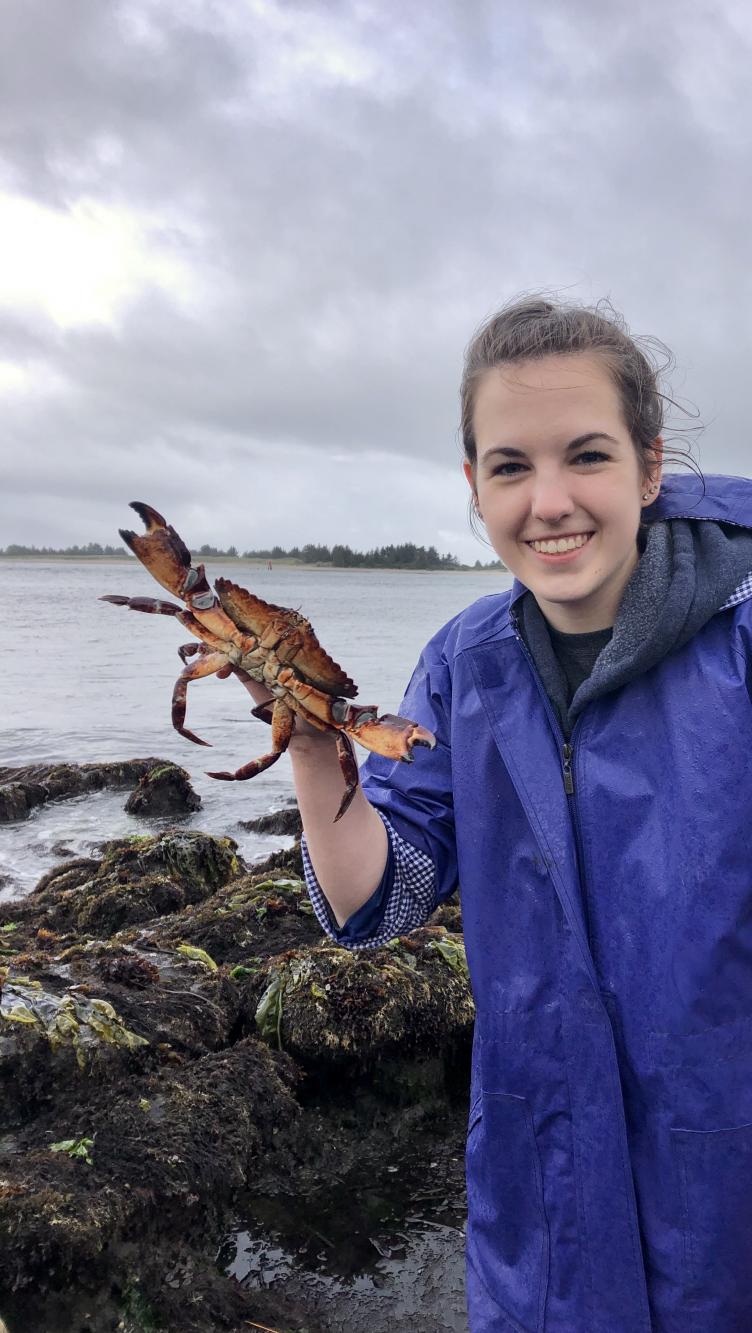 hard to wake up early, however, when you have a full day of exciting things ahead of you! We met for breakfast at 7:00am, then hopped into our waders and set out for Fossil Point! This site was not exposed to waves, and Dr. Lord chose Fossil Point for today's adventures because of the heavy winds that were causing 20ft waves at many of the Oregon coasts. This field site was much different than previous sites we have gone to; it consisted of a very sandy terrain with a lot less rocks and a vast array of seaweed! The seaweed was so abundant because there were less predators, such as snails, to eat away at it! This site was also very stinky, which Dr. Lord soon explained was from the bacteria under the surface of the sand that was producing hydrogen sulfide due to the lack of oxygen. After walking over to the very small rocky section, we soon found out that this area was also home to many little critters. One of the first rocks we flipped exposed three very large rock crabs, one of which Aleks decided to pick up and juggle around as he tried to avoid getting pinched. I don’t know how he did it, but he somehow managed to escape the crabs massive claws!  Following this excitement, we continued to wander around Fossil Point and found many other animals, including a massive wolf eel! In the really sandy areas we dug for clams and shrimp, and we were able to dig up many clams but did not get as lucky with the shrimp, that is, until we headed back to the van. We then realized that we did not have to travel more than 20 feet from the road, where we found all the little holes as evidence of the shrimp burrowed under the sand, which we collected with the shrimp gun.

Before class this afternoon, Dr. Lord took us on a little field trip to Shore Acres, where we were able to look 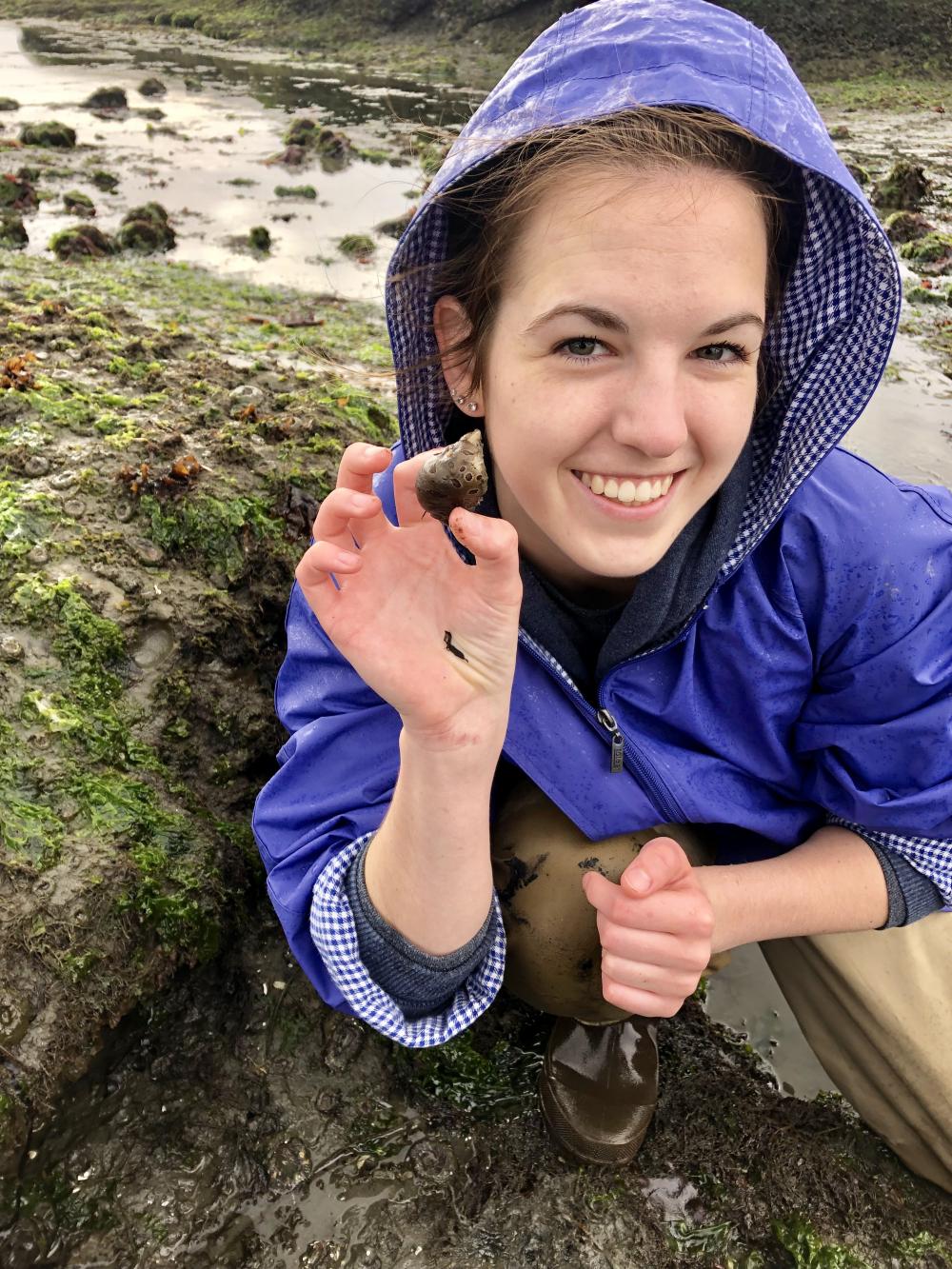 out at the massive waves as they hit the rocks near the shore. I have never seen waves this big, and all that can be heard in the background of my videos, besides the crashing of the waves, were the “oohs” and “ahhs” of the rest of the group! We then ended the night by watching the movie “Perfect Storm,” which had a great storyline but a very depressing ending. This movie made me realize that the waves we saw at Shore Acres today were nothing compared to what they can become! 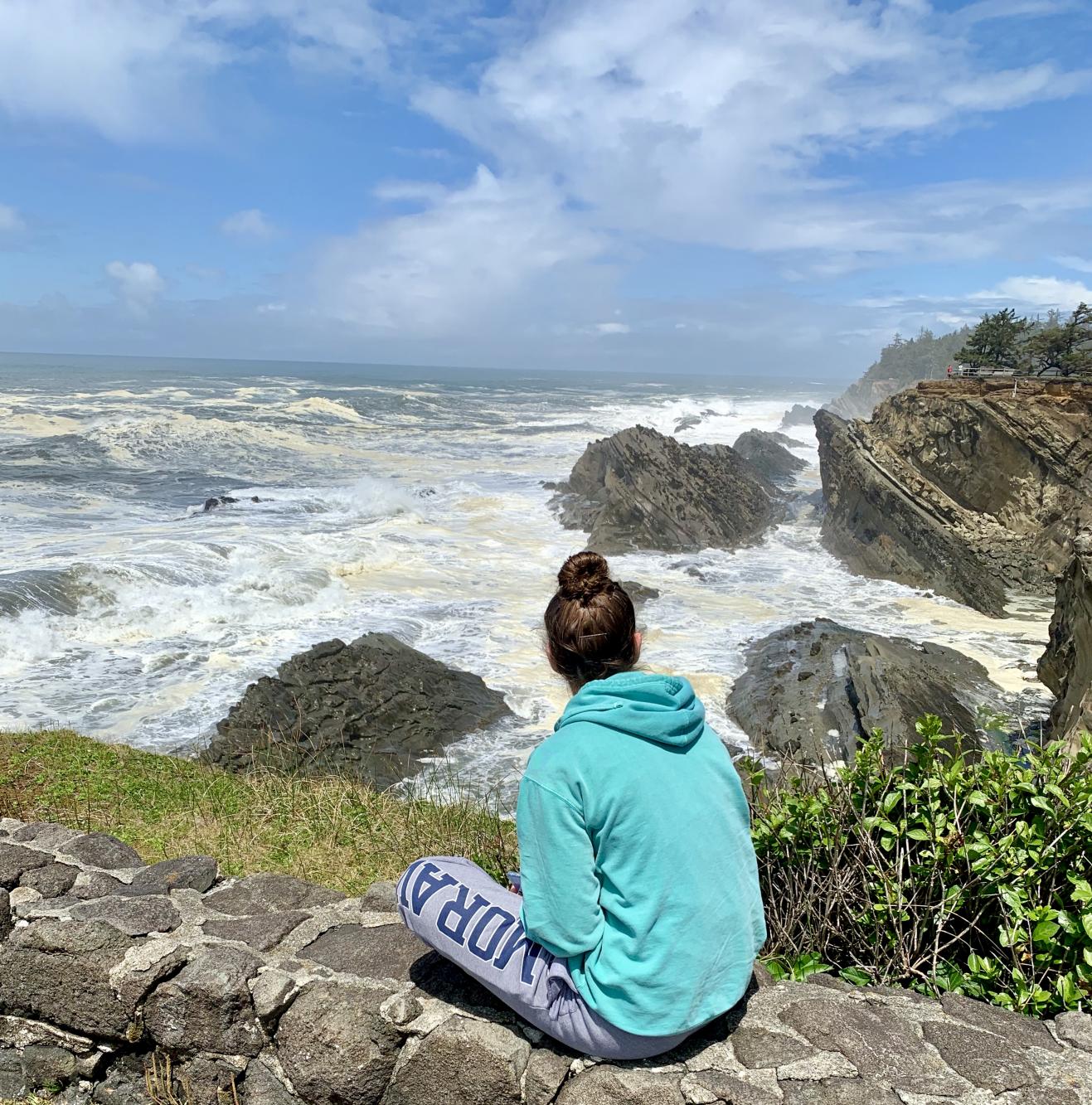