Room will be named to honor Gordon Mowrer 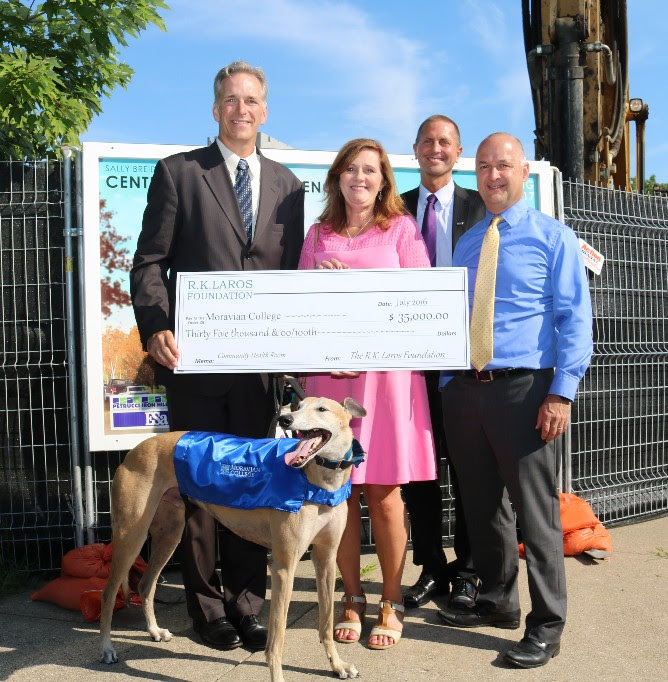 Bethlehem, Pa., August 3, 2016---Moravian College was recently awarded a $35,000 grant from the R.K. Laros Foundation, Inc. to support a community health room in the College’s new Sally Breidegam Miksiewicz Center for Health Sciences. The Laros Foundation will name the room for Gordon Mowrer, a Moravian pastor who served as mayor of Bethlehem and was a trustee of the Laros Foundation. Mowrer passed away in July.

While clinical training in hospital settings is commonplace in nursing programs, the community health room replicates the family room of a home, providing a space where students will develop critical skills interacting with patients and family members in a home setting and practicing challenging scenarios like delivering the bad news of a diagnosis. These interpersonal skills are essential preparation for the two full rotations in community health practice settings required of all students in Moravian’s pre-licensure baccalaureate program.

“The Foundation is ecstatic that the community health room will be named in honor of our dearest friend, Gordon Mowrer,” says Laros Foundation Trustee Laurie Gostley-Hackett, “and we are lucky to be part of the incredible work that Moravian College continues to do.” Fellow trustee George Mowrer, Gordon’s son, shares that his father was honored by the recognition, especially because some of the fondest memories of his career were from his time as chaplain at St. Luke’s University Health Network.

"Moravian is proud of its long relationship with the Laros family and the Foundation,” says Moravian College President Bryon L. Grigsby. “We are thrilled by their support of the community health room in our new Center for Health Sciences, which will enable high-quality training of nursing students to work in community settings across the Lehigh Valley and beyond. Naming the room in honor of Gordy Mowrer makes it all the more special for me, personally, as well as for the College."

Mowrer served as mayor of Bethlehem from 1974-1978 and again in 1987 and is credited with preserving and restoring the city’s historic character. Later he was elected city councilman and served from 2004 through 2011. In February 2013, city officials honored Mowrer with a plaque dedicated at Main and Market streets that celebrates the "Main Street Mayor."