Jeffrey Toobin, Senior Legal Analyst For CNN, To Speak At Moravian College On How the Election Will Shape the Supreme Court 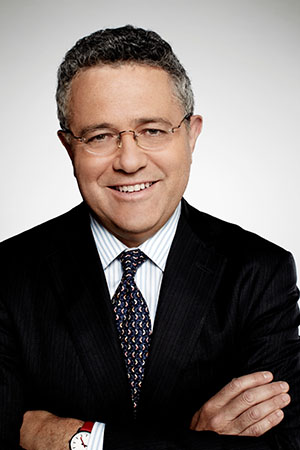 Bethlehem, Pa., October 20, 2016— Jeffrey Toobin, senior legal analyst for CNN Worldwide, will present “The Supreme Court in the Post-Obama Age” at Moravian College on Wednesday, October 26, at 8:00 p.m. in Johnston Hall as part of the 2016 Cohen Arts and Lectures Series. General admission is $15. Students, faculty, and administrators, free with ID.

Toobin, who has covered all the major legal stories of the era, ranging from the nomination of four Supreme Court Justices to the trials of Michael Jackson and George Zimmerman, offers a unique look into the inner workings of the Supreme Court and its influence, as well as how upcoming elections will shape the court and, in turn, the nation.

Toobin, who received a 2001 Emmy Award for his coverage of the Elian Gonzalez custody saga, joined CNN from ABC News, where, during his six-year tenure as a legal analyst, he provided legal analysis on the nation's most provocative and high profile cases, including the O.J. Simpson civil trial and the Kenneth Starr investigation of the Clinton White House. He is also a staff writer at The New Yorker and has been covering legal affairs for the magazine since 1993.

He is the best-selling author of The Oath: The Obama White House and the Supreme Court and The Nine: Inside the Secret World of the Supreme Court, and his latest book, American Heiress: The Wild Saga of the Kidnapping, Crimes and Trial of Patty Hearst, hit bookstore shelves in August.

Moravian College encourages persons with disabilities to participate in its programs and activities. Anyone who anticipates needing any type of accommodation or who has questions about the physical access provided should contact Elaine Deitch at deitche@moravian.edu or 610-861-1364 at least one week prior to visiting Moravian College.