Office of the Provost

School of Natural and Health Sciences 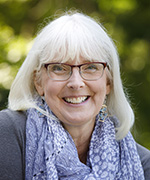 Welcome from the Dean

Welcome to the School of Natural and Health Sciences at Moravian University. Established in 2015, the school is home to a number of programs offered by our departments of Biological Sciences, Chemistry, Math and Computer Science, Physics and Earth Science, and Rehabilitation Sciences, and the Helen S. Breidegam School of Nursing. There are also a number of interdisciplinary programs including Biochemistry, Environmental Studies and Sciences, Health Sciences, Neuroscience, and Public Health. We have a growing number of graduate programs in the health care field, including the newly approved Doctor of Athletic Training – the first doctorate to be offered by Moravian University! These programs are housed in three main facilities: Collier Hall of Science, the Sports Medicine and Rehabilitation Center, and the new (opened in 2017) Sally Breidegam Miksiewicz Center for Health Sciences.

The natural and health sciences at Moravian University have a long and rich history that stretches back two centuries. Lewis David von (de) Schweinitz (great-grandson of Count Nicolas Ludwig von Zinzendorf) graduated from the Moravian School for Boys and not only served as a Moravian bishop, but was an influential early American botanist and earned the title of Father of American Mycology, describing more than 1000 new species of fungi in the early 19 th century. His herbarium, which comprised at the time of his death the largest private collection of plants in the United States, was bequeathed to the Academy of Natural Sciences at Philadelphia. George Edmund de Schweinitz, MD, graduated from the college in 1876 and went on to become an ophthalmologist in Philadelphia. He served as President of the American Medical Association and physician to President Woodrow Wilson.

In the 1890’s, Moravian formally established a natural science program in addition to its classical liberal arts program. Students in the natural science program took a combination of biology, chemistry, physics, and geology courses. By the early 1930’s, the college began offering pre-med programs and by the middle of that decade, the institution began offering separate majors in biology, chemistry, and physics. Since then, we have had a number of distinguished alums: Margaret McClure, Frank Rauscher, Jr., Frank Rauscher, III, and Janine Jagger represent just a few of these graduates that we are so proud of.

Today, our alums are not only working in healthcare or biomedical research, but are also doing climate change research or policy work, serving in the Peace Corps, working for international NGOs, developing computer algorithms, teaching, and working in the field of actuarial science or a long list of other vocations. Many students choose to enter graduate or professional degree programs to continue their education. I invite you to check out the program webpages and visit with our faculty to learn about the courses they offer and the research and internship opportunities for students.

School of Natural and Health Sciences

For general questions regarding the School and to schedule meetings: