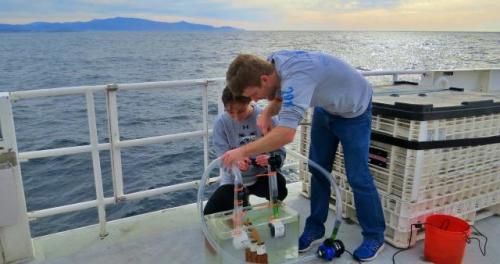 Email Dr. Lord if you are interested in conducting research on marine biology or invertebrate behavior!

Dr. Lord started at Moravian University in Fall 2017, coming from the Monterey Bay Aquarium Research Institute (MBARI) where he was a postdoctoral fellow. Prior to that he was a Visiting Assistant Professor at Bates College, where he taught a variety of marine biology and climate change courses. He lived in western Pennsylvania until he was 12 years old and has lived all over the country since then, including stints in North Carolina, Connecticut, Maine, Oregon, and California. Much of his research takes place over a large geographic scale, so he has studied marine environments in every coastal state in the US (except Texas). He was worked in a variety of habitats including rocky intertidal zones, a marine loch in Ireland, deep sea canyons in California, and has been to the bottom of the ocean in a deep-sea submersible.

Dr. Lord is a member of the Ecological Society of America and National Marine Educators Association. He created the iBARGE (invasive bryozoan and ascidian recruitment and growth experiment) program in 2014, which is a citizen science program involving high school and college students in monitoring of invasive biofouling species. He is still the leader of this program, which is ongoing and has worked with over 30 schools in 5 countries. He is also a member of the California State Lands Commission Biofouling Technical Advisory Group, which deals with regulations designed to prevent spread of invasive fouling species. He has been a review panelist for the National Science Foundation Graduate Research Fellowship Program and has been the Chief Scientist for several MBARI research expeditions.

Dr. Lord presents regularly at scientific conferences including the Benthic Ecology Meeting and Western Society of Naturalists meeting. He has also presented at the International Invasive Sea Squirt Conference and Coastal and Estuarine Research Federation conference, among others. He has given invited talks at institutions including the Darling Marine Center, Bigelow Laboratory for Ocean Sciences, Colby College, Monterey Bay Aquarium, Bodega Marine Lab, and Moss Landing Marine Lab. 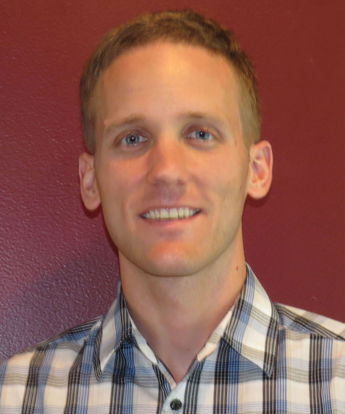 “True peace is not merely the absence of tension: it is the presence of justice.” --Martin Luther King

May Term in Oregon