Theophil H. “T.H.” Mueller may have paid for the restoration of the Frueauff House and contributed to the building of Reeves Library and the Collier Hall of Science,  but his most significant gifts may be the two endowment funds he established for students. One of those funds, the Ermyl Christian Mueller Scholarship Fund (named for Theophil’s first wife), made it possible for three members of the Weaknecht family to attend Moravian College. Today, they continue the legacy of giving to Moravian College while also making a difference in their communities through their life’s work.

For members of the Weaknecht family, the Moravian College campus is stippled with memories: movie and game nights in the HUB, where Gretchen, now 30, unwound after a rough week of nursing classes. The third floor of Reeves Library, where Marissa, 37, drilled biochemistry with her study group. The basement  of Comenius Hall, where Josh, 39, sat through his first class, a discussion about entrepreneurship. And the hill near the quad (today’s Makuvek Field), where—on a frigid January day in the late 1970s—their father, Bruce, then an undergraduate, sat on an old cafeteria tray and whooshed all the way across the soccer field. What’s more, both generations of Weaknechts cite Moravian as a place where they gained autonomy, learned resilience, and formed enduring relationships with classmates and professors.

A Moravian education was possible for the Weaknecht siblings because of an endowment provided by T.H. Mueller, whose gift also restored the President’s House. The school, they say, taught them about Roman antiquities and organic chemistry, sociology and Venetian architecture. But there were other lessons: grit, kindness, generosity, service. Now the four—a pastor, a financial advisor, a physician, and a nurse—practice those values every day. 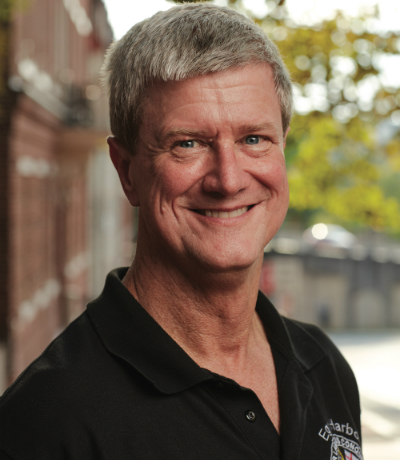 Rev. Bruce Weaknecht ’77, now 64, helms the Egg Harbor City Moravian Church. He knew in third grade that he wanted to become a pastor. He’d been raised in the church— youth groups, summer camps, family sojourns to Christmas Vespers with the college and seminary communities. “I remember people saying, ‘You should do something with your life for God,’ ” Bruce says.

At Moravian, he majored in religion—studying Jesus and the Gospels; learning to understand the Bible—but also took sociology and psychology classes. He limped through chemistry (“all these people had calculators, and I had a slide rule,” he says) and volunteered as a tutor with local elementary school children. He was accepted into Phi Alpha Theta, the history honor society. Sledding, he jokes, was his sport.

During Bruce’s junior year, his sister was diagnosed with kidney disease, and he went through testing to determine if he could  be a potential match to donate a kidney. “It was a really stressful time,” he recalls. A perceptive history professor understood when Bruce stopped coming to class and agreed to give him a withdrawal from the course.

After graduating in 1977, Bruce spent the summer as a Boy Scout chaplain in New Jersey before starting seminary at Moravian. After that, pastoral work took him to Wisconsin, North Dakota, Indiana, Ohio, and New Jersey. He often finds himself drawing on lessons he learned in college, whether searching for a highlighted passage in a decades-old psychology book or trying to bring the Battle of Jericho to life for kids in his youth Bible study group.

“An aunt and uncle gave me money each year when  I was at Moravian College and Theological Seminary. They told me  I didn’t have to pay them back but that I should help someone  else later in my life to show my thankfulness. And that is what I do.” —Bruce Weaknecht ’77 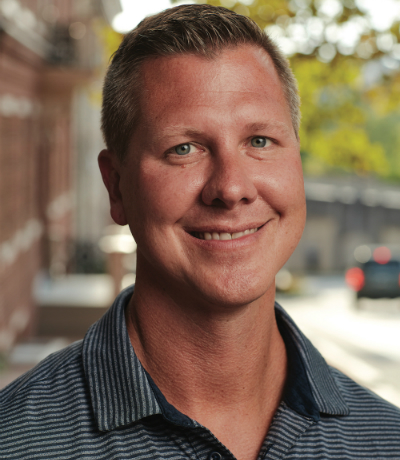 Josh Weaknecht ’03 started at Indiana University, a Big Ten school with nearly 50,000 students on its Bloomington campus. But when his parents moved from Indiana to Ohio at the end of his freshman year, there was no longer a reason to stay in the Midwest. “When I took my tour of Moravian, class sizes seemed better focused toward learning. There was more engagement from the professors. I wouldn’t just be a number.”

At 20, he transferred. “I really felt like I belonged. The school, the faculty—everyone cared about my well-being and my future.” A class on the history of emotions prodded him to think about the popular sentiments that ignited World War II; staff at the career center helped him draft his first résumé. And in the days after September 11, 2001 (Josh still recalls exactly where he was—an accounting class in Comenius—when planes hit the World Trade Center), a sensitive history professor sought the perspectives of Muslim students and those from the Middle East.

By the time Josh graduated, he knew he was headed toward a career in finance. Now a wealth advisor for BB&T Bank, Josh works with about 100 client households. They aren’t talking only about money; the conversations inevitably touch on questions of mortality, legacy, philanthropy, and impact.

“I have made many important personal and professional connections through Moravian that have inspired me to contribute time and resources so that current and future students will have the same positive experiences.” —Josh Weaknecht ’03 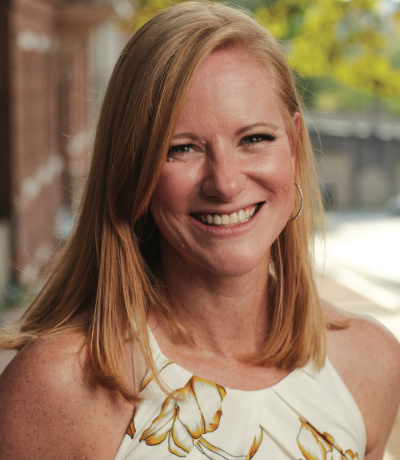 Marissa Weaknecht ’04 (now Ambron) followed Josh to Moravian, drawn by the college’s intimate atmosphere and her father’s stories. “The professors would know who I was,” she recalls thinking. “They’d be interested in whether or not I succeeded.”

The first year wasn’t easy: Marissa was far from her family for the first time in her life, but as a member of the lacrosse team, she discovered a second family. She felt drawn to the sciences but unsure of her focus.

Courses in biochemistry, biology, and experimental psychology gave her important content, and she was invited to be a member of the biology honors society. Moravian’s values helped clarify her own. Marissa took part in a mentoring program, helping a third grade boy with homework. “I focused on how I really wanted to help people. By the time I graduated, that was a top priority in my life.” Just a few months after graduating with honors, Marissa began medical school at the Philadelphia College of Osteopathic Medicine.

Marissa, now a practicing physician, occasionally gets letters from her patients at St. Luke’s Allentown, including one woman who had been very apprehensive about being in the hospital. “I took time to sit down and talk with her, and to help her through what was a scary time in her life.”

“If it weren’t for Moravian, I do not think I would have achieved what I have in life. I want to give the opportunity I had to others so they can also achieve great things in life.” —Marissa Weaknecht Ambron ’04

Gretchen Weaknecht ’11 (now Gerhart) recalls visiting Marissa at Moravian—a science class whose content was bewilderingly over her head—when she was just 14. “I pretty much always knew I was going to go there,” she says. “This was kind of home, almost.”

She’d been fascinated by an anatomy class in high school and felt certain she wanted to be a nurse. “I was interested in science, in the body, in how things work. As a nurse, you get to have interactions with patients; you get to know them and their families.”

The nursing curriculum was rigorous—sophomore-year clinicals that met at 6:45 a.m., a senior-year internship on the medical-surgical floor at St. Luke’s Hospital, a battery of standardized tests. It helped to let off steam with her first-year roommates from the second floor of Bernie-Willie, to gather in the HUB on Friday nights for games and movies. And a junior-year trip to Europe as part of an art history class, her first and only voyage abroad, expanded her perspective with close-up views of Venice, Salzburg, Berlin, and Paris.

“At Moravian I learned how important it is to be part of a community,” she says. “And that if you want something, you have to work really hard to get there.”

Today, as a pediatric nurse at Lehigh Valley Hospital, Gretchen sees 20 to 30 patients a week. Sometimes her job means spending hours on the phone, trying to wrangle prescription coverage for an uninsured family. Other times, it means helping soothe a sick child with a game of Candy Land.

The Weaknecht family on the steps of Frueauff House with President Bryon Grigsby '90.

All four Weaknechts still have ties to Moravian. They are consistent leadership donors and attend campus events. Bruce returns every other year for provincial and district church meetings; he also serves on the seminary alumni board.

Marissa has come back to tour new campus buildings; her daughter, Cozette, now 2 ½, sported a Moravian College onesie as a baby. Gretchen thinks about the legacy she wants to pass along to her 16-month-old son—values that streamed to her from both her family and her college. “I want him to be kind, to be caring, to stand up for what’s right, to be passionate about something,” she says.

Josh serves on the college’s Leadership Council (an alumni advisory group) and volunteers with Backpack to Briefcase, an annual program that helps juniors and seniors prepare for professional life. While his own children, aged 11 and 8, are still years away from college, he thinks it would be “awesome” if they became the third generation of Weaknecht students at Moravian.

In the meantime, he hopes they will savor each step along the way. “As parents, we always want our kids to exceed or do more, to have better opportunities than what we had,” he says. “I want my kids to be able to slow down and appreciate what’s happening at that time. Life moves so quickly. It’s good to keep the long game in perspective, but also to enjoy the moment.”