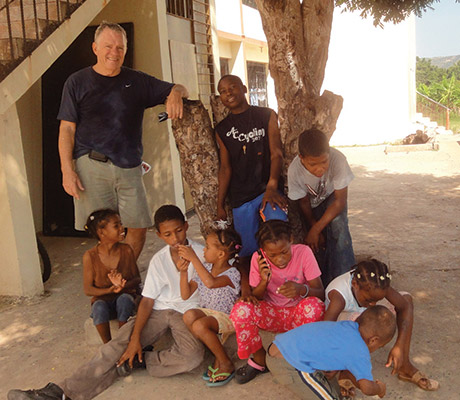 Charlie Decker with children at the orphanage Hogar Esperanza

As I started thinking about the next chapter in my life following a fun and exciting career on Madison Avenue (two of my last campaigns were the “Milk Mustache” campaign and the global launch  of Gatorade) and in Hollywood (where I was vice president of worldwide advertising for Warner Bros.), I thought more and more about doing community service work, perhaps outside the United States. My uncle, the late Ned Wallace, was a missionary physician. Ned and his life left a strong impression on me. When I was in my late 30s, I once said to him, “Maybe I’ll go to medical school so I can follow in your footsteps!”

“You’re too old to go to medical school,” he replied, “but you don’t have to be a doctor to help! Just leave the corporate world a little earlier. You have valuable skills that you can put to good use.”

After wrapping up my last corporate position, I started an advertising and marketing consulting business and a real estate business, which  I could manage from anywhere using the Internet. I had traveled extensively in Africa, Asia, and the Caribbean and seen the large number of indigent children in the Dominican Republic, so that was where I chose to focus my efforts.

Not knowing a soul and with limited Spanish, I rented an apartment in Santo Domingo.

Once unpacked, I went to the Sunday 11 a.m. service at a sister church to the one I attended in New York. I never met so many friendly people as I did at coffee in the garden afterward, and  I discovered that the church was very active in helping the needy. I signed on as a volunteer. My first project was to make a video  of the church’s renovation of an empty house into a residence for homeless seniors. My plan was to show the video to congregations back in the US in an effort to raise money to support the home. While working on the video, I continued my search for an orphanage where I could be of help.

Finally I found Niños de Cristo in the town of La Romana, 60 miles east of Santo Domingo. A friend drove me there and introduced  me to founder Sonia Hane, who had most recently lived in my hometown of Bethlehem, Pennsylvania! I introduced myself and asked if she needed some help with the orphanage. She answered with the Spanish equivalent of “OMG, Yes!!”

“You’re too old to go to medical school,” he said, “But you don’t have to be a doctor to help!”

“We take in homeless abandoned children, and we have no ongoing support,” said Sonia, as children laughed, played, and clung to her legs. “We pray every night. There are days we fast because we have no food.” As we chatted, 13-year-old Wilcania Guerrero, who goes by the name Zuleika, was passing by. Sonia asked her to join us, and we took a tour of the orphanage.

These were not scenes from a Charles Dickens tale. I met the happiest, friendliest group of children you can imagine. The stove in the kitchen had only one functioning burner, and the refrigerator was small, but the dorm rooms were spotless. The children did the housekeeping, and the older girls helped care for the younger children. At that time, Niños de Cristo was home to 21 boys under the age of 10 and 146 girls.

That was Day 1  of the rest of my life.

Photos from my album 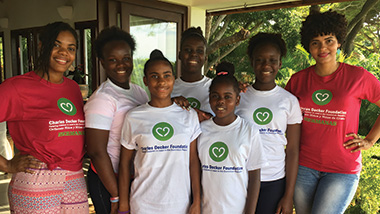 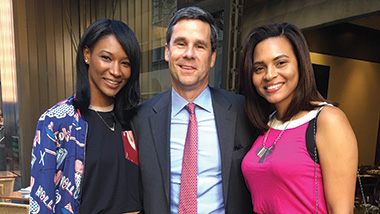 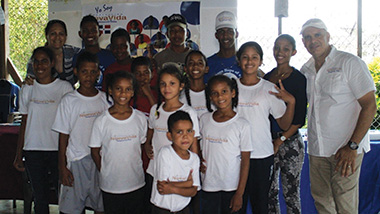 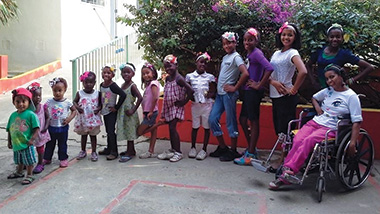 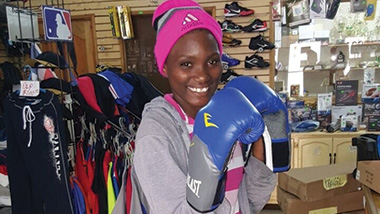 Jordania with her new boxing gloves. She is a fierce competitor! 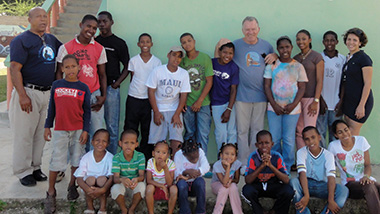 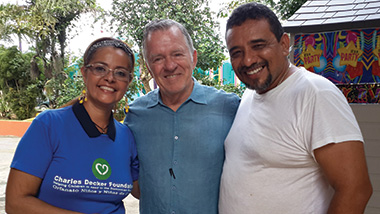 With Jackie and husband Hernando Tskidkenu of Jackie’s House 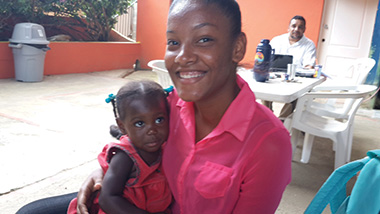 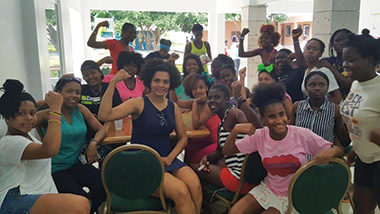 When I returned to my apartment, I created a brochure about  my new foundation, Friends of Niños de Cristo. I began sending it to friends and people I thought might be interested, companies  I thought might join with us. I chased every Dominican baseball player I could find. Banks. Foundations. Dominican student groups in US colleges and universities.

The next day, I was having coffee in Zona Colonial in Santo Domingo, planning the launch of the foundation. Some college-age Dominican students were sitting at the next table. I introduced myself and told them about my mission. They loved it and wanted to help. One of them said he went to college in Bethlehem. “You must meet Fred Rooney,” he said. “He will introduce you to people who can help you.”

Within two weeks, Fred Rooney was in La Romana helping me launch Friends of Niños de Cristo, and from that day on, he has provided enormous assistance as a pro bono legal advisor and donor. Not long after, three other orphanages in desperate need of help contacted me. So when I applied for our nonprofit status, I changed the name of the foundation to the Charles Decker Foundation. 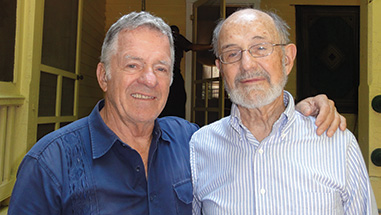 In Honor of Ned

Ned Wallace, MD, was a founding member of  the board of directors of the Charles Decker Foundation. Ned passed away at age 92 in 2017.  In his memory, we have established a scholarship in his name for medical school in the Dominican Republic. It will be awarded to one of the children from Niños de Cristo who will commit to following in Ned’s footsteps—delivering medical care to  the poor, especially children.

Fourteen years later, our mission remains the same: helping indigent, abandoned, abused children in the Dominican Republic. In these 14 years, I have seen “alums” from Niños de Cristo who have become doctors, lawyers, engineers, executive chefs, translators, marketing and sales executives, and even a New York City runway model.

Sonia took a well-deserved sabbatical and is now living in New Jersey. Zuleika, now in her mid-20s, is a successful sales executive in the travel and tourism industry and a well-known painter. She continues to come to the orphanage to spend time with the children who are new, and she is on the board of directors of the foundation.

On a recent visit to Niños de Cristo with Sardis Rijo, vice president of the Charles Decker Foundation and director of programs in the Dominican Republic, I remarked that every time I visit the orphanage, I have the same thrill as on my first visit 14 years ago.

Then Sardis led me to a surprise birthday party that she and Zuleika had planned at the orphanage with all the “munchkinitos.”

Why do I do this? I think the answer is obvious, yes?

For more information about the foundation, visit charlesdeckerfoundation.org. 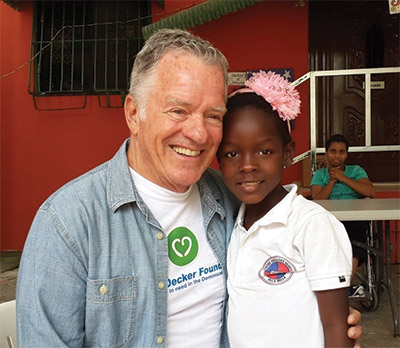 “When a Hound calls …
the whole pack comes running.”

I want to thank the many people from the Moravian College community who have supported the work of the Charles Decker Foundation.