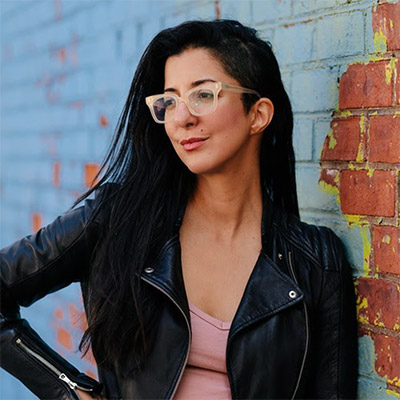 Porochista Khakpour is the author of four critically acclaimed books, most recently Brown Album: Essays on Exile and Identity (Vintage Books, 2020), which Ploughshares called “fearless.” In 2018 she published the memoir Sick (HarperCollins, 2018), which Kirkus Review praised as “lucid, eloquent, and unflinchingly honest.” Sick was named one of the most anticipated books of 2018 by the Boston Globe, Buzzfeed, Nylon, Electric Literature,, Huffington Post, Bitch, The Millions, The Rumpus, Autostraddle and others. Khakpour was called one of Dazed’s “Top American Writers You need to be Reading,” and Open Road Media’s “10 Amazing Female Novelists Under 50.” Her next book is Teherangles, coming from Pantheon in 2023.

Her debut novel Sons and Other Flammable Objects (Grove Press, 2008) was a New York Times Editor’s Choice, one of the Chicago Tribune’s Fall’s Best, and the 2007 California Book Award winner in the “First Fiction” category. Her second novel, The Last Illusion (Bloomsbury, 2014) was named a 2014 "Best Book of the Year" by NPR, Kirkus, Buzzfeed, Popmatters, Electric Literature and many more.

Discussing her view of being a writer in America, Khakpour notes, “I think to really be an artist, to really inhabit that, you have to accept on some level that you are not going to belong. Being an outsider, for instance, can be like being an observer.” As a child, she was acutely aware of her “resident alien” and Muslim refugee status. “I remember trying to learn English on kindergarten playgrounds. I tried hard to be a convincing American but it was a losing battle. I was labeled weird and that tag never left me—all through high school, I was always the oddball. It was not always an easy path—I just had to tell myself that one day, being on the periphery would become an asset (and I think it finally has, as a creative adult).” She is also an advocate for those with chronic illness and disability, and speaks frequently on this topic.

Among her many fellowships is a National Endowment for the Arts award. Her nonfiction has appeared in The New York Times, the Los Angeles Times, Elle, Slate, Salon, and Bookforum, among many others. Currently, she is Contributing Editor at The Evergreen Review. She has presented at book festivals here and overseas, and served as a judge for various literary awards.

Born in Tehran and raised in the Los Angeles area, she lives in New York City. 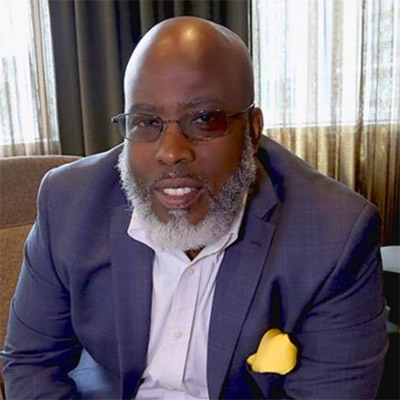 Hasshan Batts is a prison survivor, healer, son, father, grandfather, brother, husband, and friend. In addition, Hasshan is a community epidemiologist, community-based participatory researcher, and a leading expert on trauma-informed care, reentry, and community engagement as well as a dynamic motivational speaker.

Hasshan is the Founder and President of the Prison Survivors Network, Executive Director of the Promise Neighborhoods of the Lehigh Valley, adjunct professor, Lehigh University post-doctoral Research fellow, Rider-Pool Collective Impact fellow, Practitioners Research and Scholarship Institute Writing fellow, distinguished Robert Wood Johnson Culture of Health Leader, Pennsylvania Commissioner on the Governors’ Advisory Commission on African American Affairs, member of the Pennsylvania Reentry Council, founding member of The Society for the Healing and Study of Historical Trauma, founding board member of the NE Pennsylvania Chapter of the National Association of Black Social Workers and board member of Resurrected Community Development Corporation and Penn State Extension.

Hasshan holds a joint MSW from North Carolina A&T and The University of North Carolina at Greensboro, a post graduate certificate in Global Health and Doctorate in Health Sciences from Nova Southeastern University in Florida. 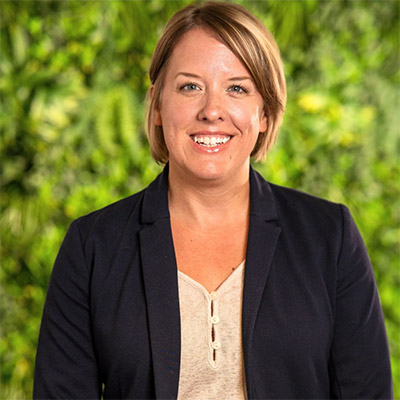 Carly Bergey, M.A., CCC-SLP, is a speech language pathologist with expertise in voice care, upper airway disorders, and swallowing. She owns a private practice in Bethlehem, PA and is passionate about working with occupational voice users, especially those who may not have ever considered what an asset the voice is. Her other professional interests include head and neck cancer care, stuttering, and creative writing with an emphasis on narrative medicine and holistic patient care.  www.carlybergey.com 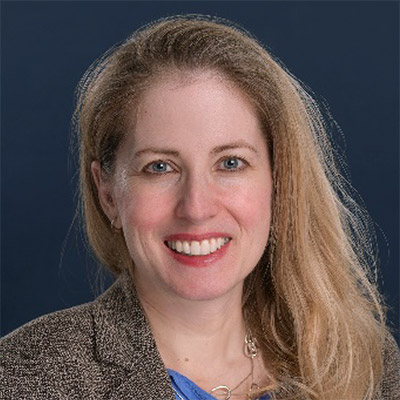 Nicole Defenbaugh (PhD) is an Associate Professor at Weber State University. Prior to reentering academia, she was a Clinical Communication Specialist for over eight years at St. Luke’s University Health Network and Lehigh Valley Health Network. In her position, she taught residents and faculty in Graduate Medical Education communication skills (e.g., narrative writing, shared decision making, EDI, teamwork, empathic listening). Nicole’s research primarily focuses on chronic illness identity, narrative medicine, and autoethnography with an emphasis on patient-provider relationships. She chose this focus because of her encounters as a patient living with ulcerative colitis. In 2017, Nicole co-authored the first autoethnographic article published as original research in the Annals of Family Medicine and has a single-authored book entitled, Dirty Tale: A Narrative Journey of the IBD Body. Nicole has approximately 30 publications in both academic and medical journals and has been recognized with over a dozen teaching, service, and research awards including the Ellis-Bochner Autoethnography & Personal Narrative Research Award. She has published in the International Review of Qualitative Research, Qualitative Inquiry, and Health Communication, to name a few. Nicole recently published a book chapter in the International Handbook of Organizational Autoethnography and an article in Medical Science Educator. 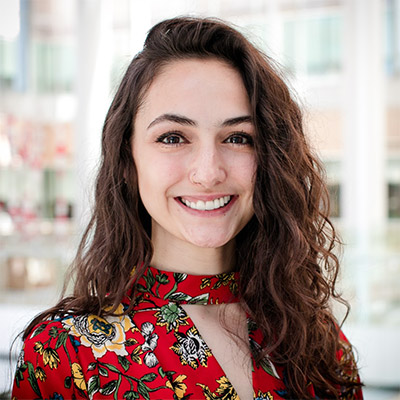 Nina Solis, BSN, RN, OCN, is a hematology/oncology/Covid-19 nurse and emerging writer based in Philadelphia, PA. In her free time, Nina enjoys running, playing guitar, and drinking overpriced coffee. You can find her most recent work in Literary Hub, Intima, and Health Magazine. If you’d like to hear more of her rambling thoughts, you can find them on her blog, Gentle Observer, or @bean_solis on Twitter and Instagram. 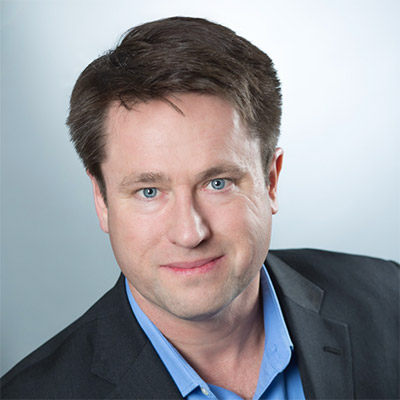 BJ Ward is the author of four books of poetry, most recently Jackleg Opera: Collected Poems 1990-2013 (North Atlantic Books), which received the Paterson Award for Literary Excellence. His poems have appeared in Poetry, American Poetry Review, TriQuarterly, The New York Times, and The Sun, among others, and have been featured on NPR’s “The Writer’s Almanac,” NJTV’s “State of the Arts,” and the website Poetry Daily. He is the recipient of a Pushcart Prize and two Distinguished Artist Fellowships from the New Jersey State Council on the Arts. One of his poems (“For the Children of the World Trade Center Victims”) has been cast in bronze and acquired as part of the permanent collection at Grounds for Sculpture. He co-directs the A.F.A. in Creative Writing program at Warren Community College and has recently served as a guest lecturer in Creative Writing at Lafayette College, DeSales University, and The Frost Place Conference on Poetry and Teaching. His website is bj-ward.com. You can click these links to read some recently published poems (Summer 2020 to present) in Painted Bride Quarterly, The Night Heron Barks, and Vox Populi. 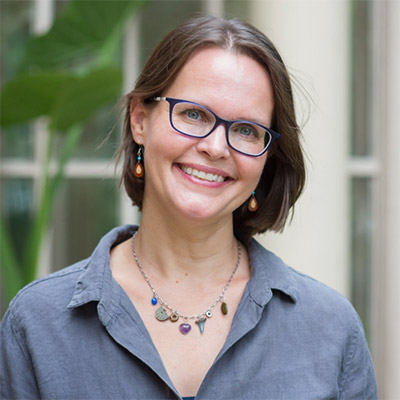 Kate Brandes is the author of novels The Promise of Pierson Orchard (2017) and the forthcoming Stone Creek (2022), as well as other essays and stories. She teaches geology and other courses at Moravian University in Bethlehem, PA. She also co-directs the Moravian Writers’ Conference. See http://katebrandes.com. 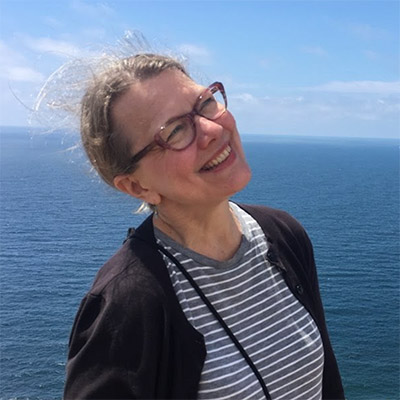 Joyce Hinnefeld is the author of the short story collections Tell Me Everything (1998; winner of the 1997 Bread Loaf Writers’ Conference Bakeless Prize in Fiction) and The Beauty of Their Youth (2020) and the novels In Hovering Flight (2008) and Stranger Here Below (2010), along with other stories and essays. She is a Professor of English at Moravian University in Bethlehem, PA, and the founder and co-director of the Moravian Writers’ Conference. See www.joycehinnefeld.com.

Moravian University welcomes and encourages persons with disabilities to participate in its programs and activities. If you anticipate needing any type of accommodation or have questions about the physical access provided, please contact Campus Police at 610-861-1421.