To teach is to make a difference in the world. Moravian College students will go on to tackle important issues and make significant contributions from their particular strengths. But many of our faculty also engage in work outside the classroom—in research, fieldwork, and publications, and leadership positions that also have global impact. Here are just a few of their stories. 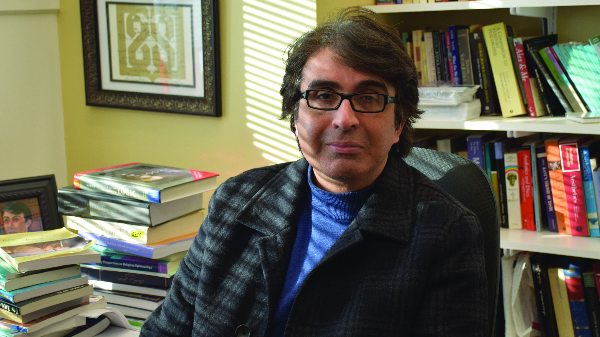 The author of several books and articles, Arash Naraghi, associate professor of religion and philosophy, explores issues in applied ethics, the philosophy of rights, and modernism in Islam, among other topics. He speaks at conferences throughout the United States and abroad, and in addition to the classes he teaches at Moravian, he offers online courses to students around the world, particularly in Afghanistan, Iran, and Tajikistan.

Naraghi has been working to encourage a new understanding of reform in Islamic thought among Muslim communities overseas that are struggling to reform lifestyles, religion, and their understanding of religion to accommodate the requirements of modernity.

He has put forth a model that preserves the integrity of tradition while remaining open to change—one that respects the core values of Islam while also respecting women’s rights, human rights, and gay and lesbian rights. His writings have ignited a broad deep conversation about these issues among the Muslim community globally. Read more at mrvn.co/modernityinislam. 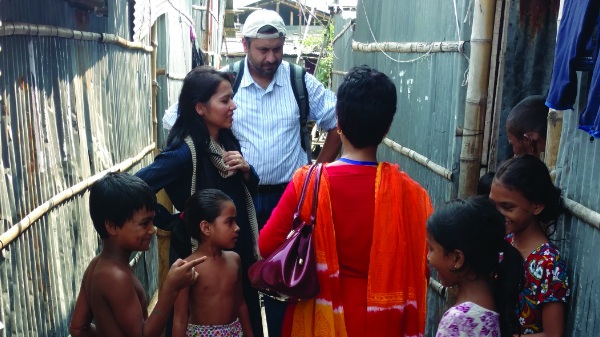 Advancements in the treatment of cholera and the wide dissemination of information on preventing infection save millions of lives. Still, cholera remains a major threat to public health, especially in the developing countries of sub-Saharan Africa and South Asia. NASA is awarding competitive grants to a number of innovative earth science applications, including multidisciplinary research in Bangladesh that examines satellite-aided prediction of a cholera outbreak for providing early warning to a vulnerable population.

Sonia Aziz, associate professor of economics, is one of the lead investigators on this project. Her work focuses specifically on the socio-economic valuation of this model and looks at the following questions: Would advance warning of a cholera outbreak spur people to take preventive measures, such as boiling their water or getting vaccinated? What are the best ways to disseminate information about a potential outbreak? Would a satellite-predictive/prevention model ultimately save costs?

Preliminary analysis from the first year of research suggests the model may indeed be effective in helping populations avert this disease. The work will continue through spring 2019. To learn more about this research, see “Satellites and Cell Phones Form a Cholera Early Warning System” in Earth & Space Science News, co-authored by Aziz, at mrvn.co/cholera. 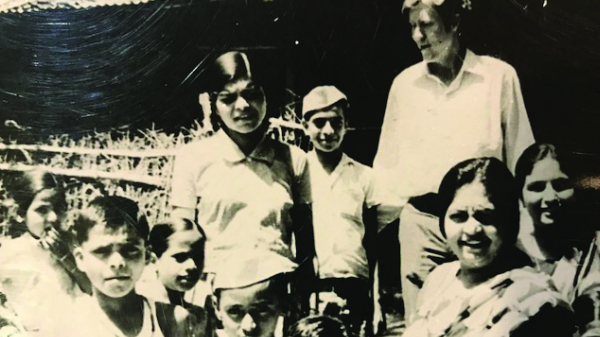 Not in the least enamored of his first job out of college, a young James West followed his adventurous spirit through Europe and parts of the Middle East, eventually arriving in Bombay (now Mumbai), India, where he had a letter of introduction to join the faculty of an international school and rural development project in the Indian state of Maharashtra.

His rural development team worked with five villages in the Krishna River Valley where there was limited road access and very little electricity or running water. The project had international expertise in animal husbandry, agriculture, rural engineering, education, and public health, and West engaged in each of these areas, including the work of introducing new crops, orchard development, and poultry and dairy farming. At the school, he taught courses in economics, political science, and geography and also formed and coached the school’s first basketball team. West’s experience in India awakened an interest in the challenges of social and economic development and launched his pursuit of graduate work in economics.

Since coming to Moravian College 30 years ago, West, a professor of economics and business, has focused on promoting a global as well as a free-enterprise perspective in his courses and his academic and public service work. He has written, presented, and published several academic papers on Indian development issues, and he has traveled and studied in 30 different countries in Asia, Europe, Latin America, and the Middle East. He was also awarded a Fulbright grant to teach for a semester at Komensky (Comenius) University in Bratislava, Slovakia. 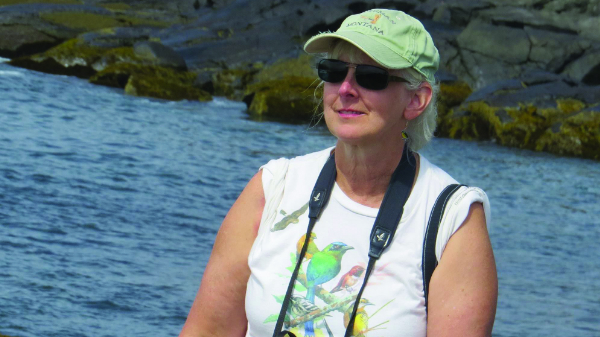 Diane Husic, professor of biology and dean of the College of Natural and Health Sciences, works tirelessly on environmental issues and education. Among the catalog of subjects she’s taught, you’ll find environmental science, conservation biology, sustainability, and climate change. She works with students and other faculty on research that examines the success of the restoration of a contaminated Superfund site and what management must be done for continued success.

Husic has attended the annual United Nations Framework Convention on Climate Change conferences (COP meetings) since 2009 when she and Hilde Binford, associate professor of music, led the first coalition of student civil society observers from Moravian College to the conference. Husic is a member of the steering committee for the Research and Independent NGOs constituency group and serves on the Adaptation Task Force for the Technology Executive Committee for the UNFCCC.

A champion of citizen science, Husic serves as coordinator of the Eastern Pennsylvania Phenology Project, which enlists the public to observe seasonal events such as bird migration and bloom times and share their observations with scientists who are examining the effects of climate change on Pennsylvania’s ecosystems.

Husic also serves on the board of the Rocky Mountain Science and Sustainability Network, which brings together government agencies such as the National Park Service and academic institutions to collaborate on research relevant to sustainability, climate change, and pollinator decline and works to develop diverse student leaders in the protection of the environment and sustainable management of public lands. 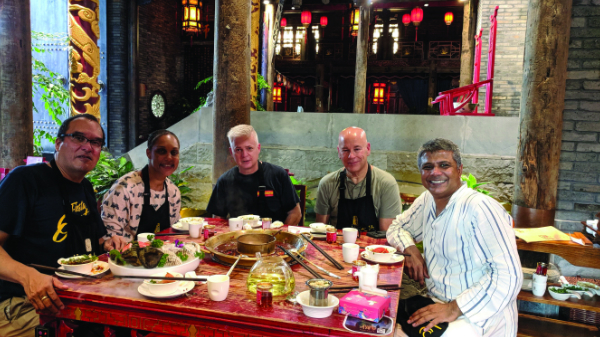 Over the past summer, Akbar Keshodkar, associate professor of anthropology, spent four weeks in China, where he conducted preliminary fieldwork for a new research project exploring emerging East African trade networks in China. For the past 10 years, Keshodkar's research has focused on how trade networks create new opportunities for Zanzibaris across East Africa and the Arabian Peninsula.

This summer, with partial support from the Faculty Development and Research Committee, he extended his research to explore how emerging trade networks from East Africa extend to southern China and how the development of these new social interactions contributes to new ways of developing one’s identity and status in Zanzibar, Tanzania, as well as in Chinese society.

His research aims to examine how these emerging trade networks among African societies and China that surround the Indian Ocean are giving rise to new ties across the global south and developing alternative models for conceptualizing prosperity, identities, and belonging in the 21st century.