Above: "View on Monocacy Creek at Bethlehem" by Gustav Grunewald

Moravian University owns a rich collection of paintings dating back to the 18th century and works from painter John Valentine Haidt. Renowned German-born artist Gustav Grunewald taught art to the women at the Young Ladies’ Seminary on South Campus in the 1800s, and his landscapes can be seen around campus today.

The permanent collection also includes works from important American artists, including Georgia O’Keeffe, John Singer Sargent, and Steve Tobin. The university owns several pieces by the Pennsylvania Impressionists (a group of painters who gathered in the New Hope area), including Edward Redfield, Daniel Garber, and Walter Schofield, as well as a rare collection of paintings from among the works of Fern Coppedge and others of the Philadelphia Ten, a group of women artists who exhibited together. 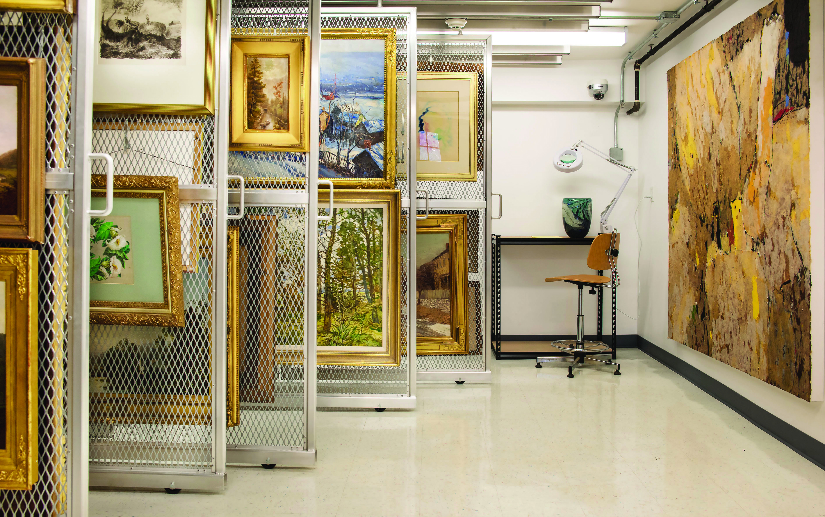 The Vault - Many of the paintings in the university's permanent collection are on display throughout the campus, and the rest are stored in a recently installed museum-standard climate-controlled vault. 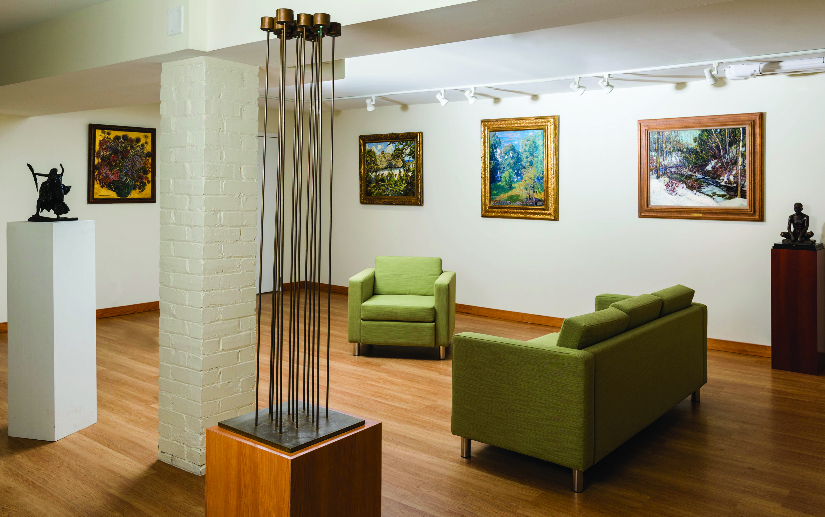 The Permanent Collection Gallery  - Slip to the far end of Payne Gallery, and you’ll come across a staircase that leads down to a newly renovated space. This addition to the university’s gallery space displays Pennsylvania Impressionist works from the permanent collection. The gallery is open concurrently with Payne Gallery and is available for small campus events.

Gertrude Käsebier attended the Moravian Seminary for Young Ladies from 1868 to 1870. She married and began raising a family, but she couldn’t shake a yearning to be an artist. At the age of 37, when most women had settled into their families, Käsebier uprooted hers and moved them to Brooklyn so that she could study painting and drawing at Pratt. It was photography, though, that captivated her. She studied and worked in Europe and opened her own studio in Brooklyn.

Her passion was for portraiture and motherhood in particular, and what distinguished her work was her drive to delve beneath the surface to reveal her subject. To that end, she used simple backgrounds, excluding elements from the photograph that might detract from the person or family. Her images evoke an intimacy that draws the viewer in.

“She is, beyond dispute, the leading artistic portrait photographer of the day,” said Alfred Stieglitz.

Käsebier’s vast body of work includes portraits of Stieglitz and Auguste Rodin and a series of photographs of Native Americans. In addition to producing her art, Käsebier helped establish the Women’s Professional Photographers Association of America. She died on October 13, 1934.

In 1979, Käsebier was inducted into the International Photography Hall of Fame and Museum.