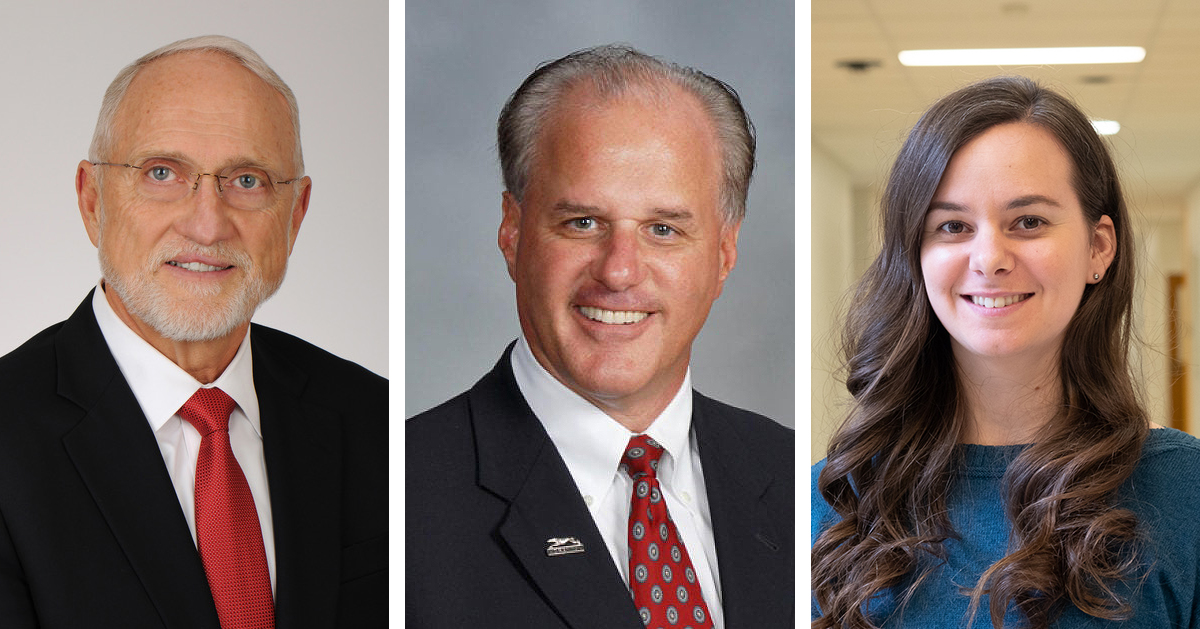 Last year, the Alumni Awards event and Night of Stars were to come together in one grand star-filled spring celebration. Then the pandemic put the world on lockdown. As COVID continued to hold us hostage, we learned how to create and enjoy virtual celebrations, first with the Vespers services and again in spring for the Night of Stars. This year, the Moravian College Alumni Association recognizes the following alumni for their achievement and service to the community. 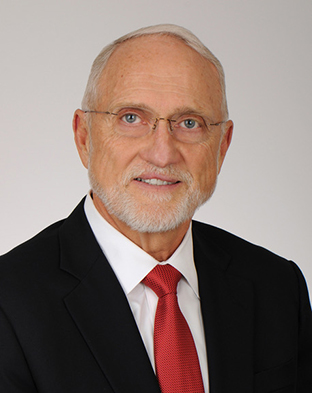 Harry Clarke is a surgeon specializing in genitourinary oncology and reconstructive surgery. He has operated and taught internationally, from Russia to Singapore to Taiwan. As a professor of urology at the Medical University of South Carolina (MUSC), Clarke teaches medical students, residents, and postgraduate fellows robotics and minimally invasive oncologic surgery.

After earning his bachelor of science degree in biology from Moravian College, Clarke went on to obtain his MD and PhD in medical sciences/radiology from the University of Toledo. Clarke remained at the University of Toledo to complete his residency in urology and a fellowship in nephrology and hypertension. He then joined the faculty as assistant professor of surgery at Emory University in Atlanta, where he ran the Urology Residency Program. At Emory, Clarke acted as principal investigator on the multicenter NIH Medical Therapy of Prostatic Symptoms (MTOPS) trial, the results of which were published in the New England Journal of Medicine. During this time, he was also chief of urology at the Grady Health System in Atlanta. Clarke was later promoted to associate professor of surgery and held the chief of urology position at the Atlanta Veterans Hospital. He earned Teacher of the Year in Urology honors as well as the Atlanta Top Doctor title.

Clarke started at MUSC in 2002 as a professor of urology and associate dean for graduate medical education. He has been named one of the Best Doctors in America from 2005 to the present and Teacher of the Year in Urology at MUSC. 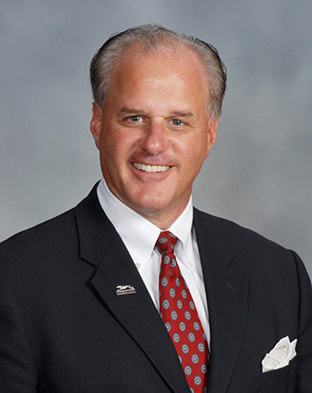 The Medallion of Merit is awarded to an alumnus or alumna in recognition of his or her outstanding service to Moravian College or the Alumni Association.

Since he graduated from Moravian College more than four decades ago, Ken Rampolla has served his alma mater in many ways. He joined the board of trustees in 2008 and was elected chair of the joint and college boards in 2012. During his tenure as chair, several major initiatives were completed, including construction of the Sports Medicine and Rehabilitation Center in 2016 and the Sally Breidegam Miksiewicz Center for Health Sciences in 2017. Under his leadership, the college also completed renovations to Comenius Hall, the Collier Hall of Science, the Haupert Union Building’s Star dining facility and Student Life suite, the Clewell Dining facility, and John Makuvek Field. Rampolla helped hire Moravian President Bryon L. Grigsby ’90, P’22, who has brought numerous positive changes to campus.

In addition to leading the board, Rampolla is currently CEO of Responsive Marketing Inc. (RMI), a sales and marketing agency based in Hellertown, Pennsylvania, that acts as a direct sales force for top US steel manufacturers. He is also the owner and partner of Lost Tavern Brewing, one of the fastest-growing breweries in the Lehigh Valley and Pennsylvania. Lost Tavern Brewing opened its first brewery and taproom in Hellertown in July 2016 and its second in the Moravian Book Shop in downtown Historic Bethlehem in May 2019. Before RMI, Rampolla worked the first 10 years of his career in various sales and marketing positions at Bethlehem Steel Corp., after his Loop Course training. He started RMI in 1990, and the firm eventually became the largest steel sales agency in America, representing 13 different US steel mills.

Rampolla exemplifies a successful Moravian College graduate who never falters in giving his time, talent, and treasure to his alma mater. His wife, Anne McCandless Rampolla ’79, earned her bachelor of arts in Spanish and elementary education at Moravian. 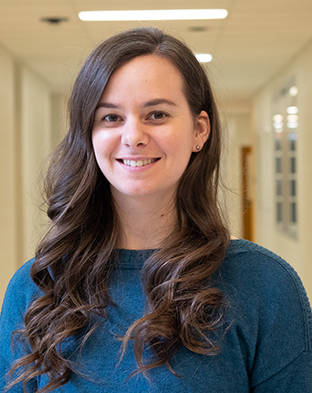 The Benigna Education Award recognizes individuals who have made significant innovations in the teaching profession or substantially impacted the education process and have demonstrated dedication to the community at large.

Outside the classroom, Putlock is a member of the Da Vinci Science Center’s Education Advisory Council. Over the summer, Putlock teaches urban farming, sports and recreation, and theatrical set design and construction for the Summer Learning Academy. She is a member of the steering committee for Any Given Child Bethlehem and is chair of the content committee for the Bethlehem site of Ensuring the Arts of Any Given Child, a national program sponsored by the John F. Kennedy Center for the Performing Arts.

In 2018, Putlock received the Graduate Education and Humanities Award for Action Research Thesis from Moravian. In 2019, she won the Bernie Cohen Award for Excellence at the Middle School Level and the ArtsQuest Foundation’s Linny Award for Arts Educator of the Year. Putlock was also a quarterfinalist for the Grammy Museum Music Educator of the Year Award. 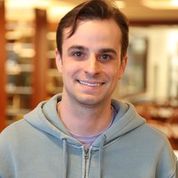 The Young Alumni Achievement Award is presented to an alumnus or alumna who has graduated within the past 2 to 10 years and has achieved exceptional success in his or her profession.

Patrick Perone is a principal and cofounder of Cortex Residential, an investment firm that focuses on the acquisition, development, and management of rental apartment properties. Since graduating summa cum laude with honors in economics in 2015, Perone has experienced early success in his professional career and has been an active and engaged young alumnus. Before cofounding Cortex, Perone was a vice president at Iron Hound Management Company, a New York City–based commercial real estate investment banking firm. During his tenure at Iron Hound, Perone played an integral role in the execution of more than $10 billion in commercial real estate transactions, including the firm’s financing of 10,000 apartment units across the United States.

Through Moravian, Perone has found several kindred spirits. In every venture aside from his work at Iron Hound, he has partnered with Jonathan Strauss ’16. Perone served as a student trustee of Moravian College from 2013 to 2015 and has been a member of the Comenius Society since 2018. He is also an active member of the Real Estate Lab, a nonprofit organization that provides residents with investment classes and mentorship so that they can purchase and rehab distressed properties within their local communities.

The alumni association recognizes several full-time Moravian College students for their superior scholastic merit and outstanding contributions to campus life and the community. 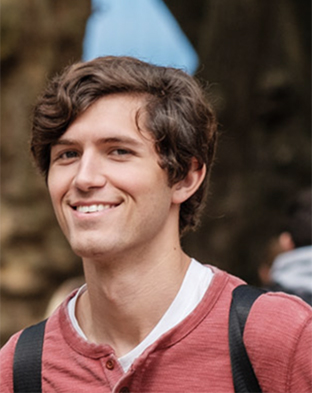 Robert “Bobby” Falatyn is the definition of a curious mind. Since childhood, one question has guided him: “What is the meaning behind all of the things I’m doing?” Falatyn is pursuing a philosophy degree with extensive music, chemistry, and finance coursework to help find the answer. He has made the dean’s list every semester so far.

Falatyn holds several positions on campus, including writing fellow, balanced fund manager with the Amrhein Investment Club, host of That’s Important on Moravian College Radio, and president and treasurer of the Moravian College Philosophy Club. He has also played piano for the Moravian College Big Band and Fusion Ensemble and worked as a reporter and writer for Moravian’s student newspaper, The Comenian. Since January 2020, Falatyn has been working on a writing studies research project titled “Do Students’ Conceptions of Writing Change after Completing First-Year Writing?” 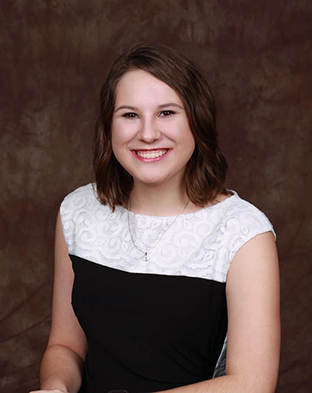 An educational advocacy major with minors in education and public health, Samantha Johns began her career with a wealth of classwork and volunteer experience behind her. In August 2020, she joined the Boys & Girls Club of Allentown as a director of outreach and education. This role enabled her to assist underprivileged youth by providing supplemental education and opportunities for positive social interactions. In January 2021, Johns started as community school coordinator at Roosevelt Elementary in Allentown, a position in which she acts as a liaison between the school and the surrounding community.

Before graduating, Johns worked as a student teacher in several elementary schools in the Bethlehem Area School District. She also spent her recent summers working with youth at Bear Creek Camp in Wilkes-Barre and Kirkridge Retreat and Study Center in her hometown of Bangor, Pennsylvania. While a student at Moravian, Johns was a member of the Public Health Club, Alpha Alpha Alpha National Honor Society, and Peer Mentor Board. She has received several community awards and acknowledgments, most recently from both the Pennsylvania Senate and House of Representatives. 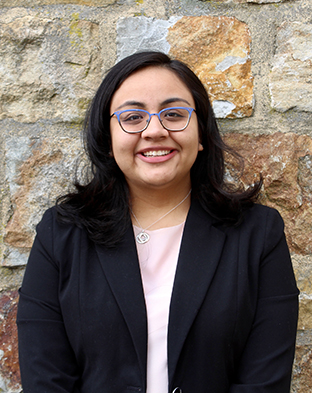 Carla Ramos began her clinical training long before she graduated with a degree in neuroscience last May. She started volunteering at Easton Hospital in her hometown of Easton, Pennsylvania, eight years ago, and since then she has logged hundreds of volunteer and research hours. In 2017, she externed with a team at the University of Pennsylvania’s prestigious Perelman School of Medicine. During the summer of 2018, she completed the Lehigh Valley Health Network Research Scholar program, which included completing two retrospective chart review projects in the pediatric surgical specialties. Most recently, Ramos worked at Phoebe Health Care Center as a music and memory research volunteer.

While she prepares to apply to medical school this upcoming cycle, she is employed as a medical scribe for the Lehigh Valley Physician Group Ear, Nose and Throat office. At Moravian, Ramos participated in several alternative spring break trips through Habitat for Humanity during which she and her peers helped build homes for families. She served as president of the Alpha Alpha Alpha National Honor Society, president of the Pre-Health Club, and vice president of Moravian’s MEDLIFE chapter. 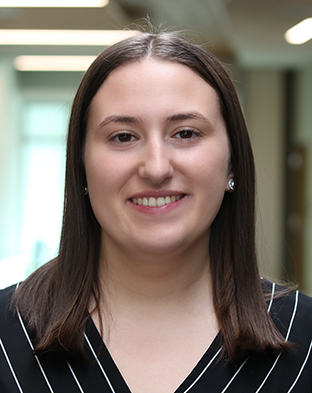 Three years into her undergraduate education, Madison Van Duzer, a psychology major, has an impressive list of accomplishments, both at Moravian College and in the Bethlehem community. She attended three alternative spring break trips. The first was to Kansas City, where she helped build tiny homes for veterans. Next she traveled to rural North Carolina, where she served with the Union-Anson Habitat for Humanity affiliate to build homes for local families. Her third trip was to Taos, New Mexico, with the Taos Habitat for Humanity affiliate to assist in building adobe homes.

This award is presented to a business, organization, or individual who supports the college’s mission to prepare individuals for a reflective life, a fulfilling career, and transformative leadership in a world of change.

Director of Community Relations and Philanthropy at Air Products

For more than 15 years, Hackett has been an outstanding community partner with Moravian College. She is a tremendous advocate for our students and is one reason for the college’s special relationship with Air Products.

Carol Walck & Associates, a small private practice in the Lehigh Valley, has provided extensive hours  to ensure that students pursuing a master of science degree in speech-language pathology at Moravian receive an exemplary education in preparation for fulfilling careers.

To see a recap of the Night of Stars virtual event, go to moravian.edu/alumni/events.