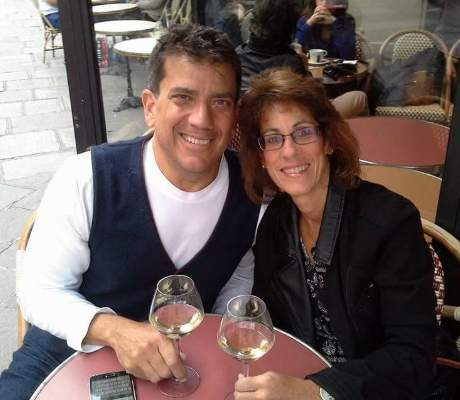 The Value of Learning by Doing

A longtime supporter of Moravian University students, CJ Wimley shares the story behind his giving: “My daughter Kerry was a student at Boston College and had the opportunity to take an internship at Beaufort Books in New York City,” he says. “She has a passion for literature and said, ‘Oh, my gosh, this is the perfect thing in the world for me!’ ” The problem was, it didn’t pay.

“She had an expensive commute from our home in New Jersey and needed to earn spending money for school, so she sadly resigned herself to turning it down,” he says. “That is, until I said, ‘If it’s important to you, it’s important to me. Take the internship, and I will pay you what you would have gotten if it was a regular job.’”

Both Wimley and his daughter quickly recognized how pivotal that internship was in her career. Today, thanks in part to her experience at Beaufort Books, Kerry is out of school and working full time at the New York University School of Business, where she heads public relations for the alumni and staff.

With his daughter’s experience in mind, Wimley, who is president and chief customer officer at Kaseya in Miami, decided to give the same opportunity to Moravian students in similar situations—those who want to take nonpaying internships but do not have the financial means to do so. Result: the Wimley Family Fund, which has been helping two or three Moravian students per year obtain internships in their fields.

“I am passionate about getting students in the right work position to help them become successful on their own; this isn’t so much about giving money as it is about getting people trained for a career that’s right for them,” Wimley says.

“I am passionate about getting students in the right work position to help them become successful on their own; this isn’t so much about giving money as it is about getting people trained for a career that’s right for them,” Wimley says. “When I hire a new employee, I know I look for someone with internship experience, because I think it gives that candidate a much higher probability of success,” he says.

He also sees the benefits of internships from the company’s side. “We get people who are enthusiastic, well educated, smart, and willing to learn. When we bring interns in, it raises the bar for all employees,” he says.

Beyond the fund, Wimley mentors Moravian students and offers career advice, and he’s hired Moravian graduates at his companies in Florida. He also recently started a scholarship, separate from the Wimley Family Fund. “Any chance I get to help Moravian students, I take it,” he says.

In the name of hands-on experience, Wimley plans to further develop the pointed gifting that is the Wimley Family Fund. “I named it the Wimley Family Fund for a reason—my hope is that if my kids get into a position where they can do things to help other people in the future, they will keep the giving going. It’s been a huge success so far, and I plan to continue it forever.”