Our Faculty and Academic Programs

But what makes our faculty extraordinary is their humility and the fact that while they have passion for their academic pursuits, their interest in students is paramount. They guide, mentor, and create opportunities that help students discover their strengths and passions and build the practical skills they need to fulfill their vision for their lives.

Many of the grants our faculty apply for and receive are aimed at creating opportunity for students. Here, we highlight six significant grants awarded to Moravian University faculty over the past five years. 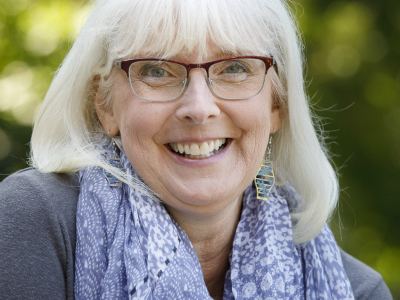 Diane Husic, dean of the School of Natural and Health Sciences

Diane Husic is a co-principal investigator with scientists at Colorado State University, Central Michigan University, and the Ecological Society of America on a National Science Foundation five-year grant awarded in 2016. The project seeks to bring together scholars, naturalists, citizen scientists, and students to explore big data initiatives at the intersections between citizen science, minority participation, student learning, and management of protected areas. The network will focus on citizen science data collected for biodiversity questions—specifically species identification, species occurrence, and habitat parameters. 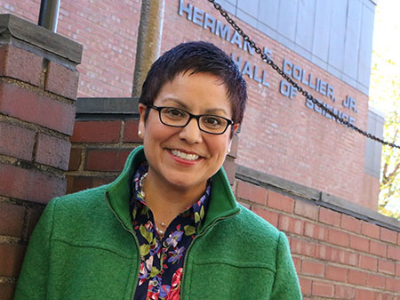 Last year, students Ben Seitz ’18, a double major in math and neuroscience, and Maggie Jones ’20, neuroscience, worked with Cecilia Fox to develop a pilot study that served as a foundation for a grant from the Council of Independent Colleges to fund a Moravian Music and Memory Program in partnership with Phoebe Ministries. Music and Memory is a nonprofit organization that uses personalized music to improve the quality of life of elderly individuals with neurological conditions such as dementia or Alzheimer’s disease. Seven undergraduate students are working with Phoebe residents through May 2019. To learn more, go to inside.moravian.edu/music-alzheimers-memory 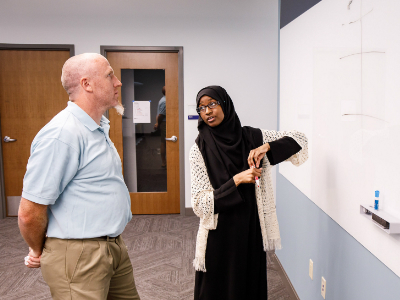 A five-year National Science Foundation S-STEM grant awarded in 2011 to Nate Shank provided scholarships, summer research experiences, and a summer course for transfer students interested in mathematics and computer science. “We accepted 27 students,” says Shank, who ran the program, “and 23 of them graduated.” 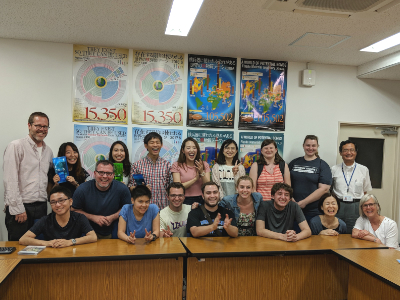 With support from the Japan–United States Friendship Commission, Moravian University strengthens its relationship  with sister university Osaka Ohtani in Tondabayashi, Japan, by bringing students from Osaka Ohtani to Moravian and taking our students to Japan. In May of 2017 and 2018, Daniel Jasper and Kelly Denton-Borhaug led a group of Moravian University students to Tondabayashi for the annual InFocus Global Seminar in Japan: “Exploring Culture, Peacebuilding, and the Legacies of War.” 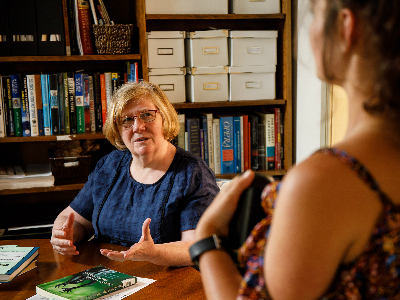 Johann Sebastian Bach and the Music of the Reformation Churches

This program, funded by the National Endowment for the Humanities and directed by Hilde Binford, brought 25 K-12 teachers from around the country to Bethlehem during the summer of 2017 to learn about Johann Sebastian Bach and the music and cultural history of the 17th and 18th centuries from leading Bach scholars. Besides Binford, presenters included Larry Lipkis, Moravian University music professor, and Greg Funfgeld, director of the Bach Choir of Bethlehem. Through lectures, workshops, and site visits, participating teachers developed expertise to take back to their home schools. To learn more, visit mrvn.co/bachinstitute. 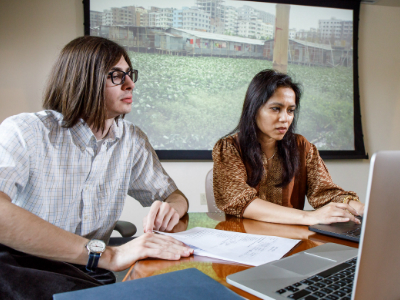 Sonia Aziz is co-principal investigator of this NASA-funded project, now in its second year.

Aziz’s work specifically explores whether advance warning of a cholera outbreak would spur people to take preventive measures, the best ways to disseminate information about a potential outbreak, and whether a satellite-predictive/prevention model would be cost effective. 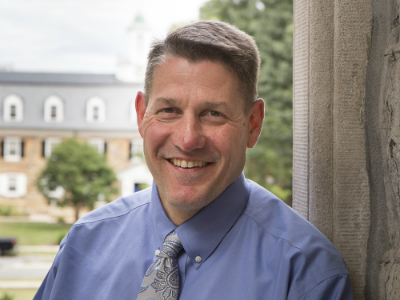 James (Jay) Scifers, chair of the department of rehabilitation sciences

James (Jay) Scifers, chair of the department of rehabilitation sciences, was granted the National Athletic Trainers’ Association’s 2017 Professional Development Excellence Award for his outstanding contributions in the area of continuing education and professional development.

Our student-to-faculty ratio is 11:1,  down from 12:1 over the previous four years.

New programs at the college have exploded over the  past five years, particularly in graduate and adult student education, which represent the largest and fastest growing segment in all of post-secondary education.

An increased focus on expanding the college’s reach into these markets helps address national projections of significant declines in traditional undergraduate enrollment.

Here’s what’s new and upcoming in our course catalog.