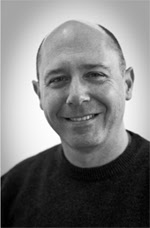 Bethlehem, Pa., December 2, 2015— Moravian College will host the tenth annual Undergraduate Conference in Medieval and Early Modern Studies on Saturday, December 5, on its Main Street Campus. As part of the conference, a concert by Galileo’s Daughters titled “Perpetual Motion: Galileo and His Revolutions” will be held at 5:00 p.m. in Trinity Episcopal Church, 44 E. Market Street, Bethlehem.

The day long conference will include a plenary presentation by Michael Drout titled “Heroes and Monsters Walking the Named Lands of the North: Beowulf, Legend and History” at 12:50 p.m. in Prosser Auditorium, Haupert Union Building. Drout is professor of English and director of the Center for the Study of the Medieval at Wheaton College.

Faculty members and students from 38 different colleges and universities from the region and beyond will be at Moravian College to present research projects on medieval or early modern literature, history, art history, philosophy, religion, theater, or music.

The presentations also include theatrical and musical performances. There will also be demonstrations featuring a calligrapher, medieval textiles, and a Moravian’s Celtic Ensemble. The conference will include a poster display, a book and conference merchandise sale, along with demonstrations of Medieval and Early Modern themed board games. 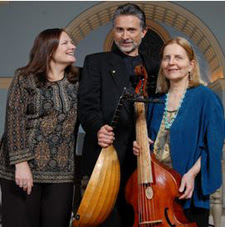 The day will conclude with a concert by Galileo’s Daughters titled “Perpetual Motion: Galileo and His Revolutions” on Saturday, December 5 at 5:00 p.m. in Trinity Episcopal Church, 44 E. Market Street, Bethlehem. An ensemble based in New York City, Galileo’s Daughters was founded in 2001 and inspired by the lives and works of Galileo Galilei, his daughter, Maria Celeste, and the musicians and scientists of their time. Sarah Pillow, soprano, and Mary Anne Ballard, viola da gamba, along with special guests Ronn McFarlane, lute (as Vincenzio Galilei) and Mark Wagnon, video artist., tell their stories by connecting science with the arts, human thought and faith with intriguing and compelling programs. The concert intertwines narration about the coinciding discoveries in science and music with the avant-garde compositions of Galileo’s day, accompanied by images from the heavens and nature that are mixed live and interact with the music and storytelling.

For more information, please visit www.galileosdaughters.com. Tickets are available at the door for a $15 suggested donation, children under 12 are free. For Information, email info@trinitybeth.org or call 610-867-4741. The concert is co-hosted by Trinity Episcopal Church and the Moravian College Undergraduate Conference in Medieval and Early Modern Studies.

"The conference provides an excellent opportunity for students to practice giving professional presentations and to share their research, which they have dedicated so much time and effort to, with an audience broader than their classroom," said Sandy Bardsley, associate professor of history. "Many Moravian students and faculty will also be involved in chairing sessions, running registration, and helping with setup and cleanup.”

During the conference, Bardsley will moderate a session titled, “iMovies about Medieval and Early Modern Women I” that will feature Moravian College student-produced videos focusing on famous historical women. They include Colleen McMahon’s video on Catherine de’Medici, Daniel Kilgallen on Joan of Arc, Leah Matusewicz on Eleanor of Aquitaine, and Taylor Giannetti on Anne Boleyn.

The conference organizers gratefully acknowledge the support of the Lehigh Valley Association of Independent Colleges (www.lvaic.org) and the Moravian College History Department, English Department, the Provost's Office, the President's Office, and the Arts & Lectures Committee.

Admission to the Conference and the following musical performance is free and is open to the public, but registration is required.

Moravian College encourages persons with disabilities to participate in its programs and activities. If you anticipate needing any type of accommodation or have questions about the physical access provided, please email Professor Bardsley at bardsleys@moravian.edu or call 610-861-1398 prior to the event.