Back to Moravian College
Back
Music 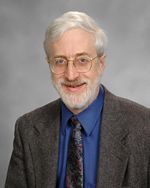 Composition; Music of the 20th and 21st centuries; Early Music Performance Practice, particularly Renaissance and Baroque instrumental and vocal music; music of Bach; music from the time of Shakespeare.

Dr. Larry Lipkis is the Bertha Mae Starner ’27 and Jay F. Starner Professor of Music and Composer in Residence at Moravian College in Bethlehem, Pennsylvania. He has been a full time faculty member since 1979 and served as Chair of the Music Department from 1997-2000. As Composer-in-Residence, Dr. Lipkis supervises the students in the Bachelor of Music program. This includes giving individual and group lessons in composition and directing the annual Moravian College Composers' Concert.  Five of Dr. Lipkis’ works have been recorded on CD. His bass trombone concerto was premiered in 1997 by the Los Angeles Philharmonic and his bassoon concerto was premiered by the Houston Symphony in 2002. He performs with the Baltimore Consort, an internationally acclaimed early music ensemble specializing in popular music from Shakespeare’s time. The group has made 12 CDs on the Dorian label and maintains an active touring schedule of 25 to 30 concerts per year.  Dr. Lipkis is on the Board of Managers of the Bach Choir of Bethlehem and for the past eight years and is a Music Director for the Pennsylvania Shakespeare Festival.