Zora Martin Felton, the first Black graduate of Moravian College for Women, remembered as a trailblazer and force for change 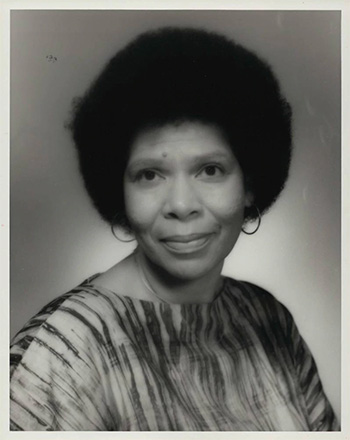 No matter what Zora Martin Felton accomplished, she always shifted the spotlight off herself, aiming to elevate the achievements of others.

“She was a very kind person,” said Martin Felton’s niece, Darlene Carnes. “If there were other people that had accomplishments, where they were making headway with their lives or doing bigger things with their lives, she would shine the light on them and she would acknowledge them.”

The first Black woman to graduate from Moravian College for Women in 1952, Martin Felton died March 11, at the age of 91. Family, friends and colleagues said she was a trailblazer and force for positive change in her community, both while growing up in the Lehigh Valley and during her career in Washington as a museum curator.

To read the entire story on the Morning Call website visit mcall.com/news/local/mc-nws-zora-felton-memorial-20220701-vcpvwqdbknhgdbocusbgj2kkim-htmlstory.html