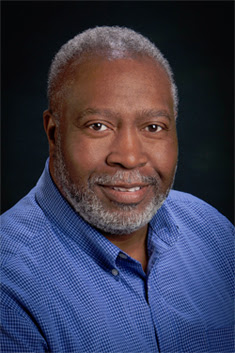 Bethlehem, Pa., December 9, 2014 —The Moravian College Alumni Association will honor six alumni and four current students at the fifteenth Annual Alumni Awards Ceremony on Saturday, December 12. Alyson Remsing ’03, president of the Moravian College Alumni Association, will serve as master of ceremonies during the event at which the prestigious Comenius Award will be presented to Odell Guyton, Esq. ’77.

Guyton is being honored with the Comenius Award, the Alumni Association's lifetime achievement award, for his many outstanding accomplishments in his field of work. Guyton earned his B.A. in Criminal Justice from Moravian College in 1977 and his law degree from American University, Washington College of Law. After earning his law degree, Guyton was hired by then District Attorney, Edward G. Rendell, as an assistant district attorney for the Philadelphia District Attorney’s Office where he was instrumental in establishing Pennsylvania’s Victim Witness Assistant Programs. Later, Guyton was appointed assistant U.S. attorney for the Eastern District of Pennsylvania and was honored with the prestigious Director’s Award for Superior Performance as an assistant U.S. attorney.

Other award winners will include Jessica Preston Grillo ’08 who will receive the Emerging Leader Award. Grillo has served the campus community both as secretary and communications chair of the Alumni Board and is currently president-elect. In those roles, Grillo has been an active leader in a variety of significant alumni events.

Jonathan E. Latiano ‘06 will receive the Young Alumni Achievement Award. A sculptor, whose work has appeared in art exhibitions across the country and in London, won the prestigious Mary Sawyers Baker Prize in Art in 2013, which led to his first solo museum exhibition at the Baltimore Museum of Art. He was recently awarded his first major permanent public arts commission by the City of Baltimore, which is scheduled to debut in 2017.

Joseph M. Shosh, PhD, ’88 will receive the Benigna Education Award for his outstanding contributions to the field of education. Chair of the Education Department at Moravian College, Shosh also directs the action-research-based graduate education program. He is respected nationally and internationally as one of the world’s leading “Action Researchers.” Furthermore, Shosh is one of five international initiators of the Action Research Network of the Americas and currently serves as the chair of the Executive Committee of the Coordinating Group.

The Medallion of Merit will be presented in honor of Amy Lesser Mende ’76 (posthumously), who served her Alma Mater as an unwaveringly loyal volunteer for nearly 40 years. Her dedicated service to Moravian College included volunteering on the Alumni Association’s Alumni Weekend Committee, as well as its Homecoming Committee, where she assisted with registration, coordinated tours, and helped plan weekend-long events.

Steven J. Milligan ‘86 will receive the Haupert Humanitarian Award for his outstanding service in the cause of human welfare. Milligan ’86 founded TOPSPORTS in 2000 to provide free athletic activities and social interaction for special needs children and their families. Since its formation, TOPSPORTS has gone from a soccer program serving six children to an organization that offers several recreational and athletic activities for more than 500 special needs children throughout Philadelphia, Bucks, and Montgomery counties.

In addition to alumni awards, the Alumni Association annually recognizes several full-time Moravian College students for their superior scholastic merit and the outstanding contributions they have made to campus life and to the community. Congratulations to this year’s fellows: Meghan Cote ’16 of Stewartsville, New Jersey. Cote is an English major and Spanish and management double minor; David Pasquale ’16 is an economics and finance major and management minor from Orfield, Pennsylvania; Kimberly Polanco ’16 of Reading, Pennsylvania. Polanco is a nursing major; Kate Polles ’17 is an accounting major and business management and sociology double minor from Nazareth, Pennsylvania.