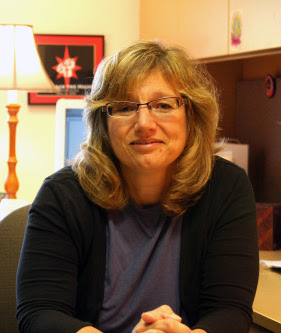 The Bethlehem YWCA honored Stacy Zaremba, professor of psychology at Moravian College, with the Racial Justice Award on August 20 at their 88th Annual Business Meeting at the Hotel Bethlehem. Zaremba currently supervises the YWCA’s Reading Circles program, a reading comprehension strategy set out to expose children to reading in a collaborative manner, when she’s not instructing young Hounds. But just like the readings and chapters she chooses for her students, Zaremba carefully curates her Reading Circles selections to be as inclusive as possible, in any way possible. Her curriculum for young minds generated such positive feedback, it earned her the award, given to an individual that has made a positive difference in racial/social justice through diversity and inclusion in the Bethlehem area.

Her philanthropic path began at the YWCA, where she served for two terms on their Board and one more as Board President. She first became involved with Reading Circles six years ago, helping grow the program that is now found at Boys and Girls Clubs, the YWCA, and several elementary schools around Bethlehem.

Now, Zaremba gets her Moravian College students involved while she oversees the program. In fact, much of the planning of her Reading Circles curriculum is done in her classes here at the College. “Students in my Psychology of Women courses have designed Reading Circles to expose children in the local community to books with strong female characters and more realistic and authentic racial minorities figures,” says Zaremba.“The Reading Circle assignment provides my students with a service learning experience, which also allows them to explore aspects of the course on a deeper level, including gender bias and stereotyping, feminist activism and gender typing.”

With television and mainstream media playing a bigger role in behavioral development than ever, Zaremba believes exposing children to culturally-diverse role models through reading can have the same effect, and it is easier to monitor. “Exposing children to literature that is inclusive helps develop a more positive image of themselves and their roles in society,” says Zaremba. “My passion is activism; I work with my students to move people from ‘thinking the good’ to ‘doing the good,’ which creates a more just and caring world.”