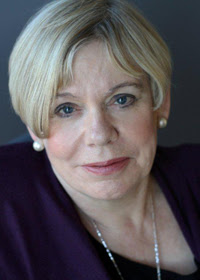 Bethlehem, Pa., September 18, 2015—Moravian College will hold Fall Convocation for students, faculty, staff on Thursday, September 24 beginning at 10:00 a.m. in Johnston Hall to celebrate the start of a new academic year and begin the “Poverty and Inequality” IN FOCUS thematic programming for the 2015-16 year. Internationally renowned author and scholar of religion Karen Armstrong will present the Cohen Keynote Lecture titled, "The Science of Compassion."

Armstrong will be presented with the Honorary Degree of Doctor of Humane Letters during convocation in recognition of her scholarship, leadership and dedication to achieving equity and peace, while maintaining the highest ethical standards and moral principles. "Karen Armstrong is a widely read internationally renowned scholar, provocative thinker and public intellectual,” noted Sonia N. Aziz, associate professor of economics and business. As we commit ourselves this to this year’s In Focus investigation of Poverty and Inequality, we are mindful of her emphasis on learning what motivates the allocation of scarce resources. Her examination of the effect of the exogenous forces of geography, culture and economics on humankind’s fascinating and elusive search for meaning gives us insight into understanding the causes and consequences of poverty and inequality.”

“We are certain that her visit will encourage students, faculty and community to think deeply about the complex and multidimensional nature of poverty and inequality, and to consider her message: that human beings are inherently compassionate and that this must be cultivated for a just economy and a peaceful global community,” Aziz continued.

"Karen Armstrong encourages her readers to seriously consider the place and role of religion in our contemporary world,” said Daniel Jasper, associate professor of sociology at Moravian College. “As religion plays a continuing role in human and global affairs, she provides her readers with tools for understanding how and why religion motivates people to make sense of their world and to act within it. Her rich historical knowledge and comparative perspective allows her readers to better understand our interconnected fate."

During her visit to Moravian, Armstrong will also speak with faculty at a lunch, spend time with students during the day, and attend a dinner with President Grigsby, faculty members, and other invited guests.

In conjunction with the visit of Karen Armstrong and the kick off of the Poverty and Inequality IN FOCUS theme year, the H. Paty Eiffe Gallery in the Haupert Union Building is featuring an art auction of works of students, staff, and faculty through the month of September organized by the Moravian Student Art Club. Proceeds from this auction will be donated to Charter for Compassion, Armstrong’s charity-of-choice.

Armstrong is the author of numerous books on religious affairs, including A History of God, The Battle for God, Holy War, Islam: A Short History, The Great Transformation, The Bible: the Biography, The Case for God, Twelve Steps to a Compassionate Life, and Fields of Blood: Religion and the History of Violence. She has also written two memoirs, Through the Narrow Gate and The Spiral Staircase. Her work has been translated into over fifty languages. She has addressed members of the U.S. Congress on three occasions, lectured to policy makers at the U.S. State and Defense Departments; participated in the World Economic Forum; addressed the Council on Foreign Relations in Washington and New York, is an ambassador for the UN Alliance of Civilizations, and speaks regularly in Muslim countries, most notably in Pakistan, Malaysia, Singapore, Turkey and Indonesia.

In 2007, Armstrong was awarded a medal by the Egyptian government for her services to Islam, under the auspices of the prestigious Al-Azhar madrassah, the first foreigner to have been awarded this decoration. She was presented with the Four Freedoms Medal for Freedom of Worship by the Franklin & Eleanor Roosevelt Institute and the Dr. Leopold Lucas Prize at Tubingen University, in 2009. In 2013, she was the inaugural recipient of the British Academy Nayef Al-Rodhan Prize for improving transcultural understanding, and received the Gandhi/King/Ikeda Prize for Community Builders in the Martin Luther King Memorial Chapel in Atlanta in 2014. In June, 2015 Karen Armstrong was named to the O.B.E. in the Queen’s Birthday Honours list. She is a Trustee of the British Museum and a Fellow of the Royal Academy of Literature.

In February, 2008, she was awarded the TED Prize for her vision of a Charter for Compassion (www.charterforcompassion.org), which was crafted by leading thinkers in six of the world’s religions as a cooperative effort to restore not only compassionate thinking but, more importantly, compassionate action to the centre of moral and political life. The Charter for Compassion is now being implemented practically, realistically and creatively in countries, cities, schools and religious communities throughout the world.

Fall Convocation 2015 continues IN FOCUS, an innovative program to promote in-depth examination of complex issues from multidisciplinary perspectives. Through IN FOCUS the members of Moravian College and Moravian Theological Seminary engage in analysis and activism, through both academic and co-curricular programming, regarding important challenges facing human beings and the world in the 21st century. The theme for 2015-16 is Poverty and Inequality. The faculty members serving as directors of the Poverty & Inequality Center of Investigation are Sonia N. Aziz, associate professor of economics and business, and Nicole Tabor, associate professor of English

The goal of IN FOCUS is to engage students in the study of important issues that challenge humanity today and as we look to the future. Through grappling with complex problems, and examining them from several different perspectives Moravian’s graduates will be better prepared to contribute to a just society and a vibrant democracy. For more information and events, visit www.moravian.edu/InFocus.

About the Cohen Keynote Lecture

The Cohen keynote speaker for convocation is chosen based on the focus of the year’s thematic programming which is extended to other campus events, lectures, class discussions, and films throughout the entire academic year. Fall Convocation and the Cohen Keynote Speaker are made possible through the generosity of Nancy and Martin Engels in Memory of Nancy’s parents, Bernard L. and Bertha F. Cohen ’37.

Moravian College encourages persons with disabilities to participate in its programs and activities. If you anticipate needing any type of accommodation or have questions about the physical access provided for the Fall Convocation event, please call Michael Wilson at (610) 861-1365 prior to the event.