Reeves Library has digitized several collections for use by the college community, alumni and the public. Our initial project, partially funded by the CIC (Consortium of Independent Colleges), chronicles the history of the Moravian Seminary and College for Women from 1854 to 1954. Materials in the listed collections can be used for curricular assignments or more in-depth research. We welcome the opportunity to collaborate with educators and work with researchers on the use of these materials.

Moravian College for Women Oral Histories Project, 2001-2003: Videotaped interviews by the Moravian Alumni Association consisting of women alumnae about their experiences at the women's college.

MCW Women in the Sciences Exhibit: Research from a student library internship produced this exhibit showcasing Moravian College for Women graduates in the sciences from 1913-1954. This research guide illustrates the many facets of the project and the collaboration required to create the exhibit, which is available to travel to other institutions!

Seminary Primary Sources on the Web 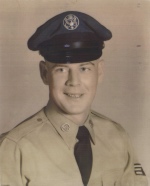 The Moravian College Veterans Oral History Project highlights the proud history of military service by Moravian alumni. Spanning the decades from the late 1940s up to the present, this collection of stories from Moravian veterans encompasses the Cold War, Vietnam War, Iraqi War, and Afghanistan.

Moravian College: Classroom Action Research Network Bulletin: The downloadable bulletins in this collection cover the years 1977-1991. This network grew out of the Centre for Applied Research in Education (CARE), founded by Professor John Elliott at the University of East Angola, UK., known for his work developing the theory and practice of action research for curriculum and teacher development.