For political science major Justin Vatti ’20, an internship with United Way of the Greater Lehigh Valley (UWGLV) meant an opportunity to pursue his interest in policies and procedures that help his community. Being prepared to do just that came as a result of the attention to diversity and inclusion he says are the cornerstone of his coursework. 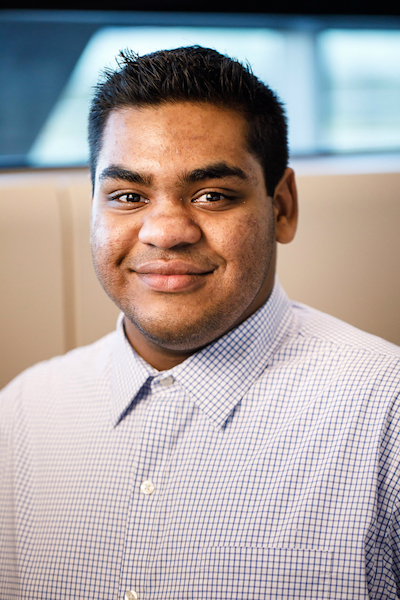 “I am so happy that Moravian University has helped me to understand diversity and inclusion so that I could fully understand poverty levels, CHIP, and some of the other things I worked on during my time at my internship.”

As Vatti poured over data relating to the non-profits that UWGLV supports and researched the impact of federal policies such as Pennsylvania’s Children’s Health Insurance Program (CHIP) he came to understand just how broad a reach UWGLV has in the community.

“I am so happy that Moravian University has helped me to understand diversity and inclusion so that I could fully understand poverty levels, CHIP, and some of the other things I worked on during my time at my internship.” –Justin Vatti ’20

He also examined ways in which non-profits and the community at large could support displaced survivors of the hurricanes that swept through Puerto Rico last year while working with UWGLV’s Impact Team and the American Red Cross.

“My biggest takeaway from my internship experience would probably have to be the realization that one organization like United Way supports thousands of community members around the Lehigh Valley, and how much philanthropy and raising money to support non-profit organizations really does help others in need,” Vatti says.

Vatti’s understanding of the issues surrounding diversity and inclusion no doubt aided his work to run a case study about K-12 schools and how the poverty level increases with the rise of minority enrollment. Not only did this project sharpen his research skills and utilization of Excel spreadsheets, but further influenced his future career goals.

“This experience has positively affected my outlook on working with students of different backgrounds, possibly with higher education at a college, or getting my master’s degree in public administration to work with non-profits and the citizens of our area,” he says.

Vatti is open to taking his studies in other directions too, as he considers pursuing a master’s degree and doctorate in education, or attending law school to concentrate on higher education affairs.