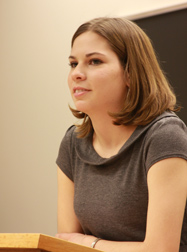 Since the collapse of Argentina's military dictatorship in 1983, directors have tried to represent the realities and the lasting repercussions of the Dirty War on film. Early efforts, such as La historia oficial and Camila, rely on an accessible narrative format and commercial sheen to tell their stories, but later filmmakers reacted against this model. One such director, Marco Bechis, examines the brutality of Argentina's clandestine torture centers as well as the Dirty War's continuing effect in the lives of hijos (the children of the disappeared) in his films Garage Olimpo (1999) and Figli/Hijos (2001). I argue that Bechis employs certain narrative and filmic techniques that mirror Argentine cinema of the 1980's, but with a completely contrary purpose in mind. In his films, Bechis denies audiences any sense of closure in order to remind people that the Dirty War is still a contemporary issue. Thus, I maintain that Bechis' films implicitly criticize the previous generation's take on the dictatorship by utilizing its form but twisting its function.