The opioid epidemic impacts over 50,000 individuals across the United States annually and harbors particularly detrimental effects on individuals in rural communities. Locally, Wayne County, PA experiences a relatively high rate of opioid addiction in comparison to the country. However, despite its prevalence, the concept of addiction faces heightened stigma. As a result, opioid abuse has become a particularly troubling topic for many individuals, with the impacts of abuse drastically affecting family members and communities as a whole. This epidemic has allowed for further research into the effects of substance abuse on the individuals who engage in it. Still, it has failed to include the individuals closest to the abuser, such as their family, friends, and community more generally. This population is essentially forgone during the research process but holds critical data in relation to the label’s impact, and the stigma associated with the label. Therefore, this study intends to examine the impact of labeling someone as an addict on not only the labeled individual but also the individuals closest to them. In determining the effects of the label, this research will provide much-needed data on a population that is closest to the labeled individual, which has the potential to encourage the restructuring of available treatment and support agencies or even the expansion of these programs. This research deals directly with Labeling Theory and will further examine the theory's effectiveness while also dealing with essential concepts such as stigma and providing a vastly misrepresented group a platform. In doing so, this research will focus primarily on the experiences of the family members of individuals who have been labeled addicts. This misrepresentation stems from the lack of research completed on the group.

Caitlin Roth '21, "Sex Role Socialization in Childhood in Relation to its Impact on Future Career Choices"

Sociologists will argue that gender is a socially ingrained concept, that we “perform” in certain ways that represent traits of masculinity and femininity to other members of a society in order to express our gender identity. Gender identity is introduced from a young age, and is reinforced by gendered play, parental influence, and interactions with peers. All these interactions further reinforce the gender identity that is given to the child, which carries with them throughout their life. Expected gender roles have a strong impact in our society, which can be seen in the workforce, as certain careers are predominantly “male” or “female” dependent on the assumed attributes they possess based off of their assigned gender fit. If we know that gender is a social construct, then why do we still associate certain behaviors with certain genders? Why do we impose a gender identity on our children? What impact do these rigid gender expectations have on children later on in life, especially in the workforce, and how does it affect the way they see themselves? How does it affect the way they see their peers and the world itself? In this study, I propose to ask current college-aged students their experiences with gender roles and sex role socialization in their childhood, as well as their views on certain career choices in terms of femininity and masculinity. This information will be gathered from surveys and interviews given out on Moravian University’s campus. By examining the toys that these college age students played with in their childhood, their current views on gender roles in children’s play and career choices, as well as their prospective career goals, we aim to test if there is a correlation between future career choices and sex-role socialization in formative years.

Sara Yitzchaki '20, "Assessing Meanings of Stigma within the Experience of Alcoholics Anonymous (AA) Members in the Lehigh Valley"

Nina DePalma '17, "Are We Truly the “Land of the Free?” Mass Incarceration, Prison Reform, and the MacArthur Foundation"

Advisor: Dr. Virginia Adams O'Connell
Abstract
The United States has the highest incarceration rate of any developed nation in the world. With over 2 million people in prisons and jails, it is becoming an issue of attraction for activists, humanitarians and politicians alike. The United States has developed a prison-industrial complex, which is explored by using sociologist Charles Wright Mills’s theory of the Power Elite. Looking to alleviate the condition of the criminal justice system, in this case specifically in Philadelphia, the MacArthur Foundation has given 3.5 million dollars to the city. This money aims to reduce the incarcerated population by 34% as well as address racial and ethnic disparities. This paper uses a journalistic approach to explore connections between the power elite, prison industrial complex, the issue of mass incarceration and the MacArthur Grant in Philadelphia.

Advisor: Dr. Debra Wetcher-Henricks
Abstract
This Honors project investigates attempts to connect two currently unrelated lines of study to identify particular personalities and past experiences common among college students who abstain from drug use, alcohol use, and sexual activity. One set of findings, stemming from Self-Control Theory (Hirshi & Gottfedson 2000) and Ego Depletion Theory (Levy 2014) claims that the socio-personal characteristics of fear and traditional beliefs are closely associated with levels of self-control. Another set of findings identifies an association between levels of the same socio-personal characteristics and degrees of abstinence among college students (Merril et al. 2005, Rosenberg 2008, Mbotho, et al. 2013, Grimaldi, et al. 2016). But, each of these studies has used separate samples of subjects. This study determines whether these two sets of findings can apply to the same individuals, meaning level of self-control can predict degree of abstinence, with SPCs acting as a mediating factor. Data, gathered through surveys containing Guttman Scale and typology items, provided measures of college students’ levels of self-control, SPCs and abstinence.

Jordan Sweeney '17, "The Role of Physical Activity in the Overall College Experience:  How Students and Athletic Directors Perceive the Challenges and Benefits of Staying Physically Active while in College

Advisor: Dr. Virginia Adams O'Connell
Abstract
This Honor's Project investigates the correlation between physical activity and the overall college experience for students. We define "quality" of the college experience in terms of students' academic performance, an assessment of their relationships with classmates, faculty, and staff at their institution, students' general health, and students' reports of their own happiness. We are doing this through student surveys, a focus group interview with students, and one-on-one interviews with athletic and fitness directors at the participating institutions. This study is being conducted with the hope that we can provide the directors from participating institutions with useful information for continued promotion of healthy and happy lifestyles to their students. 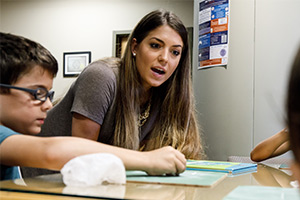 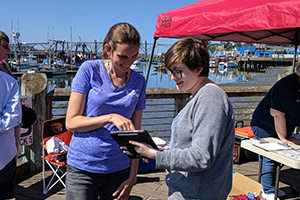 Tourism and Poverty: The Effects of Rural Tourism on Homeless and Impoverished Communities on The Oregon Coast

Bettyjo Labare '20 conducted ethnographic research by looking at the local community in Newport and its interactions with the tourism industry. 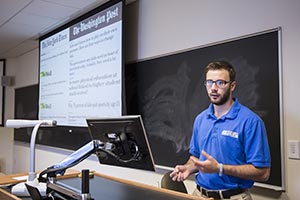 The Role of Physical Activity in the Overall College Experience: How students and athletic directors perceive the challenges and benefits of staying physically active while in college

In his SOAR research, Jordan Sweeney '17 aims to understand the challenges that students face trying to stay physically active while in college 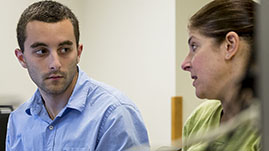 Cliques And Diversity Among Students In Various Institutions

In his SOAR research, Max Korten '16 focuses on cliques among college students, and looks for correlation with institution size. 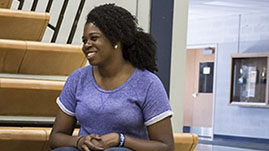 Victoria Alupke '17 dives into the potential conflict between athletes and non-athletes, especially among minority students on college campuses. 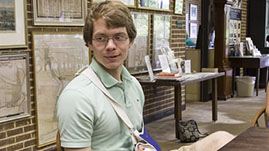 The Unauthorized Autobiography of Bethlehem Pennsylvania

Dylan Grubb '16 the study of Bethlehem's socioeconomic history as a way to demonstrate how different economic systems work in small scale democracies. 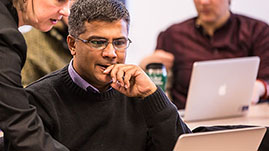 Akbar Keshodkar, assistant professor of anthropology, in the departments of history and sociology, shares his research into the rise of radicalism in Zanzibar at the February 4 Faculty Luncheon. 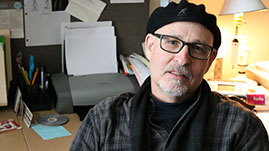 He served on a panel titled, “Moneyball or Mourinho: Is sport seeing a big data revolution?” which was a staged debate over the value of data analysis vs the experience and personality of successful coaches. 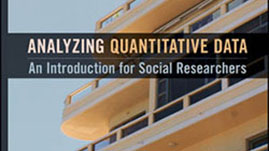 Wetcher-Hendricks, associate professor of sociology, has written an accessible, practical guide to the key quantitative processes and the use of software for analyzing data to draw valid conclusions from a research project.