Back to Moravian College
Back
Academic Support 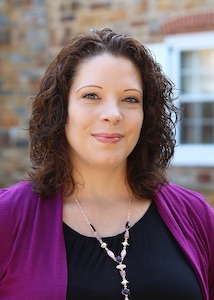 Dr. Jacobe has spent nearly two decades as a faculty member and administrator in higher education and served most recently as Director of the Center for American Language & Culture and Affiliate in the Department of English at The College of New Jersey (TCNJ).  She has extensive experience in academic support and advising, curricular design and revision, faculty development, accreditation and reaccreditation activities, and strategic planning in higher education.  The author of dozens of essays and book chapters, she is the author, most recently of Final Draft 4, a bridging level writing textbook for English language learners from Cambridge University Press.  Her research and writing interests include higher education and academic labor, humanities education, the scholarship of teaching and learning, and 20th-century and contemporary literature, particularly of the American South.  She is currently at work on a scholarly book that examines the evolution of articulated regional identity in novels by Southern writers working across the 20th and 21st centuries.  Dr. Jacobe holds a Ph.D. in English Language & Literature from The Catholic University of America, an MFA in Creative Writing from The American University, and a BA in English and Mass Communication from Emory & Henry College.