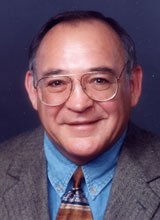 The Benigna Award recognizes an alumna or alumnus for outstanding contributions to the field of education. The Alumni Association is pleased to present Richard A. Bedics with the 2005 Benigna Education Award for his exceptional work in promoting the advancement of education on the local, state and national level.

After receiving his B.S. in elementary education from Moravian in 1963, Dr. Richard Bedics completed his M.Ed. from Kutztown University and then earned his Ed.D. from the University of Alabama in 1970. He first taught elementary education in Allentown before teaching briefly at Moravian College and University of South Florida. In1975 he began a 28 year career with Pensacola Junior College (PJC) where he held a variety of positions at three of the college’s campuses. He served as dean of instructional services, dean of health related education and provost at two vastly different campuses. In each position he met the rapidly changing needs of both the college and the community that it served. He provided critical innovative leadership in renovating curriculum, training faculty, regenerating and developing programs, and cultivating relationships between the college and the community. As provost, he first managed the remarkable expansion of PJC’s largest 25,000 student Pensacola campus, and he later helped develop PJC’s rural Milton campus, where he fostered collaborative programming with low-income community youth, area high schools, and the University of Florida. In 1988 he was chosen as the Outstanding Administrator in Northwest Florida, and in 1998 he was selected as the Santa Rosa Man of the Year. Dr. Bedics served as president of the Santa Rosa Chamber of Commerce and of the Santa Rosa County United Way. A published writer, he earned certification at Harvard’s Institution for the Management of Lifelong Education. The Alumni Association is delighted to recognize Dr. Richard Bedics with its Benigna Education Award for exemplifying the very best tradition in American higher education as a visionary, innovator, and community servant.