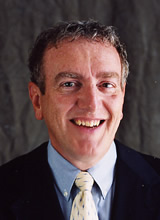 The Benigna Award recognizes an alumna or alumnus for outstanding contributions to the field of education. The Alumni Association is pleased to present Thomas H. Evans with the 2004 Benigna Education Award for his exceptional work in promoting the advancement of education on the local, state and national level.

After graduating from Moravian with a BS in biology in 1968, Tom Evans began a career in secondary education that spanned almost 35 years. In 1968 he began teaching high school biology in Delaware, where he also pursued an MED in Education Administration from the University of Delaware. After receiving his masters in 1972, he became an assistant high school principal in Dover, Delaware. In 1979 he returned to his alma mater, Easton Area High School, first as assistant principal and later as its principal. Following his 13 year tenure as principal, he began 5 years as Director of Secondary Education for the Easton Area School District in 1994. He finished his career in secondary education as Superintendent of EASD in 2002. His desire to improve education led him to serve on many local, state and national boards and committees, often in leadership positions. These included serving on the Board of Directors of the Two Rivers Chamber of Commerce and the Advisory Board for Valley Youth and serving as the president of both the Delaware Association of Secondary School Principals and the East Penn Interscholastic Athletic Association. Mr. Evans was also a member of the National Association of Secondary School Principals’ Committee on Education Technology and was on both the Pennsylvania and National Association for Supervision and Curriculum Development. During his career at EASD, he helped develop and implement the district’s technology initiative, secured successive state grants for the district’s Alternative Education Program, and helped Easton High School become one of the top 50 high schools in the nation for music. He also oversaw extensive development of educational and athletic facilities, including the district’s $34 million construction and renovation of Easton Area High School. Now retired from his distinguished career in public education, Tom is serving as adjunct professor at Moravian, where he is coordinating Moravian’s application for a prestigious National Science Foundation Grant and has written and taught a new course in teaching environmental science for Moravian’s Master in Education Program. Tom has 4 children and lives with his wife, Carolyn in Easton.