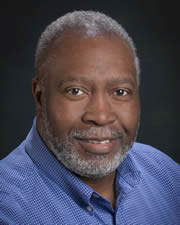 The Comenius Alumni Award recognizes an alumna or alumnus for outstanding achievement in her or his field of work. The Moravian College Alumni Association is pleased to present Odell Guyton ’77 with the 2015 Comenius Alumni Award in recognition of his exceptional career in the law and global compliance fields.

After his time in the Philadelphia District Attorney’s Office, Guyton was appointed as an Assistant U.S. Attorney for the Eastern District of Pennsylvania. He was also a member of the Organized Crime Drug Enforcement Task Force where he targeted the most violent criminal enterprises in the District, for which he was awarded the prestigious Director’s Award for Superior Performance as an Assistant U.S. Attorney.

Odell Guyton, is a former member of the Moravian College Board of Trustees and Alumni Association Trustee Representative to the Board. During his time as Trustee, he served as both the Chair of the Academic Program Committee and the Student Affairs and Enrollment Committee. Additionally, he was the Chair of the Moravian College Commission of the Future’s Committee on Diversity.

Currently, Guyton serves as Corporate Vice President, Head of Global Compliance for Jabil Circuit, Inc. in St. Petersburg, Florida, where he lives with his wife and college sweetheart, Karen Boyer Guyton ’78. Guyton is also a Certified Compliance and Ethics Professional, the Co-Founder and Co-Chair of the Society of Corporate Compliance and Ethics, a member of the Vidocq Society, and a participant in several United Nations working groups.