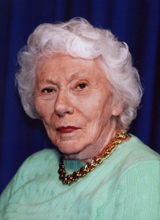 Priscilla Payne Hurd is a well-known and revered figure on Moravian’s campus. Whether interacting with students or conferring with fellow trustees, Priscilla Payne Hurd exemplifies the credo she wrote four decades ago: “No one is greater than the service he renders the world.” Since her appointment to Moravian College’s Board of Trustees in 1974, Priscilla Payne Hurd has profoundly impacted Moravian through her steadfast service, inspirational leadership, and unparalleled financial support. In 1999 she was elected Moravian’s first female Chair of the Board. During her tenure as Board Chair, the College has undergone extensive renovation and expansion of its infrastructure, the addition of innovative curricular and co-curricular programs such as the Learning in Common curriculum and the Leadership Center, and an unprecedented increase in both the quality and quantity of its student body. She created the Priscilla Payne Hurd Center for Music and Art and the Frank E. and Seba B. Payne Gallery, provided financial leadership for the construction of the Priscilla Payne Hurd Academic Complex, and established the Priscilla Payne Hurd Chair in the Arts and Humanities. Most recently, Mrs. Hurd established the 1.5 million dollar Ervin J. Rokke endowment for student research.

The Lehigh Valley’s most generous philanthropist, Mrs. Hurd has received numerous awards, including the YWCA’s Golden Laurel Award, the Rotary Club of Bethlehem’s Paul Harris Fellow Award, and the Allentown Arts Commission’s Arts Recognition Award. In 1996, the Bethlehem Chamber of Commerce established the Priscilla Payne Hurd Award to recognize the impact and influence of an individual on the enhancement of life in the Bethlehem community through the arts, education or health care. Mrs. Hurd was the first woman to chair the board of trustees of St. Luke’s Hospital and is a trustee of the Frank E. Payne and Seba B. Payne Foundation. Moravian College, Lehigh University, and DeSales University have all awarded her honorary degrees.

In grateful acknowledgement of her extraordinary leadership, dedication, and support of Moravian College, the Alumni Association is proud to recognize Mrs. Priscilla Payne Hurd with the distinction of honorary alumna.