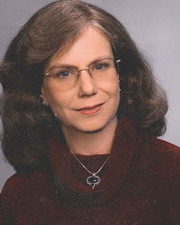 Amy Lesser Mende ’76 served her Alma Mater as an unwaveringly loyal volunteer for nearly 40 years. Her dedicated service to Moravian included volunteering on the Alumni Association’s Alumni Weekend Committee, as well as its Homecoming Committee, where she assisted with registration, coordinated tours, and helped plan weekend-long events. Mende also volunteered for the Antiques Show Committee and served as the chair for the Antique Show’s Garden Gate Café. As chair, she recruited and supervised numerous volunteers who supplied and prepared food and served the Antique Show’s hundreds of patrons. In 1995, Amy also led an initiative to commence an Art Auction to raise funds for Reeves Library. She co-chaired this event for six years.

In addition to volunteering for Moravian’s 250th Anniversary celebration in 1992, Mende was one of the first to volunteer for the newly-reorganized Alumni Association’s Lehigh Valley Home Club. Her dedication to the Home Club throughout the years proved instrumental as she helped recruit much-needed alumni volunteer support for various Home Club events, including the Home Club’s Freshman Welcome Picnic.

Along with her previously-mentioned invaluable services to the college community, Mende served two terms on the Alumni Association’s Board of Directors. Unfortunately, Amy passed away in October 2014, before completing her second term, leaving behind her husband of almost 40 years, Bob Mende ’74. Mende’s nearly four decades of loving college community.