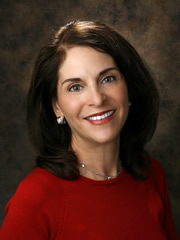 The Benigna Education Award recognizes an alumna or alumnus for outstanding contribution to the field of education. In recognition of the impact she has made on her students and on the institutions where she has taught, the Moravian College Alumni Association is proud to present Anne M. Rampolla ’79 with the 2011 Benigna Education Award.

Anne has been teaching for 32 years and currently teaches various levels of Spanish at Moravian’s Comenius Center and Lehigh University. Anne has also taught at DeSales University and Muhlenberg College here in the Lehigh Valley, as well as teaching college-level courses at numerous schools in North and South Carolina.

Anne has been inducted into the DeSales University chapter of Kappa Delta Pi, an international education society dedicated to excellence in teaching. She was also chosen to represent the university on an expedition to Peru, and at the annual Collegium of faculty of Catholic colleges. Anne is a member of the American Council of Teachers of Foreign Languages, and has just been named to the Advisory Board at the Children’s Home of Easton, one of the charities she actively supports.

Profesora Rampolla is known by her students as a very patient and understanding professor whose enthusiasm for education takes away the fear many students have of a foreign language. She has given her students academic support by creating a dynamic and enjoyable learning environment. Perhaps her greatest impact is the emotional support she has given so many of her adult students who often must balance many responsibilities while getting their degree; her understanding and patience have helped them achieve their goals.