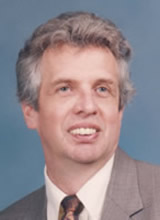 Since his daughter, Joan ’86 and son, Jeffrey ’90 began attending Moravian College, Fred Reinhard has been one of Moravian College’s most enthusiastic and effective ambassadors and supporters. As a longstanding member of the Board of Trustees, as a proud parent of college graduates, and as an avid promoter of our athletic programs, Fred had made a profound and lasting difference in the life of our institution and its students. As a College trustee for more than seven years, he has provided strong direction to Moravian from the boardroom. At the same time, Fred has referred countless students from the Palmerton Area School District to Moravian and has offered numerous student internships and employment opportunities to our graduates. Honored as the 2003 Gillespie Award recipient for his unwavering support of Hound athletics, Fred has been a true and loyal fan, faithfully attending at-home and away events in virtually every sport. He has hosted many receptions for current and prospective student-athletes. At the same time, his financial leadership has greatly enhanced Moravian’s athletic programs, helping to initiate our men’s lacrosse program, to establish athletic internship positions, and to provide leadership in the athletic campaign. Through his newspaper, cable television, and internet companies, Fred has generously offered invaluable public relations support to the College, promoting it to hundreds of thousands of people in the region and beyond. Indeed, his latest initiative will provide the first public broadcast of Moravian Vespers Services throughout Eastern Pennsylvania and New Jersey. In acknowledgement of his outstanding dedication to Moravian College, the Alumni Association is proud to recognize Fred Reinhard with the distinction of honorary alumnus.