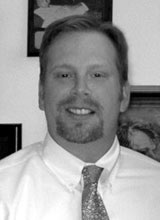 Sean Richardson currently serves as the Chief of Staff to U.S. Congressman Patrick J. Kennedy (D-RI), a member of the House Appropriations Committee. With nearly a decade of legislative and political communications experience, Sean is responsible for managing all legislative and political matters, including offices in Washington, DC and Rhode Island, for Congressman Kennedy. One of the youngest Chiefs of Staff in Congress, Sean assumed this position at the age of 28. A 1997 Political Science and Sociology graduate of Moravian College, Sean began his political career as policy advisor for longtime Democratic Leader of the House of Representatives, Richard A. Gephardt. In 1999, Sean briefly left Capitol Hill to join the CBS News Political Unit as an associate producer covering the presidential campaigns of Vice President Al Gore and US Senator Bill Bradley. In 2000, Richardson returned to Congress to serve Tom Daschle, Democratic Leader of the US Senate. As Chief of Staff for the Democratic Communications Committee, Richardson took a lead role in crafting and executing the message strategy for the Senate Democratic Caucus and in coordinating dissemination of the Democratic message through all media forms. A veteran of numerous political campaigns, Sean played an active role in the last two presidential campaigns as the spokesperson for Vice President Al Gore and the Democratic Coordinated Campaign in Harrisburg, PA and as an advisor to Dick Gephardt's 2004 Presidential Campaign. He has also successfully engineered the re-election of Congressman Kennedy in 2002 and 2004 and has consulted on campaigns for the US Senate and the House of Representatives. He currently resides in Arlington, VA with his wife Renee Szabo Richardson '96 and their son Colin.