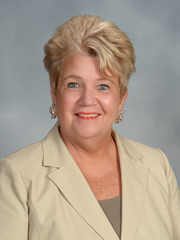 Denise M. Torma, Ed.D., assistant superintendent at East Penn School District, always wanted to be a teacher. Having earned her bachelor’s degree in social science at Moravian in 1977, she soon entered the classroom, teaching multiple subjects at the elementary level, and then social studies at Phillipsburg and East Stroudsburg Area high schools. During this time, the Bethlehem native continued her own studies, earning a master’s degree in educational science from Temple University in 1986. She later received a doctorate from Widener University in educational administration in 2000.

After more than a decade teaching, Denise transitioned into administration, serving in a variety of principal and leadership positions in the East Penn School District. In 2005, she assumed the role of East Penn’s assistant superintendent for initiatives and evaluation. Four years later, she was elevated to her current position. Denise served as a 2008 People to People Ambassador in Educational Leadership to South Africa and presented at the 2006 China/US Global Leadership Conference in Beijing, China.

Since graduation, Denise has maintained a strong association with her alma mater. In 2002, she received the College’s Robert M. Herbstman Award, recognizing her team work, leadership and selflessness that exemplify the spirit of Moravian College athletics. Although she wasn’t an athlete in high school, she played three sports at Moravian – volleyball, tennis and badminton and received the Most Valuable Senior Athlete Award. Denise led 25 student athletes during the 2006 and 2007 Moravian College Student-Athlete Leadership Conferences. Additionally, Denise has served as a member of the Hall of Fame and Blue & Grey Club executive committees and chair of the selection committee for the Herbstman Award. She contributes time to the Education Department for the annual job fair and interview seminars and was the keynote speaker for the Education Opportunities Day and for the Professional Career Networking Events.