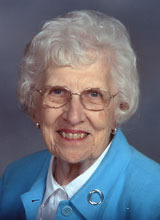 Among the comments under her senior picture in the 1946 Benigna, Marjorie Flohr was said to have “kind eyes” and “a logical mind that ponders the world’s problems”. After graduating with a BA in English, she married Ed Weiss and spent the next 30 years raising their children and teaching. In 1977 Marjorie decided to pursue a career in which she felt she could not only ponder but help to solve some of the world’s problems, and she began a 17 year career as Director of Volunteer Programs for Miller Blood Center. As she worked to build the Center’s strong volunteer program, she also obtained an M.S. in Human Services Administration from the University of Scranton. From 1984 to 2003, she first co-founded then co-led the Volunteer Management Services for the Volunteer Center of the Lehigh Valley. She served as president of the Society of Volunteer Administrators of the Lehigh Valley, and upon her retirement in 1994, Marjorie continued to serve the community as a deacon and elder at her church and coordinator and editor of the monthly volunteer newsletters for both Lehigh Valley and St. Lukes Hospitals. For the last 10 years, she has been both an instructor and board member of the Program for Women and Families where she is a strong advocate, a cheerful mentor, and a dedicated educator to women offenders. She is the recipient of numerous awards, including the Hospital Association of Pennsylvania’s Evelyn Burston Award, the Lehigh Valley Senior Citizen Freedom to Volunteer Award, and the Frank Madey Award for Humanitarian Service. The Alumni Association is indeed proud to add its recognition for her life of service by awarding her with its 2005 Haupert Humanitarian Award recipient.