Back to Moravian College
Back
InFocus

Refugees, and the Impact of War

The In Focus "Haywagon Stage" final performance took place on May 3, 2019, as part of the final class project of the students in THEA232 ART OF THEATRE, a Town Hall course in which students researched the intersection of theatre with the various InFocus themes before envisioning and creating a piece of theatre themselves--the performance is culminating ACTION that grew out of the research.

The performance was acted without dialogue, and featured original poetry by Gabrielle Stanley and live music by Liam Mulligan. 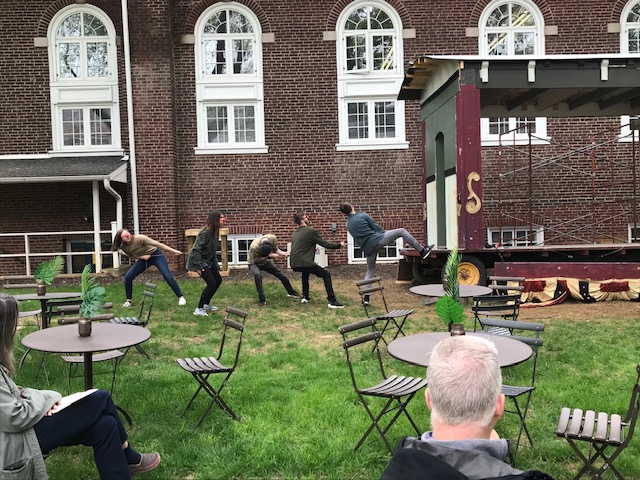 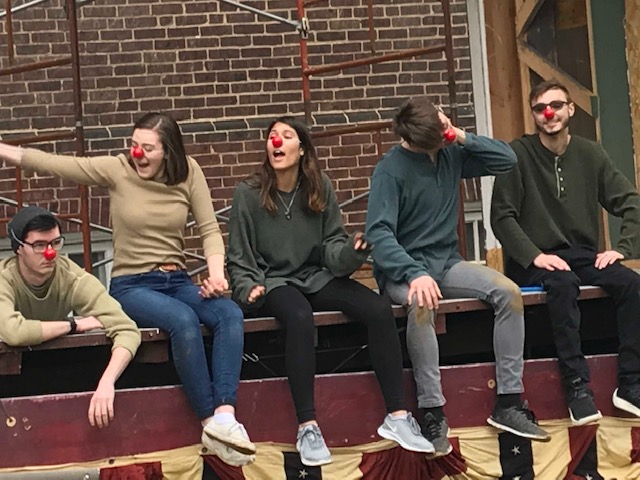 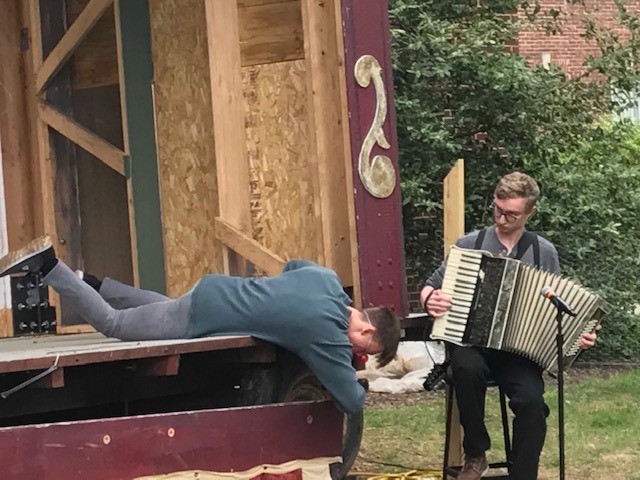 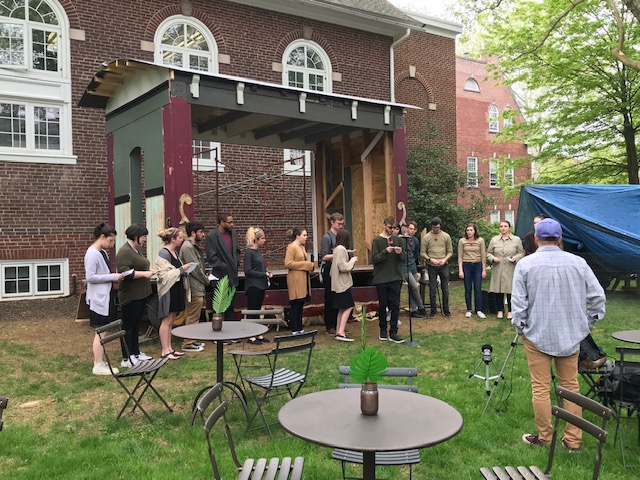 A Performance About Immigration and Nativism

This was a performance developed by the students in Dr. Jane Berger’s History 295:  Race and Citizenship in the 20th-Century U.S..  The students examined motivation and obstacles in the immigration process, and used a theatrical form to explore and communicate lessons learned in the course. Through the performance, students depicted the historical patterns of immigration, decade by decade. 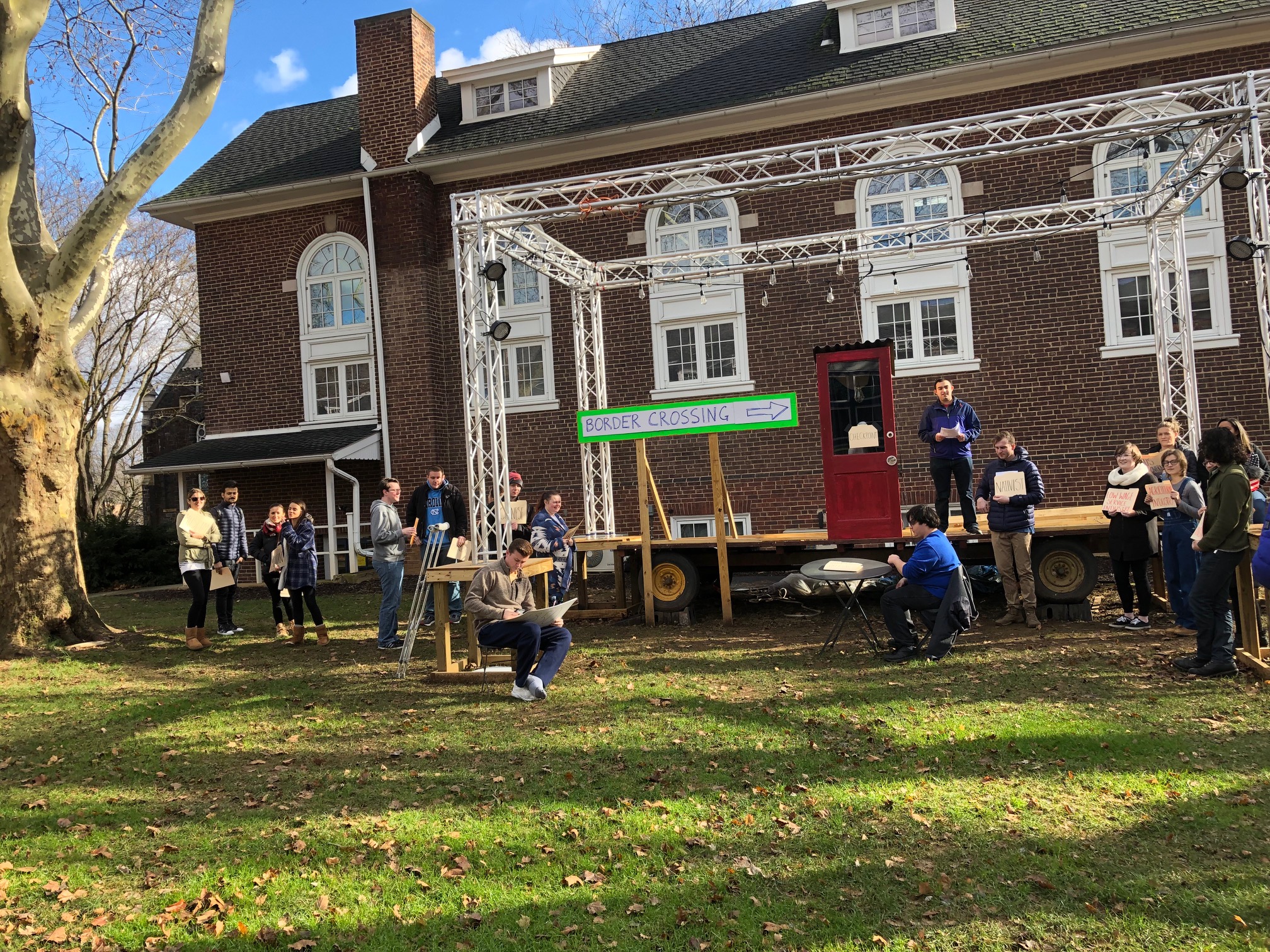 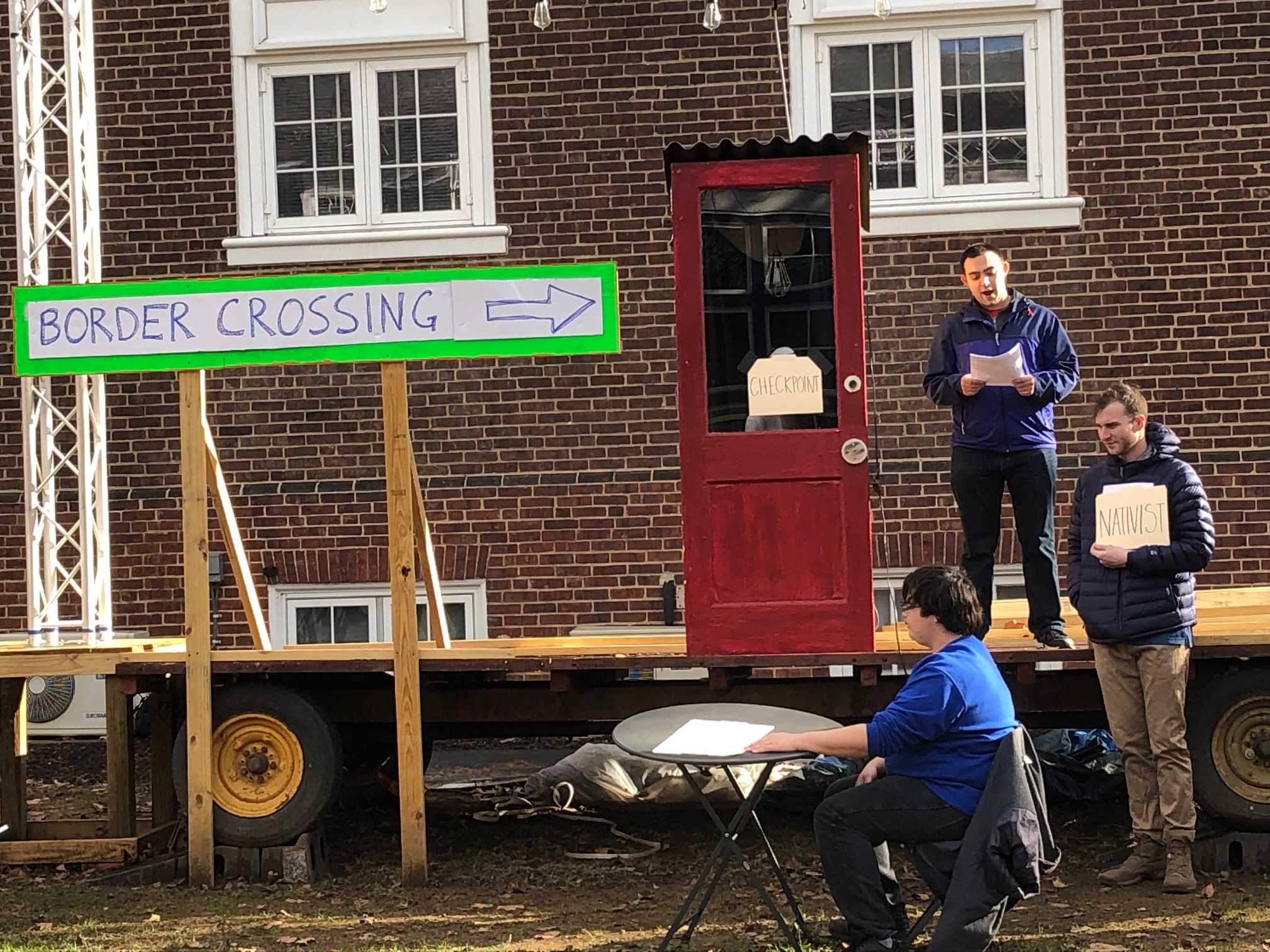 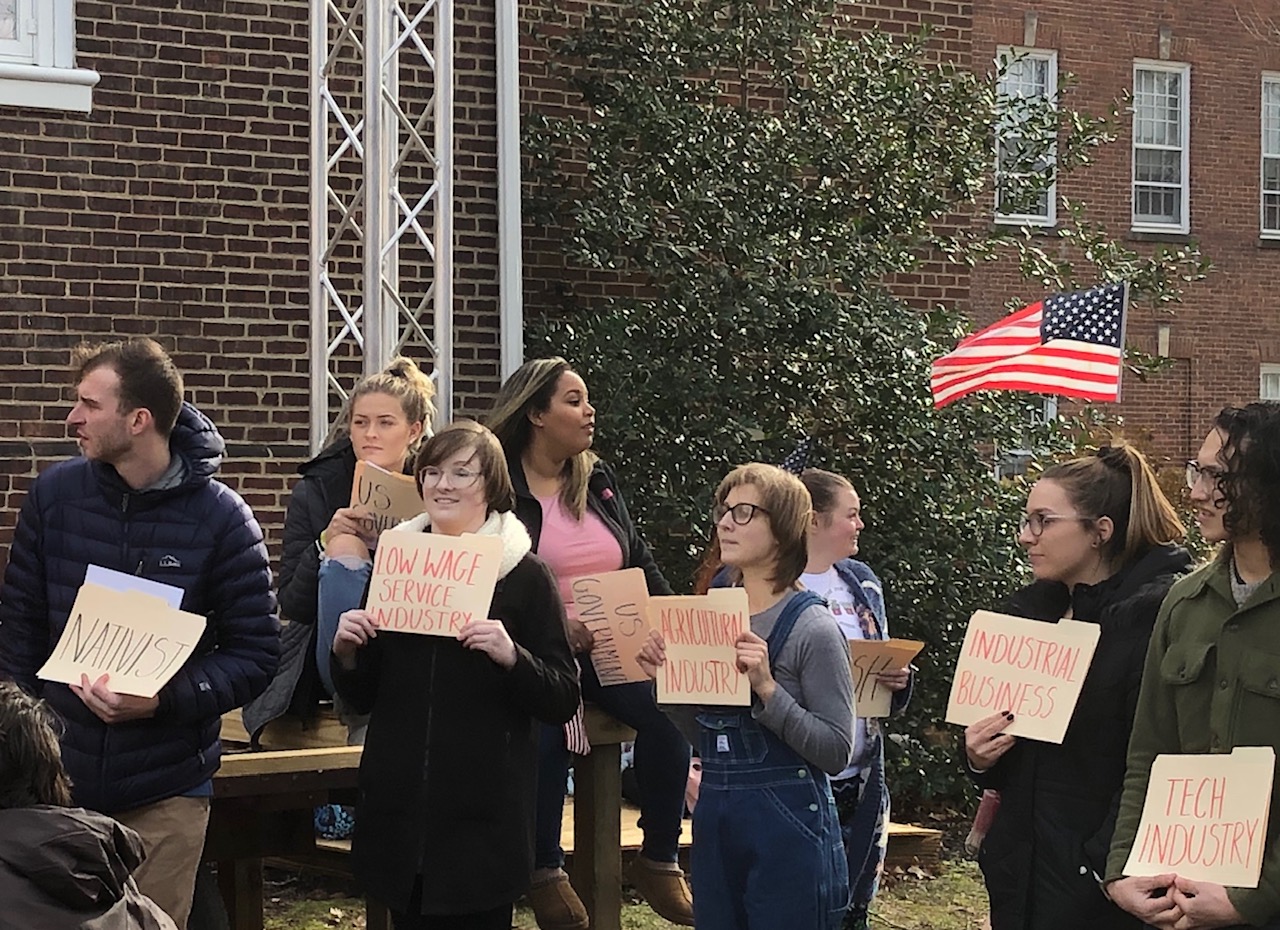 As part of the Haywagon Stage InFocus project, during Veterans' Day week at Moravian College members of our community were invited to reflect on the costs and consequences of violence, including the violence of war.  As Gandhi said, "Violence brutalizes human beings." The attached photos detail the messages about these costs and consequences that are on the minds of members of the Moravian College Community.  As the invitation to participate emphasized, "Honest dialogue and remembering help us to build a more peaceful world." 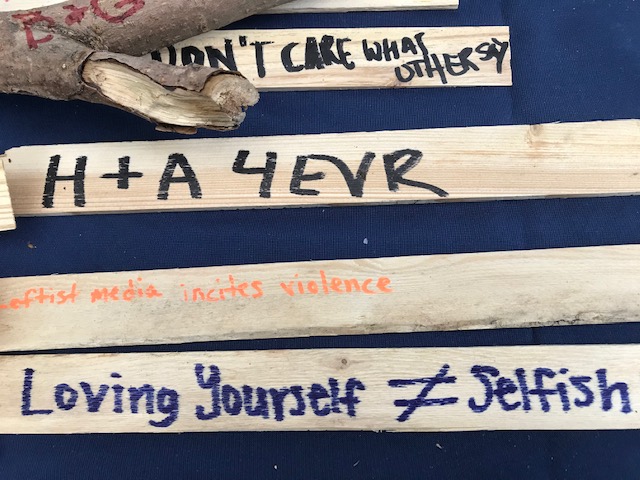 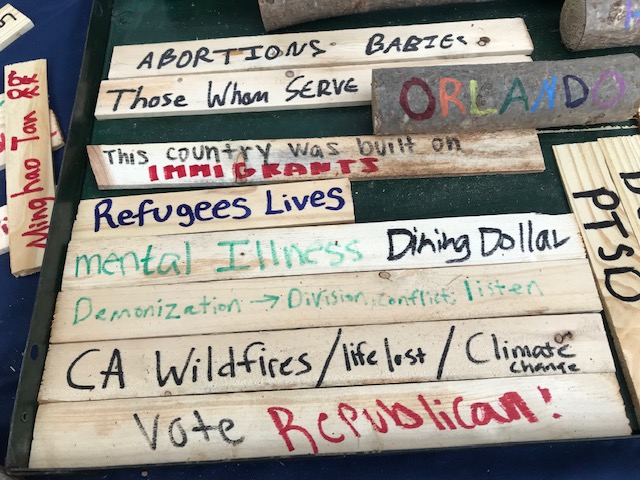 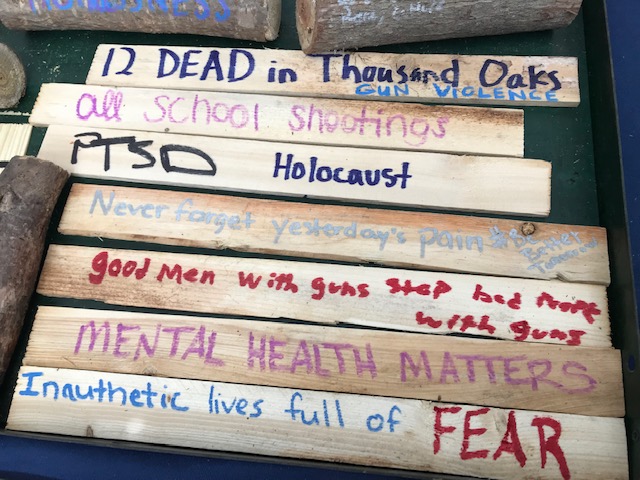 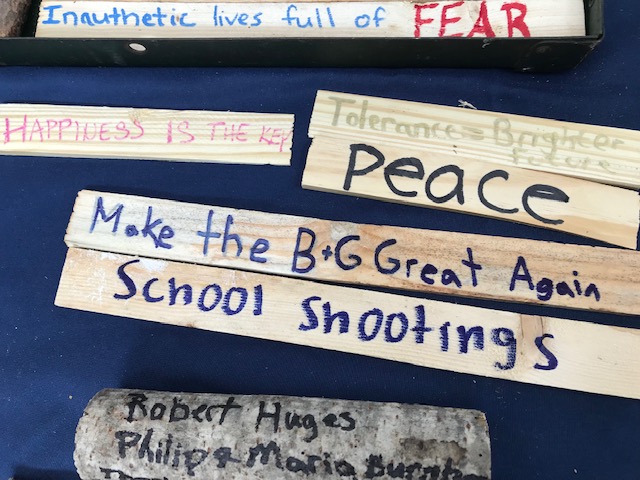 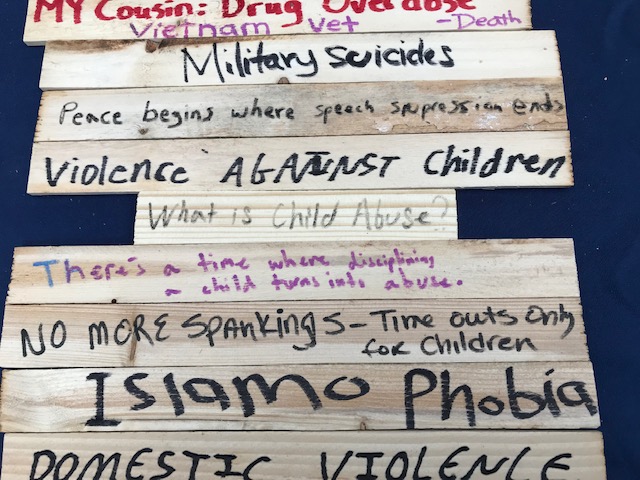 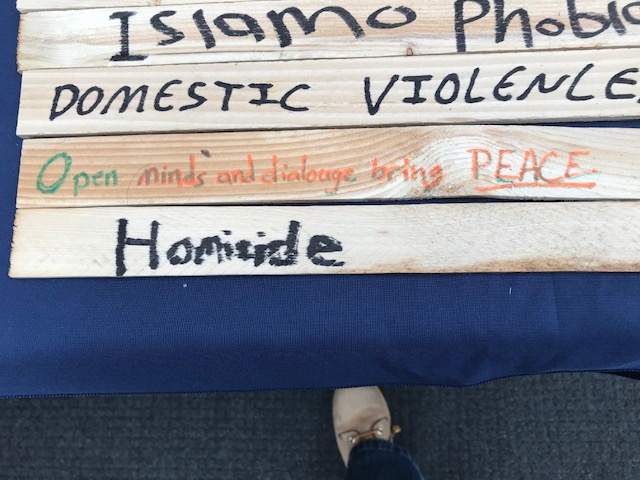 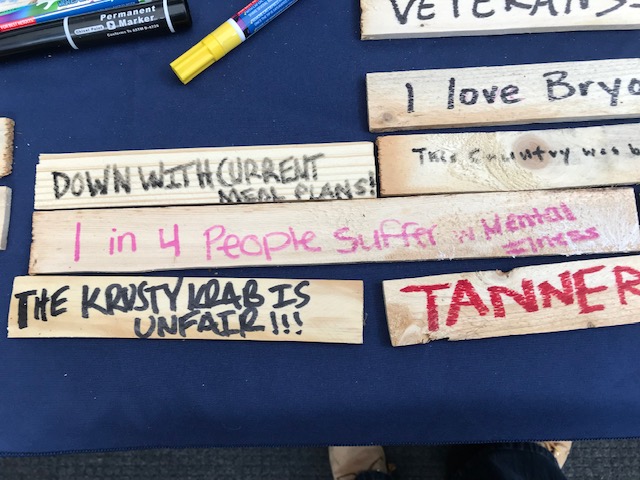 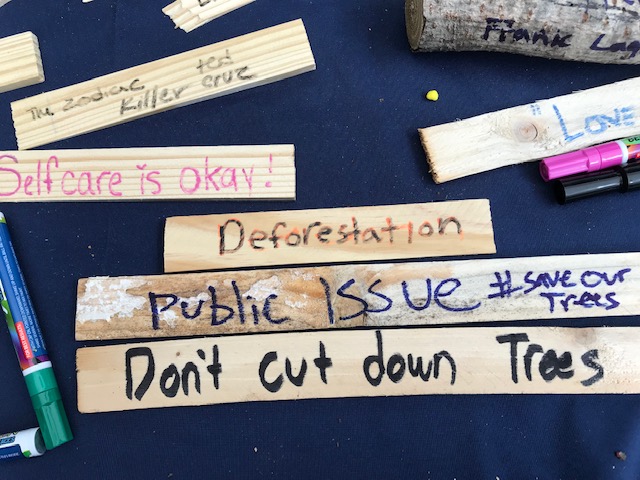 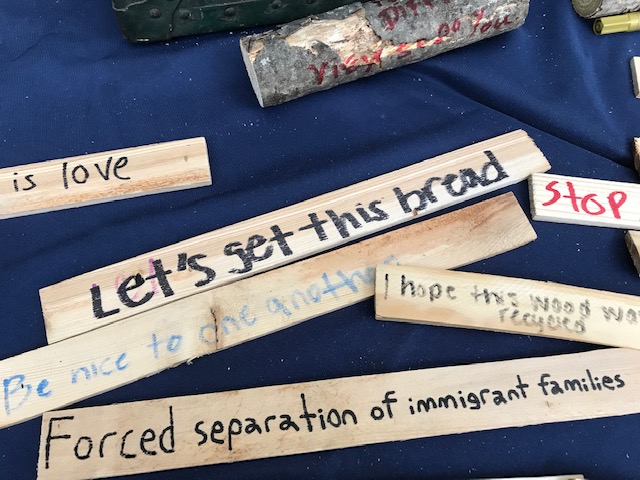 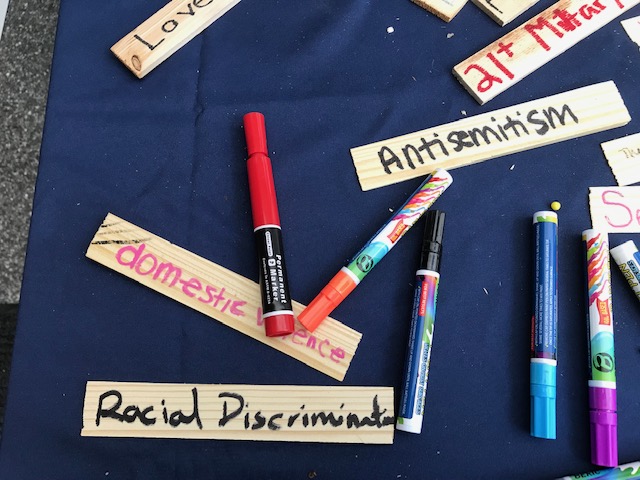 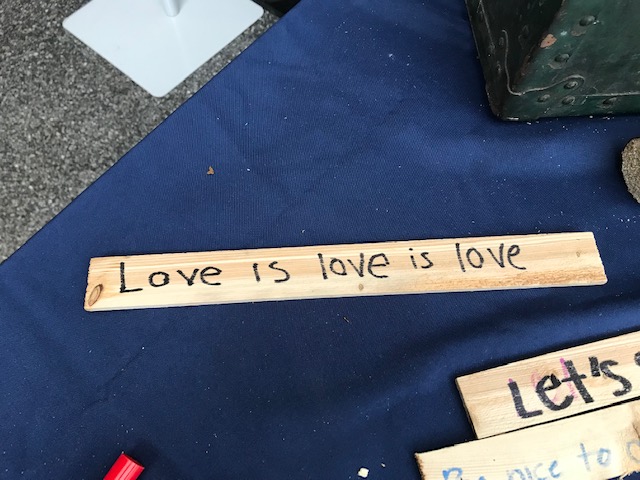 Truth Theatre at the Haywagon Stage

We Want Truth, Not Fiction. We Want Facts, Not Opinions!

COMPLICITY: We live in a state of self-imposed blindness. We are surrounded by things we do not want to see. Terrible things happen in our world. If we were not blind to them, we would be complicit. So we are pre-disposed to ignoring the truth; pre-disposed to complicity in a conspiracy to deny reality.

COMPLACENCY: We want to be comfortable. We want to carry on. If we don't lie to ourselves - or believe the lies that are told to us - we might be paralyzed by the honest horror of reality.

TRUTH: We live in a world where FACTS are increasingly called into question; where we make our own reality; where lies have become commonplace in public discourse. What does that do us - this constant denial of reality?

THEATRE: At different times and different places, theatre can serve many roles. At this time, and in this place, perhaps we need a theatre that re-connects us with truth, that provides facts; that lets us reset the orientation of our "reality compass" to the "true north". 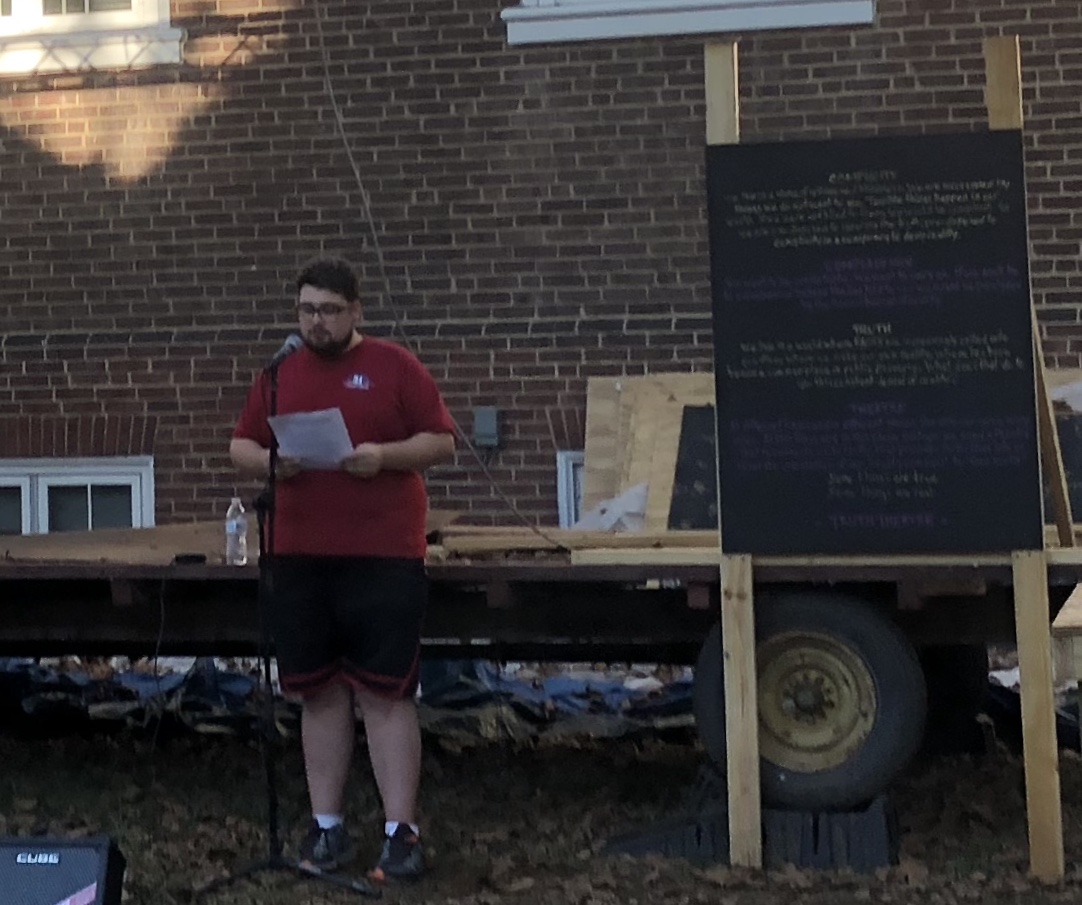 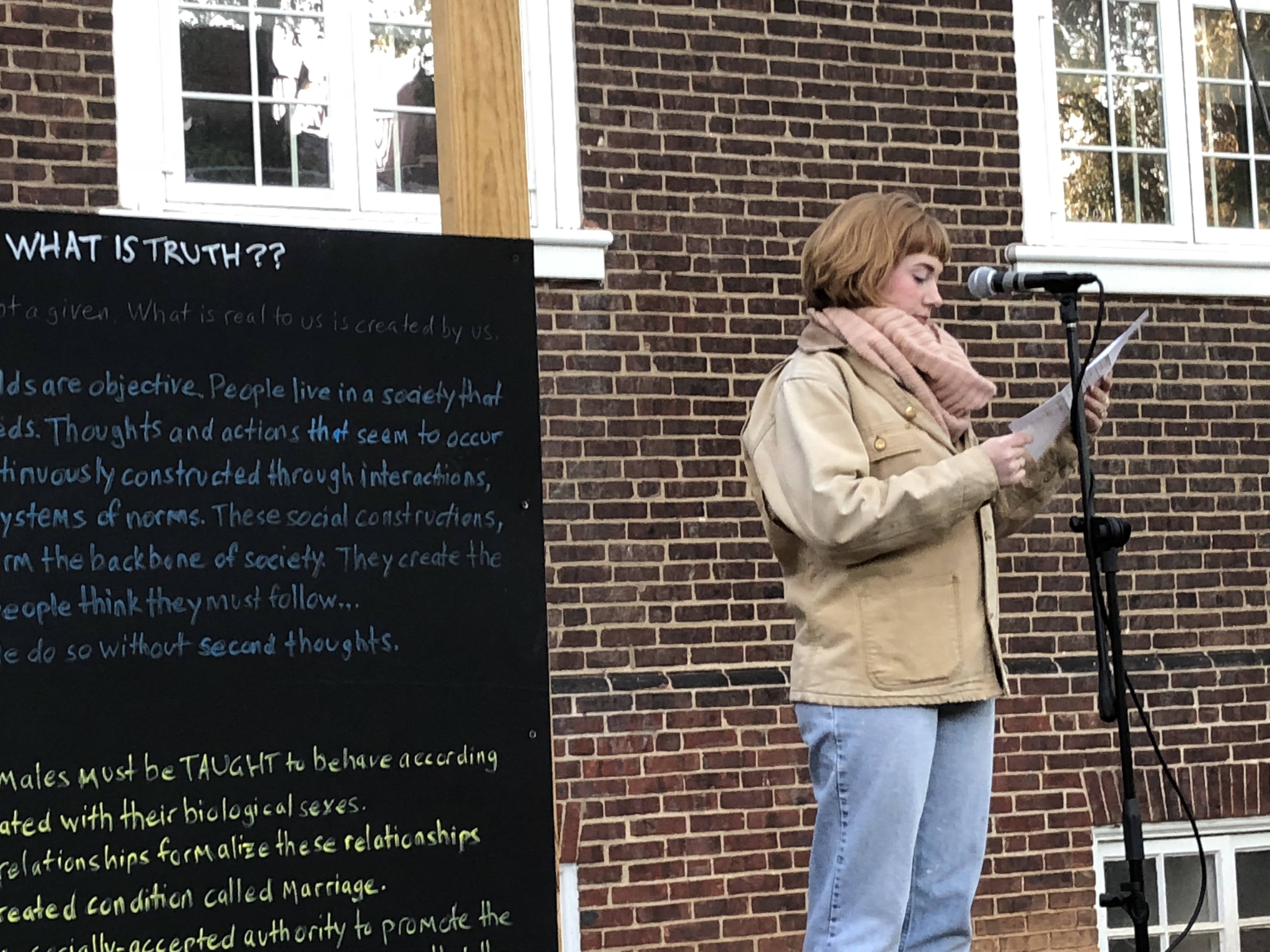 Moravian College Students read from lists that they have compiled of factual, proven data, in order to accentuate the difference between facts and opinions.

Moravian College’s Theater Company is adding an outdoor performance venue to our campus during 2018-19: the HAYWAGON STAGE.

Check out the videos from the Haywagon Truth Theatre

Moravian College’s Theater Company is adding an outdoor performance venue to our campus during 2018-19: the HAYWAGON STAGE. A wide variety of events will take place at this new temporary space: concerts, performance art installations, social gatherings, micro plays, and more. Many will pop up as a surprise! All of the events–no matter the style or artistic medium–will in some way provide for the free expression and learning with regard to this year’s InFocus: War, Peacebuilding and the Just Society. Departments, student clubs, and individuals from across campus may contribute–contact Professor Christopher Shorr (or co-directors, professors Dr. Daniel Jasper/Dr. Kelly Denton-Borhaug) for more information about how to get involved if you have an idea. 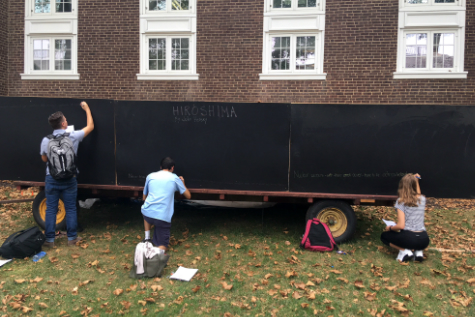 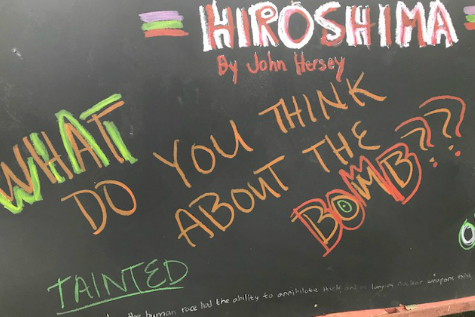