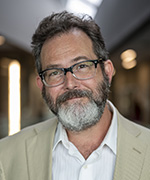 Christopher Shorr directs the Theatre Program on campus, is the Artistic Director of the Moravian University Theatre Company and is a member of the Touchstone Theatre company. Primarily a stage director and playwright, Shorr also works as a set designer and composer for theatre. Through all of his work, he strives to prevent students, audiences, collaborators, and himself from succumbing to complacency. He is particularly interested in the creation of new theatre pieces and in the aggressive re-working of classic texts.

Recent research has focused on the rise of authoritarianism. His satirical musical “DICTATORS 4 DUMMIES” premiered at Touchstone Theatre in 2018 and then toured to Poland, where it was presented by Teatr Brama. During pandemic quarantine, he made a feature film adaptation of the musical, titled "Tyrants of Tomorrow Telethon," using action figures instead of actors. The film has been featured at a number of festivals including the Liberty International Movie Festival in Seoul, Korea, which focuses on themes of liberty and human rights, winning awards including the "breaking the rules award" for feature film at the Paris International Film Festival. He recently completed a film adaptation of Andrii Bondarenko's "Peace and Tranquility" as part of a worldwide initiative through which the international theatre community is helping to raise funds for Ukrainian war relief.

He moved to Bethlehem from Petersburg, Virginia, where he was the founding Artistic Director of Sycamore Rouge—a professional, non-equity theatre and arts center. He holds a BA in Theatre Arts from Drew University, and an MFA in Stage Directing from Virginia Commonwealth University. 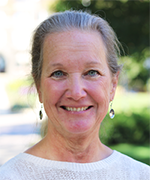 Dr. Coyne is Associate Professor of Practice in Public Health at Moravian University. Prior to her appointment at Moravian University Dr. Coyne was the Director of Health Advocacy and Policy at the Lehigh Valley Health Network in Allentown PA where she established the Health Advocacy Program and a medical legal partnership. She also has held a faculty position at West Virginia University teaching graduate students in public health. In addition, Dr. Coyne has experience working in state government and with a cancer research non-profit organization.

Dr. Coyne’s research focus includes health disparities, particularly those related to housing and food insecurity; health literacy; and health behaviors associated with social determinants of health. She has been the principal and co- investigator on several federally funded and philanthropic grants and has published in peer-reviewed journals, co-authored two book chapters, and served as presenter at regional, state and national conferences.

Dr. Coyne believes that being involved in one’s community as a way to affect positive change is very important. She currently serves on the board of directors at New Bethany Ministries in Bethlehem and is an active member of the Lehigh Valley Food Policy Council and the Lehigh Valley Regional Homeless Advisory Board.

Email Christopher Shorr (shorrc@moravian.edu) or Dr. Cathy Coyne (coynec@moravian.edu) if you are interested in planning and orchestrating initiatives, programs, and projects, or getting involved in InFocus programming in some other way.