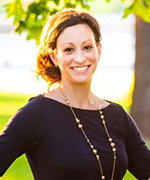 Lisa Busfield is an educator, dancer, and choreographer. She received her EdM in Dance Education from Temple University with a BA in Dance from Muhlenberg College. Currently, Ms. Busfield is the artistic director of the Moravian University Dance Company, and dance faculty for both Muhlenberg College and Moravian University. She has been on faculty at: Project Ballet, Purdue University Fort Wayne, Huntington University, University of Saint Francis and has served as the education director and administrative manager for Muhlenberg Community Dance Center. As a professional dancer, Ms. Busfield performed with Mikautadze Dance Theatre, the Fort Wayne Dance Collective’s Touring Company, Six Meters and has choreographed nationally. Her area of interest focuses on embodied practices in contemporary dance techniques through kinesthetic awareness and release applications as they relate to the individual in dance pedagogy, curriculum development, and composition. Ms. Busfield will be presenting her scholastic work with colleagues in the Fall of 2021 at conferences including: The Scholarship of Teaching and Learning Summit, The National Dance Education Organization, The Original Lilly Conference on College Teaching and is a current representative of the Lehigh Valley Association of Independent College's Dance Consortium. 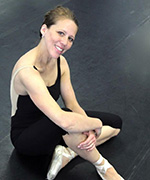 Karen Riehl is a native of the Lehigh Valley (raised in Forks Twsp.), where she began her training at Nardi’s Dance Studio and also studied with Alexi Ramov at the Lehigh Valley Ballet Guild.  Ms. Riehl has trained at numerous summer programs, such as Eglevsky Ballet and North Carolina School of the Arts. She was accepted into the PA Governor’s School of Performing Arts where she studied with master teachers in all forms of dance. She graduated with a BA in Dance from Point Park University. She performed for many years throughout the Lehigh Valley with DanceGing and various roles with Pennsylvania Youth Theater. Ms. Riehl was a dance instructor at Nardi’s Dance Studio for more than twelve years.

She also received her elementary teaching certification from DeSales University. Ms. Riehl taught for the Wilson Area School District for over 10 years and has choreographed musicals for Wilson Area High School while also teaching Dance Enrichment programs at the "Y" Daycare. She resigned from teaching in the school district to follow her dream of owning her own dance studio. In 2012, she opened Miss Karen's Dance Studio in Easton, Pa. 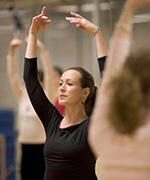 Mary Anne Gillen Hoffman began her dance training in the Lehigh Valley, was a performing member of the Ballet Guild of the Lehigh Valley and continued her dance education at Boston Conservatory. She performed with several dance companies in Boston, New York, and Pennsylvania. On her return to the Lehigh Valley, Ms. Hoffman taught for Ballet Guild, PA Youth Theater, Repertory Dance Theatre, Northeast Ministries, Dream Kids and many local studios. Her ambition to share her love of dance led her to create outreach programs in 7 schools in the Bethlehem Area School District. She is a past recipient of the LVAIC Award for Distinguished Service in Dance.  She was the Artistic Director of the Moravian University Dance Company for 12 years and after stepping down, accepted the position of Program Advisor. Presently, Ms. Hoffman is a ballet faculty member for the Lehigh Valley Charter High School for the Arts and an adjunct dance faculty at Moravian University. 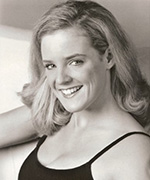 Jennifer Dite Weaver holds an M.F.A. in Dance from Temple University and a BA in Theater and Dance from Muhlenberg College. She has performed with Sesame Street Live, Eidolon Arts, NYC Broadway Cheerleaders, The Princeton Opera, The Pennington Players, Co-Art Dance Company and the Muhlenberg Theatre Association.  Her TV/film credits include He Said, She Said with Talk TV International, Marci X with Paramount Pictures, and commercials with Adidas, Bell Atlantic, and Time Warner.  She has choreographed Bye Bye Birdie and The Wizard of Oz for Ohev Shalom, Candide for The Muhlenberg Summer Music Theatre, and Jack and The Beanstalk for Playful Productions. Her teaching experience includes adjunct dance faculty at Moravian University, Muhlenberg College, Temple University, DeSales University and Mercer County Community College.  She is a member of Actor’s Equity and is presently full time dance faculty at The Lehigh Valley Charter High School for the Arts. 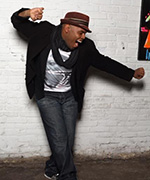 Sammy Reyes serves as a professor of dance and theater all over the tri-state area. Currently, he is the artistic director of his company, SANBROOKA Productions and an adjunct professor at: Muhlenberg College, Lehigh University, Cedar Crest College and Moravian University. He also served as an outreach artist for Koresh Dance Company.

After receiving a Bachelor of Fine Arts degree in performing arts from the University of the Arts in 2001, Sammy continued his dance training with Ronen Koresh, Rennie Harris, and Kip Martin. He was rehearsal director and dance member of Dance Theater X Project, directed by Charles O. Anderson. Sammy also completed touring the nation with television and radio artist, Raven Symone.

Sammy has worked for several theatre companies and choreographed for numerous productions including: Bombitty of Errors at the 11th Hour Theater Company where we was nominated for a Barrymore Award and Muhlenberg Summer Music Theatre production of In the Heights and the Muhlenberg mainstage productions of The Pirates of Penzance and Wig Out! Sammy has received the Cushman Acting and Theatre Ensemble award.

Sammy continues to choreograph independently for numerous events including the Philadelphia Gay Pride Event at the Kimmel Center. 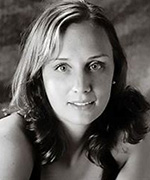 Rebecca Moyer holds her M.F.A. in Dance Choreography from State University of New York - Purchase College and a B.A. in both Dance and Business Management from DeSales University.  Ms. Moyer has studied at various institutions, including Dance Theatre of Pennsylvania, Governor’s School for the Arts, Philadanco, Point Park Summer Intensive, University of the Arts, Koresh School of Dance, Alvin Ailey School, Peridance, among many others.  Ms. Moyer has performed with Annex Dance Company, ContempraDance Theatre, ACTion Dance Touring Company, as a guest with the DanceGing Company in Allentown, and Penn State Abington Dance Company. Ms. Moyer has choreographed for the DeSales University Dance Ensemble, Marywood University Dance Ensemble, Penn State Dance Company, Xtensions Dance Company, ACTion Dance Touring Company and her works have been seen in various venues across the Pennsylvania and New York area, such as the Philadelphia Fringe Festival, Philadelphia Dance Fest, American College Dance Festivals and Gallery B in New York City.

Ms. Moyer has also had the opportunity to teach at various dance programs and dance studios in the Philadelphia and New York area. She is the co-director of Vada Dance Collective, a modern based dance company that is based in the Philadelphia area.  Presently, Ms. Moyer is on dance faculty at DeSales University, Moravian University and the Lehigh Valley Charter High School for the Arts. 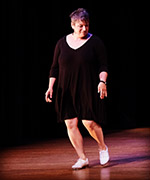 Nicole is the founder and director of T.A.P.: Teach All People (1995-2006 & 2013-ongoing). She has taught and performed with organizations across the country, including the New York Foundation for the Arts, the St. Louis Tap Festival, Soul to Sole (Austin), Columbus Taps, and Third Coast Rhythm Project (San Antonio). Nicole’s choreography has been commissioned by tap companies throughout the country, including RPM (San Antonio, TX), Tap Ties (Allentown, PA) and In Motion (Chester, NJ). Nicole joined Germaine Ingram, tap partner to La Vaughn Robinson, for performances in the Philadelphia DanceBoom! Series in 2005, held at the famous WILMA Theatre in Philadelphia, PA. Nicole is a featured speaker and performer on behalf of Dr. James ‘Buster’ Brown, in the Doctors of Dance Documentary filmed in February 2002, at Oklahoma City University, Oklahoma.

Nicole spent twelve years as an adjunct professor of Dance at Cedar Crest College and three years a Master Lecturer at the University of the Arts (Philadelphia, PA), teaching tap courses involving Musical Structure, Tap History and Improvisation as well as directing both the Cedar Crest and UArts Tap Ensembles. Currently, Nicole is a part-time Lecturer of Tap in the Dance Department of Muhlenberg College and also teaches tap at Moravian University, in the Jazz Music Department. 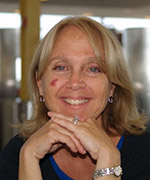 Gayanne Grossman is a dancer, physical therapist, author, researcher, and a performing arts medicine specialist. She served IADMS on the Board of Directors (BOD) over 12 years and is currently on the BOD, the Treasurer, and the Executive Committee. She is adjunct faculty for the Peabody Institute of Johns Hopkins University. She is the Director of Dance Wellness and adjunct faculty for Muhlenberg College Department of Theatre and Dance. She wrote the textbook: Dance Science: Anatomy, Movement Analysis, Conditioning and is Editor-in-Chief of the IADMS Bulletin for Dancers and Teachers. She published original peer reviewed research, authored the hip chapter for the American Physical Therapy Association’s (APTA) monograph on dance medicine, and the chapter on career transitions for the National Dance Association. She has given lectures, scientific presentations, grand rounds, and movement-based workshops world-wide. She chaired and helped design the dance curriculum for the certification course in Performing Arts Medicine for Performing Arts Medical Association (PAMA) in conjunction with the American College of Sports Medicine in 2018-2021. Gayanne served the APTA Performing Arts Special Interest Group on the BOD and chaired the Nominating Committee. She also served the APTA as a content expert for the Performing Arts Practice Analysis.

Gayanne received a Presidential Award for the keynote speech at the National Dance Association’s (NDA) Annual Conference in 2012. She was awarded fellowship status by IADMS for excellence in research and contributions to the field in 2014. The National Dance Society presented Gayanne with the Advocate Award Honoree for advocacy in the dance field in 2018. Her professional experience includes physical therapy services for the Pennsylvania Ballet, the University of Utah Departments of Ballet and Modern Dance, Muhlenberg College Department of Theatre and Dance, Temple University Department of Dance, and the Princeton Ballet School. Gayanne’s teaching and curriculum development experience in universities includes anatomy and kinesiology, research methods, modern dance technique, and dance conditioning. Gayanne has devoted her professional life to the health and wellness needs of performing artists. 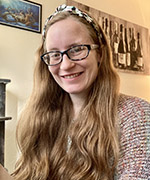 Samantha Anderson is a 2013 graduate of Moravian College with a Bachelor of Arts degree in English and a minor in sociology. She performed with the Precious Metals Dance Team for three years and studies trapeze/aerial arts with Aerial Mind. In 2018, she served as choreographer for the Moravian College's Theatre Company’s production of [title of show]. Over the years, she has choreographed several pieces for the Moravian University Dance Company. She currently works as an editorial assistant at Lehigh Valley Press. 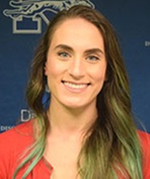 Bridgette Saba Whitermore, PAM-Mc, LAT, ATC earned her Bachelor of Science in Athletic Training with minors in theatre and dance from West Chester University of Pennsylvania and her Master's certificate in Performing Arts Medicine from Shenandoah University. Prior to her appointment to the Moravian College staff in September 2020, Bridgette served as the head Athletic Trainer and Assistant Athletic Director for a charter high school in Philadelphia, PA. Currently, Bridgette also works as the graduate teaching assistant for the Master's of Athletic Training Program at Moravian University and is a member of the Pennsylvania Athletic Trainers Society Committee on Practice Advancement.