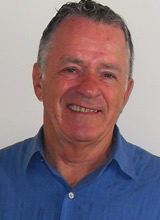 Best known for his advertising creativity in developing the “Milk Mustache” campaign and the “Mikey! He Likes It!” television commercial, Charlie Decker ’63 was born to a Bethlehem family of Moravian College alumni. He continued the Moravian tradition and in doing so met his future wife, Suzanne Astbury ’61. He graduated with a B.S. in economics, and later attended the Wharton School of the University of Pennsylvania for his M.B.A. Charlie held corporate positions with New York, Chicago, and Los Angeles advertising firms developing campaigns for Crest toothpaste, Pampers, Quaker Oats, Gatorade, Fisher-Price toys, and Warner Bros motion pictures. He returned to New York in 1996 and launched Decker Associates, an advertising consulting and real estate business. In 2004 he started dividing his time between New York and the Dominican Republic, where he established a foundation to help an orphanage named Niños de Cristo and its 135 children. Earlier this year he started the the Charles E. Decker Foundation which is helping close to 400 indigent or orphaned children across the Dominican Republic.

He is also writing a screenplay for a movie that takes place in the Dominican Republic called “Colmado.” Charlie remains close to his 93 year old mother, a married daughter Hilary, two brothers, and a sister. He also makes sure to save time for two of his other passions: his seven- piece traditional jazz band and sports